Croatia travel guides, reviews and inspiration for your next trip.

With its long, resplendent coastline and charming cities – it’s no wonder that Croatia is the country in Europe that’s on everyone’s lips. Over 1,200 islands and a rich history that’s always peeking out from the country’s cosmopolitan culture – you can see why it’s become one of Europe’s fastest growing tourist destinations.

Planning your trip to Croatia? Check out this Croatia itinerary for a step-by-step guide. Here are the things you shouldn’t miss on your trip.

The Best Places to Travel to in Croatia

I hadn’t heard that much about Zagreb before my first visit – so it took me completely by surprise that I discovered what has become one of my favourite European cities. Whether you’re popping into Zagreb for 24 hours or spending longer, you’re sure to be bowled over by one of the coolest capitals in Europe. Packed with stellar restaurants such as Bistro Vjestica and Lari & Penati, Zagreb is the perfect place to explore the rich flavours of the hearty national cuisine.

Perched in a spectacular location overlooking the Adriatic Sea, Dubrovnik is best known for its picture-perfect walled Old Town.

Unfortunately, the secret is out – if you travel to Dubrovnik be prepared to face the crowds. Totally worth it for the chance to explore the city’s well-preserved architecture and gorgeous streets.

Game of Thrones fans delight in tracing the steps of the famous program – Dubrovnik is the setting for King’s Landing after all. Love the programme? Check out my Dubrovnik Game of Thrones Guide.

Going to Dubrovnik? You shouldn’t miss the gorgeous Buza Bar for the best sunset views.

Staying a little longer? Don’t miss these cool day trips from Dubrovnik either and some off the beaten track destinations in Croatia.

Croatia’s second city, Split’s picturesque setting on the Dalmatian Coast is the perfect backdrop to explore its wealth of historical buildings and cool waterfront cafe culture.

Split’s biggest draw is the UNESCO Heritage Diocletian’s Palace – the fortifications of an old Roman palace set at the heart of the city.

Add to that a stellar beach and island-hopping opportunities to nearby islands and you can see why it’s such a popular spot. In other words, add it to your European bucket list right now.

Another UNESCO site – the Plitvice Lakes are no longer the hidden jewel that they once were. Even with the crowds, you can’t help but be struck by the magnificent system of lakes and waterfalls. Camera at the ready. It’s an easy day trip from Zagreb – certainly one not to miss.

It can be easy to forget that Croatia was once part of the Roman empire. Dalmatia, as it was then known, was a Roman province and the birthplace of the Roman Emporer Diocletian.

Pula in Croatia serves as a living reminder of this history: with its Roman amphitheatre and smattering of other Roman ruins. These are accompanied by numerous beaches on the quiet shores of the Istrian peninsula. 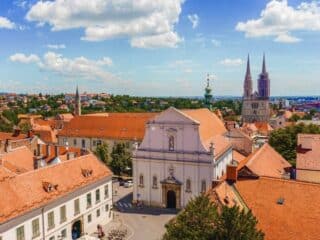 One Day in Zagreb: 24 Hours in Croatia’s Capital

Heading to the Croatian capital without a lot of time to spare? Here’s my step by step guide on how to spend one day in Zagreb to help you make the most out of your trip. Deciding what to see in Zagreb in one day can be a difficult task. While Croatia’s capital city is …

Read More about One Day in Zagreb: 24 Hours in Croatia’s Capital 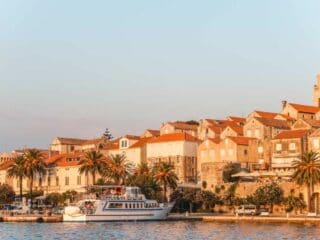 With buzzing cities, gorgeous islands and incredible natural scenery, Croatia is one of Europe’s coolest destinations. Planning your travels? Check out this step by step Croatia itinerary for the perfect 10 days in Croatia. So, I’m just finishing up my time in Croatia. It’s been pretty fabulous in truth. It’s the third time that I’ve …

Read More about The Perfect Croatia Itinerary: 10 Days in Croatia 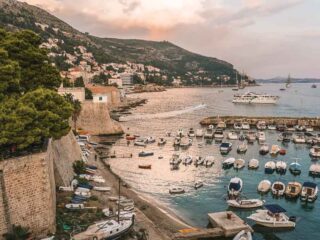 21 Awesome Things to do in Croatia

Ready to explore the very best things to do in Croatia? From extravagant ancient palaces to Game of Thrones location-spotting, you’ll never tire of this wonderful country. With its coastal cities branded jewels of the Adriatic, it’s no wonder that I’m so smitten with this sleepy European country.  In fact, Croatia is a place I …

Read More about 21 Awesome Things to do in Croatia 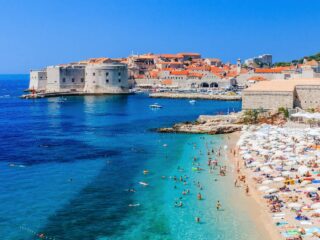 Discover the best of Dubrovnik’s beautiful beaches with this guide.  Dubrovnik has a lot going for it. Whether it’s gleaming as King’s Landing as Game of Thrones, or luring visitors with its heady mix of cliffside bars and stunning architecture, there’s no shortage of things to love about this city… and that extends to its … 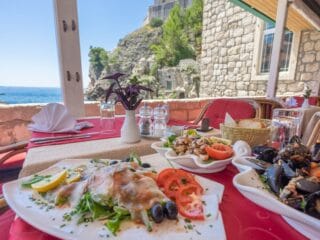 Discover the best restaurants in Dubrovnik with this insider’s guide. From high-end spots to local eats – these are the Dubrovnik restaurants you need to try.   It’s no secret that Dubrovnik is a beloved jewel on the coast of the Adriatic Sea. Once part of the independent republic of Ragusa, Dubrovnik traded with merchants from … 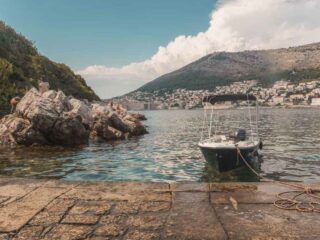 Planning three days in Dubrovnik and not sure where to start? Don’t miss this step-by-step itinerary – packed with handy tips and suggestions to help you plan your trip.  While locals call it the Pearl of the Adriatic, outsiders might only know Dubrovnik for its major role in Game of Thrones.  With marbled streets encircling …

Read More about 3 Days in Dubrovnik – The Ultimate Dubrovnik Itinerary 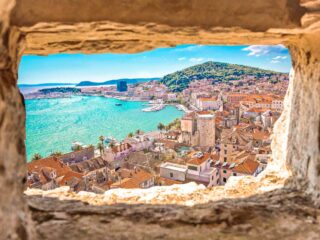 The Best Things to do in Split, Croatia

Looking for the best things to do in Split? Don’t miss this guide. Ah, Split. Where do I start? Split is one of the Adriatic’s most vibrant cities: bustling with a wonderful mix of modern life, ancient history and true Croatian culture. Stunningly positioned between mountains and sea, Split simply oozes charm.  Sure, it’s Croatia’s …

Read More about The Best Things to do in Split, Croatia

Love Game of Thrones? Visiting Dubrovnik? Don’t miss this step by step guide to discovering the best Dubrovnik Game of Thrones locations, complete with a self-guided tour itinerary and map. OK guys, stay cool. We’re going to talk Game of Thrones and Dubrovnik here. Much as I pretend to be laid back about things, say …

The Best Things to do in Dubrovnik: 33 Amazing Places to See in the Pearl of the Adriatic

Dubrovnik is a jewel of a city: a maze of gleaming marble streets and gorgeous views on the Adriatic coast. Looking for the best things to do in Dubrovnik? Here’s what you need to know.  Let me tell you one thing.  No matter how many good things you’ve heard about Dubrovnik, no matter how many …

Read More about The Best Things to do in Dubrovnik: 33 Amazing Places to See in the Pearl of the Adriatic 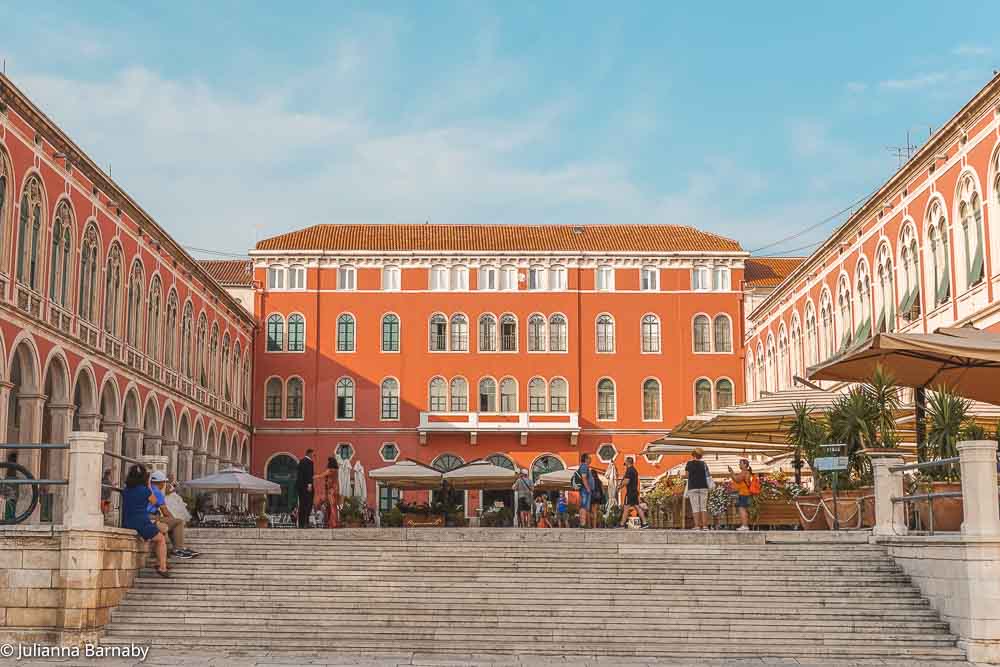 Where to Stay in Split: The Best Areas + Accommodation For Your Trip

Not sure where to stay in Split? Don’t miss this handy guide to the best hotels and areas in Split to help you plan your trip. Split is no secret – this stunning city, perched jauntily on the edge of the Adriatic has its fair share of avid fans – myself among them. Who could …

Read More about Where to Stay in Split: The Best Areas + Accommodation For Your Trip