Best Places To Go in Italy for a Fabulous Trip 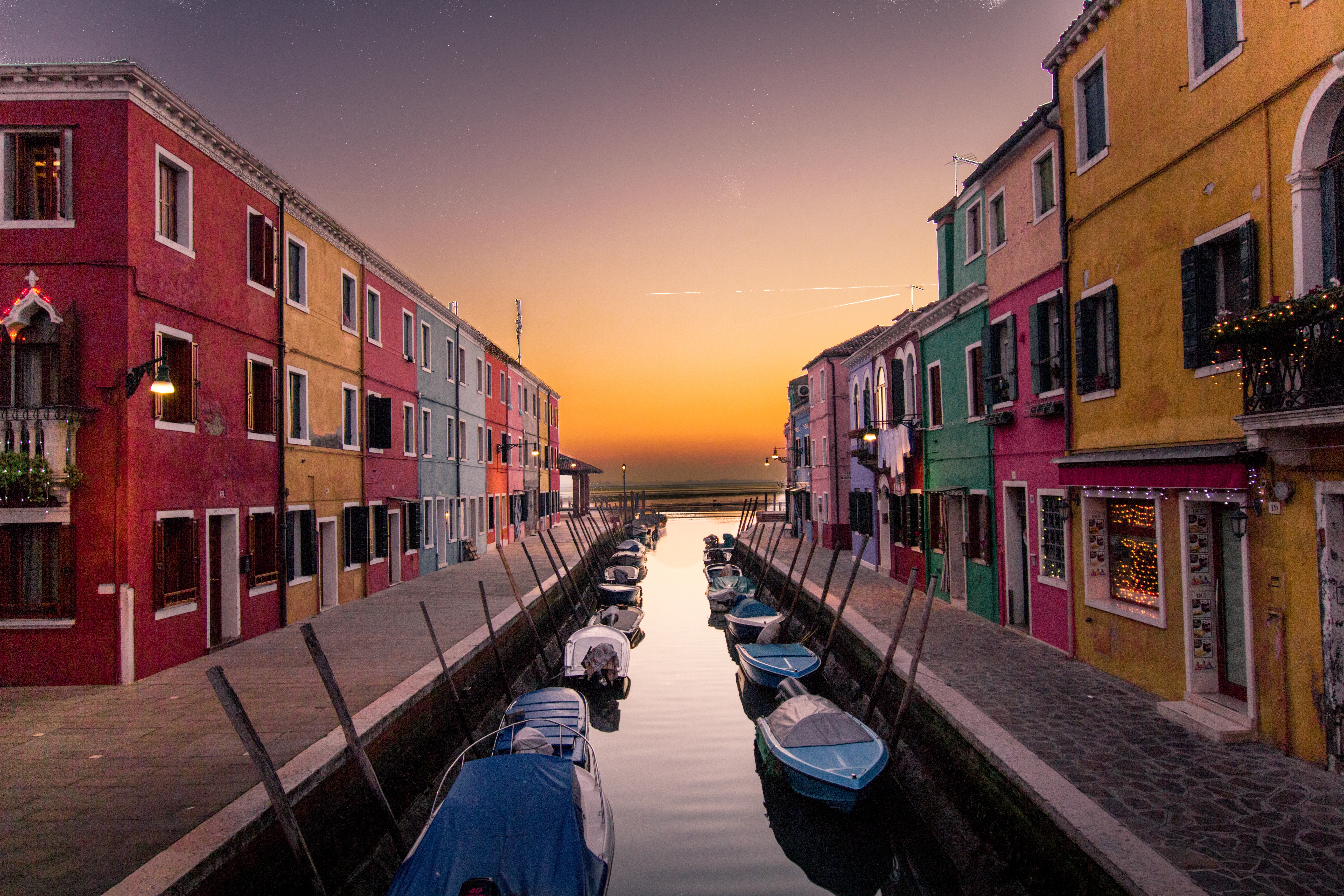 Milan, Pompeii, Rome…there’s no end of unique and unforgettable places to go in Italy. From the crumbling, medieval towns scattered across Umbria, to the narrow canals that zigzag through Venice, we’ve created a list of Italy’s top destinations for you to plan a trip to Italy.

Rome, the country’s capital, is understandably one of the most famous places to go in Italy – in Europe in fact. Home to many famous Italian landmarks such as the Colosseum, St Peter’s Basilica, and the Vatican, Rome attracts millions of tourists yearly.

So what attracts the crowds? A selection of ancient Roman ruins, famous monuments, and museums rich with three thousand years worth of history for starters.

Then you can add in the fact that Rome itself is a living museum: with fountains, paintings and sculptures spanning the entire evolution of art.

Food-wise, there are a variety of restaurants, pizzerias, and coffee shops to enjoy a coffee in Italy or an Italian cocktail (and we’d expect nothing less from the pulsating heart of Italy.)  And when you’re done with that, the Via Appia Antica is just a short distance away. Perfect for your trip to Italy.

One of the best places to go in Italy for: an overwhelming choice of places of architectural, cultural, and historical interest. A cool city break like no other. Read more: five days in Rome.

Trentino is one of Italy’s hidden gems. Tucked away in the north of the country, this mountainous region boasts spectacular views and a host of activities to keep you entertained during any trip.

In the summer months, hiking in the UNESCO World Heritage Brenta Dolomites, cycling and visiting the region’s unique wineries are the big draws, while in the winter, it’s all about skiing, and activities that make the most of this real-life winter wonderland.

How about horse riding through the snow? Learning to make regional specialities and enjoying one of the country’s true secret finds.

Read Next: Winter in Trentino – Adventures in the Dolomites

Second on our list of places to go in Italy is Venice, commonly referred to as The Floating City or the City of Canals. Venice earned this nickname due to being built on top of over one hundred islands that sit in a lagoon to the north east of Italy.

The city is most well known for the series of canals and bridges that act in place of roads, the pastel painted houses of Venetian locals and the many uniform, red roofed buildings.

While Venice offers a variety of museums, galleries, and cathedrals, you’ll also find a selection of chocolate shops, craft stores, and ice cream bars. Venetian food is a real pleasure – one you should totally indulge during your trip.

Hint: Try to travel outside of the peak summer months for fewer crowds and a more relaxing experience.

The capital of Tuscany (central Italy’s beating heart), Florence is often referred to as the ‘Birthplace of the Renaissance.’

Home to a collection of art and architecture, Florence is one of the best places to go in Italy for its rich culture, iconic sights, and hub of trendy, Italian fashion stores.

The city of Florence was mainly built during the Renaissance period, hence the many beautiful churches and monuments that cut across Florence’s skyline.

One of the main attractions of the city is the cathedral known as the Santa Maria del Fiore, but other sites include the Campanile, the Palazzo Vecchio, and the Baptistry.

The best place to shop in Florence is the Ponte Vecchio (an ancient arch bridge that lies across the Arno River) for the selection of jewellers, wine bars, and restaurants.

You should spend at least a week to truly make the most of this striking city, but if you’re short on time, a long weekend in Florence is the perfect city break.

Best for: History lovers and Instagram addicts – few places boast so many beautiful buildings in such a compact area.

Siena, located in Tuscany, is famed for attractions such as Siena Cathedral, Palazzo Pubblico, and Torre del Mangia.

There are also galleries, museums, and sculptures by the masters, including Donatello and Michelangelo.

Besides the beautifully carved churches and orange tinged medieval structures, Siena’s winding lanes are ripe for exploration.  Bustling with ice cream bars, patisseries, and bakeries along with fashion boutiques and traditional Italian restaurants.

Siena is ranked highly as one of the best places to go in Italy and is definitely a must go destination if you’re following our Travels through Tuscany guide.

Best for: Meandering around, soaking up the culture and stopping off for a coffee or or two.!

Renowned for its iconic Leaning Tower (itself one of the most famous places in Italy), Pisa is another city on our list of the best places to go in Italy. Located in the Tuscany region, Pisa houses a selection of shops, museums, and churches alongside botanical gardens and medieval structures.

Besides the fifty-six metre Leaning Tower of Pisa, some of the main attractions in the city include the Piazza dei Miracoli, Knights’ Square, and the Palazzo della Carovana.

Pisa also hosts many festivals throughout the year such as the Capodanno Pisano festival held during Spring.

Interrupting the rows of marbled monuments, romanesque buildings, and carved churches in Pisa sits a collection of coffee shops, trendy bars, and patisseries. It’s an easy jaunt from Florence too.

Best for: Getting the cheesy shot of you holding up the leaning tower, then realising that Pisa is a beautiful destination in its own right.

Read more: The Best Places to Visit in Tuscany

Naples is one of the best places to go in Italy, thanks to the wealth of history dating back to the second millennium B.C. Naples also draws visitors thanks to its proximity to the active Mount Vesuvius (you’ll remember that as the volcano that destroyed the town of Pompeii.)

Located in southern Italy, Naples is dotted with many landmarks such as the Duomo di San Gennaro and the Piazza del Plebiscito. Naples is also home to many palaces and castles including Castel Nuovo.

Alongside the range of galleries and museums, there are also many beautiful churches. Our favourite is the Cappella Sansevero.

A trip to Naples is not complete without a torch-lit tour through the underground, ancient tunnels that form the Napoli Sotterranea or a wander along the Via Toledo shopping street.

Naples gets more than its fair share of bad press but there are so many reasons that Naples is a great place to visit, you shouldn’t miss it.

Back in 79 A.D the once prosperous Roman city of Pompeii was destroyed after Mount Vesuvius erupted. The covering of ash, mud, and rocks has preserved the city of Pompeii and its neighbouring town Herculaneum.

Take a trip to Pompeii and explore ruins such as the Villa of the Mysteries, the Temple of Apollo, and the Amphitheatre of Pompeii. The crumbled walls, broken mosaics, and faded frescoes of the many houses of homeowners during 79 A.D draw you back in time to life in Pompeii some two thousand years ago.

Best Place to go in Italy for: Authentic Roman history speaking through the tall columns, open courtyards, and roofless homes scattered across the city.

Say Verona and everyone thinks of “Romeo and Juliet”. The city has become one of the most famous places in Italy thanks to the Shakespearean play, but we think it’s one of the best places to go in Italy for many more reasons.

Sure, there are many buildings throughout the city tied to Shakespeare’s tragedy (including a fourteenth century home often referred to as Juliet’s House), Verona is also speckled with many churches, museums, piazzas, and a medieval town.

The medieval town, located close to the Adige River, contains beautiful sites such as the Torre dei Lamberti and the Castelvecchio.

Besides the selection of quirky cafes nestled in between the whitewashed pieces of architecture that form the centre of Verona, you can also find a first century Roman amphitheatre also known as the Arena di Verona.

Time your visit right and you might catch one of the concerts and opera performances frequently hosted there.

Attractions of the city include the twelfth century Spoleto Cathedral, the restored first century Casa Romana , and the Temple of Clitumnus.

Want to explore more? We’ve picked our favourite Things to Do in Umbria just for you.

Spend your days flitting between Spoleto’s many museums, galleries, and basilicas. Don’t miss out on a visit to the Teatro Romano ruins. The small, grey stage surrounded by a semicircle of stone seats date back to the first century and is still used to host performances.

Best for: A relaxed trip through history. Spoleto might not be one of the most famous places in Italy but compared to the hustle and bustle of Rome, it provides a calm getaway without missing out on Italy’s culture and history.

No list of the best places to go in Italy would be complete without a mention of Bologna – Italy’s food capital.

Located to the north of Italy, Bologna offers a selection of Renaissance and medieval structures alongside domed churches such as the Sanctuary of the Madonna di San Luca and art museums.

Bologna might very well boast some of Italy’s best views. Climb to the top of the twelfth century Towers of Bologna to see what we mean. The city is also home to the Fountain of Neptune, the San Petronio Basilica, and the bustling Piazza Maggiore.

Best for: The assortment of ancient and modern architecture and a chance to explore the lesser-known Emilia-Romagna region.

Milan, otherwise known as the global capital of fashion, is one of the best places to go in Italy. Not only are there many buildings of historical and architectural interest (including the Milan Cathedral) but also Milan offers a range of designer stores, five-star restaurants and chocolate shops.

If you like your shopping with a slice of history, head to the world’s oldest shopping mall – the Galleria Vittorio Emanuele II.

More modern, but no less noteworthy, Milan Fashion Week has been taking place in the city since 1958.

Alongside palaces, museums, and galleries, Milan is home to the Santa Maria delle Grazie church which is where you can find Leonardo Da Vinci’s The Last Supper painting. These places are perfect for exploring Milan with kids.

Best for: All things chic and trendy.

Situated on the east coast of Sicily (the ‘toe’ island off the tip of Italy’s ‘boot’), home of famous spots like Syracuse and Taormina sits the port city of Catania.

Best known for its proximity to the active Mount Etna, Catania is also home to the Catania Cathedral that’s decorated with tall columns and marble statues, alongside museums such as Castello Ursino.

Catania is one of the best places to go in Italy for its swarming square named the Piazza del Duomo. While the square is dominated by the Fontana dell’Elefante statue and the Catania Cathedral, La Pescheria weekday market is one of the highlights of the city.

Whether you’d rather take a trip to the former home of the famous opera composer Bellini, or would prefer to wander the cool, echoey, art adorned rooms in one of the city galleries, Catania offers a little bit of everything for everyone.

Need a little more convincing? Here’s Why You Need to Plan Your Trip to Sicily.

So, there we are. The best places to go in Italy. Looking for more? You might also want to read a few tips for travelling Italy on a budget or the best way to see the Colosseum.

Where’s your favourite place to go in Italy? Let us know in the comments below! 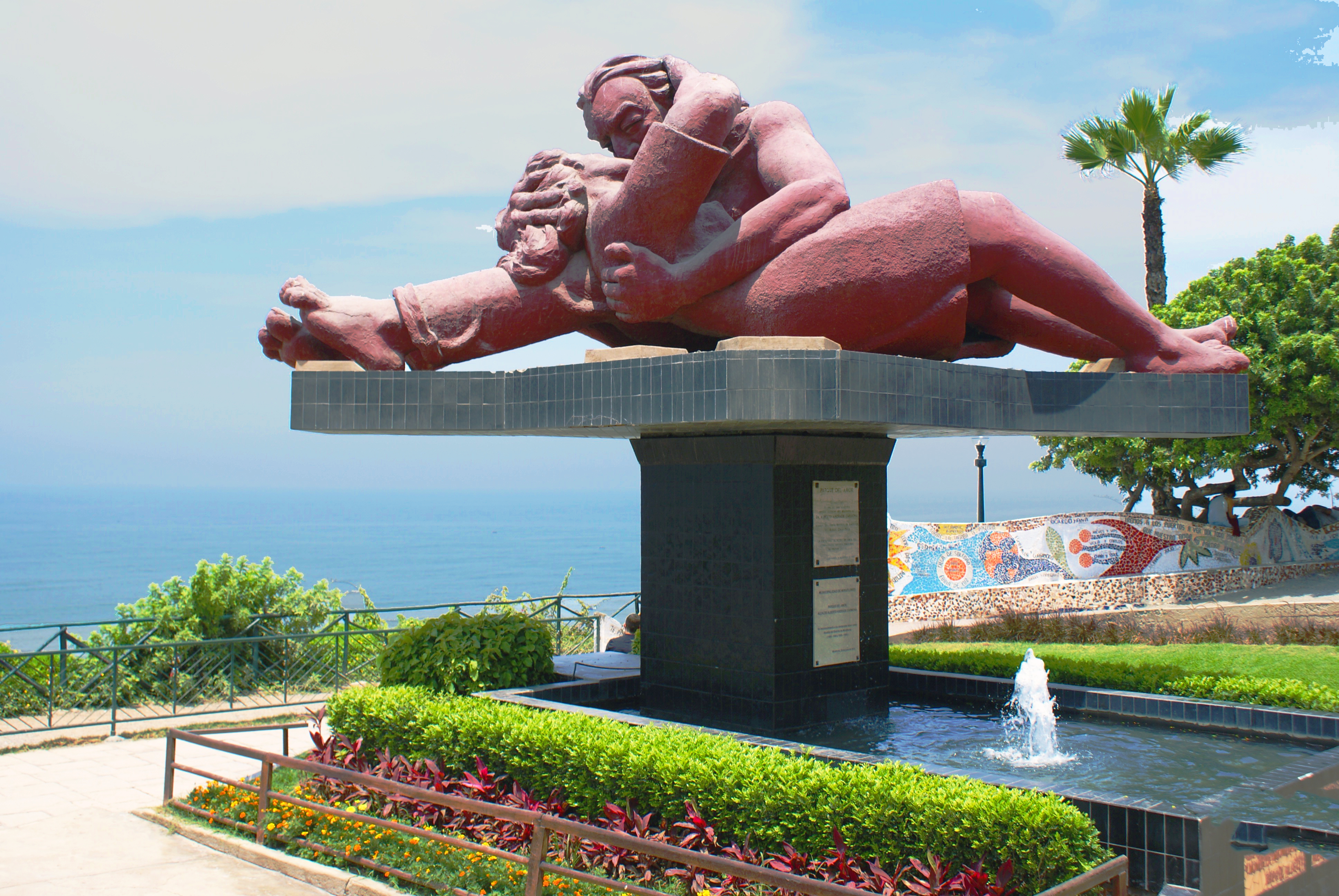 Previous
What to See in Lima, Peru in One Day 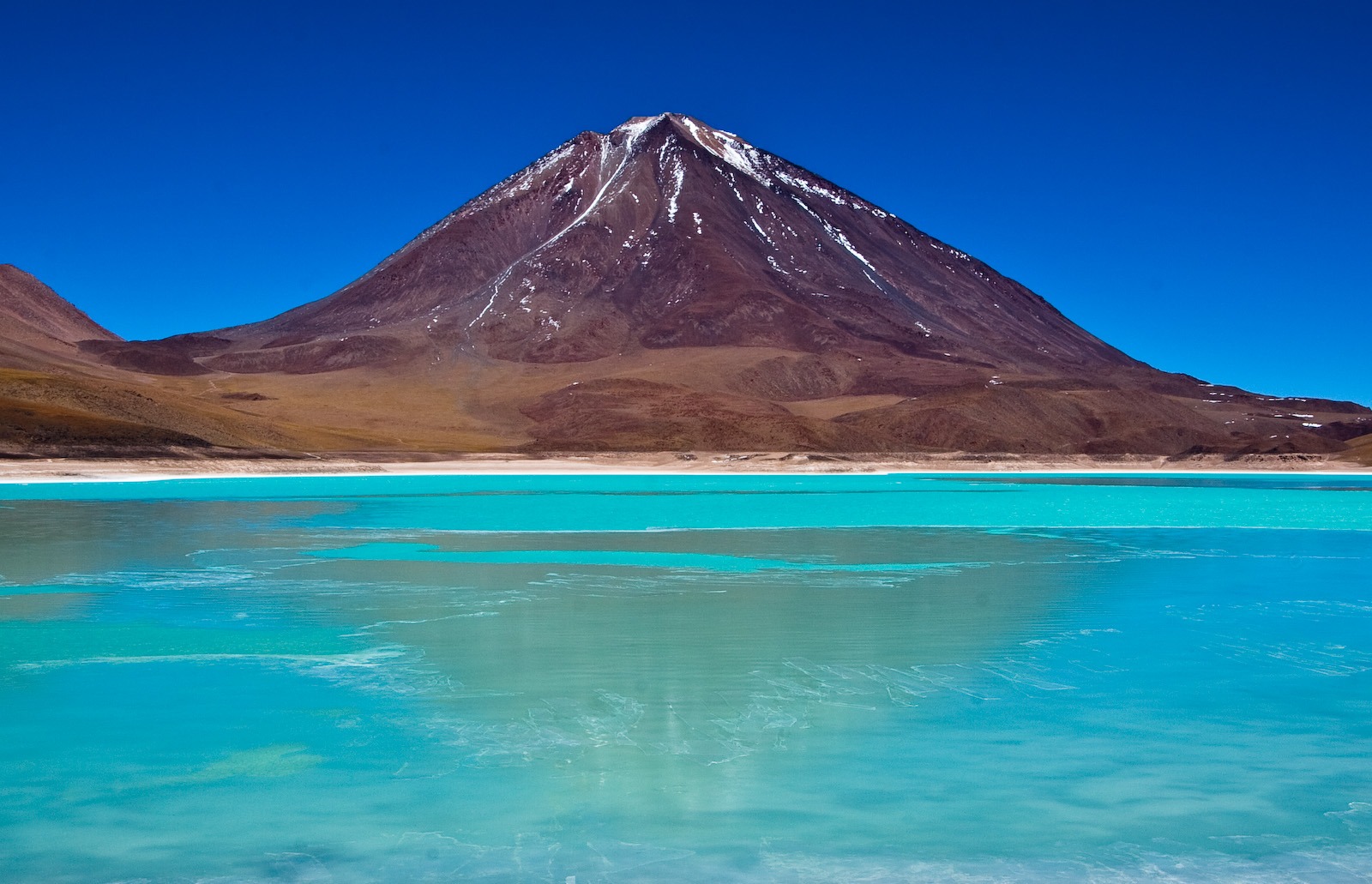