When’s the Best Time to See the Northern Lights? 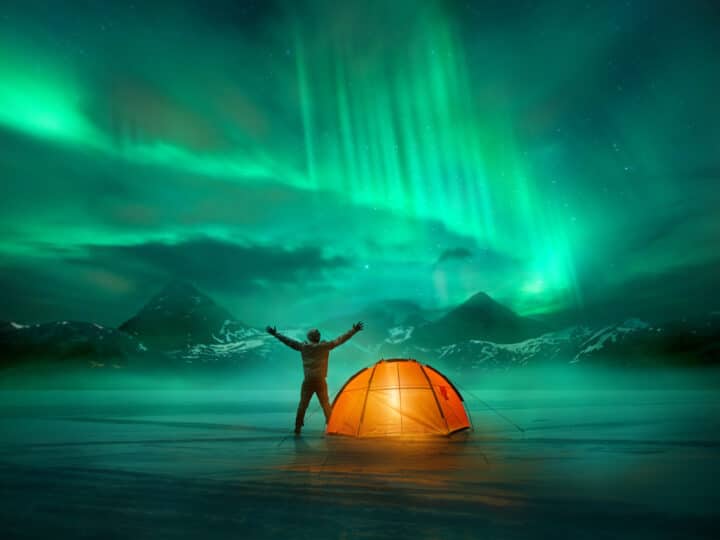 The Aurora Borealis or Northern Lights are one of the most spectacular natural sights in the world. Knowing when the best time to see the Northern Lights is key to giving yourself the best chance of success at seeing the aurora on your trip.

When is the Best Time to See the Northern Lights?

Generally, the best time to see the Northern Lights is between September and April when the long hours of darkness mean plenty of opportunity for seeing the aurora.

The Northern Lights occur throughout the year. During May, June, July and August the sun doesn’t dip far enough below the horizon for the skies to be dark enough to see the aurora.

As the Northern Lights are invisible during daylight, the rule of thumb is that the longer the sky is dark, the better the chance you have of seeing them. Seeing as you need darkness to see the aurora, try to time your visit to coincide with a new moon is also a good idea.

What Are the Northern Lights?

The Northern Lights are on most people’s travel bucket lists.

But what are they?

The Northern Lights are caused by a reaction of solar particles hitting the earth’s atmosphere and reacting with the oxygen and nitrogen within it.

To answer the question “what are the Northern Lights” in more detail, the Northern Lights are caused by the electrons and protons hurled out by solar flares on the sun’s surface entering the earth’s atmosphere and colliding with oxygen and nitrogen molecules.

A large proportion of the electrons and protons are deflected by the earth’s magnetic field, but some make it to the upper atmosphere.

The magnetic field is weaker at the North and South poles, so more of the electrons and protons make it through at these points.

Photons (light particles) are emitted as part of the reaction between the electrons, protons, oxygen and nitrogen – and together these photons create the Northern Lights.

Is There Anything Else I Need to Consider When Looking at the Best Time to See the Northern Lights?

Yes, lots. Some years are better for aurora activity than others.

You can buy a telescope to help with viewing the lights, but generally they can be seen with the naked eye.

There are a lot of other factors that influence when’s the best time to see the Northern Lights but these are almost impossible to predict.

Cloud Cover is one such thing. It’s easier to see the aurora when there are fewer clouds hiding it, but saying which months are likely to be less cloudy is a risky business.

Some say that there are fewer clouds after the winter snows have fallen (generally March and April), and others to avoid autumn as Northern hemisphere autumns are cloudier,  but it’s not worth planning the timing of your whole trip on this basis.

While you could assume that the winter months would be the best time to see the Northern Lights, there’s reasonable evidence to show that the Vernal and Autumnal Equinoxes (in March and September respectively) are actually a very good time to see them.

There are more geomagnetic storms in the Earth’s magnetic field at this time, meaning more photons and electrons make it through to the atmosphere to cause the phenomena.

Whether that’s true or not, the weather is certainly warmer at these times, so a Northern Lights viewing trip is more pleasant.

On the downside, you’ll need to stay up later for your chance to see them, as the daylight hours are longer.

Another benefit of travelling to see the Northern Lights during the warmer months is an increased chance of seeing the lights reflected on the surface of a large body of water.

The water generally freezes in the best Aurora viewing regions by the time you reach November.

The Solar Maximum and Solar Minimum

The sun goes through an activity cycle, which takes roughly 11 years to complete – each 11 years, it reaches the Solar Maximum point, which is when solar activity is at its highest.

Similarly, it will also reach the Solar Minimum, when the solar activity is at its lowest every 11 years as part of the cycle.

When Was the Last Solar Maximum? Can I See the Northern Lights This Year?

We tend to see strong displays of aurora borealis for two to three years before the Solar Maximum and after the Solar Maximum. As such 2017/18 were likely to be the best years for seeing the Northern Lights over the course of recent years.

The good news is that the next solar maximum is set for between 2024 and 2026 – so not that far away – and don’t forget the solar activity tends to build as it’s moving towards the maximum too.

Now I Know The Best Time to See the Northern Lights, When Should I Plan My Trip For?

September and March are a good time to go as you have enough daylight hours to go and do other things too.

As a sighting of the Northern Lights isn’t guaranteed, and is always a matter of luck and weather, planning your trip solely to revolve around them can lead to disappointment.

The equinoxes mean that there’s a relatively good chance of seeing the Aurora if it’s not too cloudy – aurora activity can be better in Spring and Autumn than in mid-winter, though this is not a rule.

There are so many factors at play in determining when the best time to see the Northern Lights is. The key factor is darkness so plan for darker months and during a new moon. Plus allow a number of nights to try and see the lights to give yourself the best chance.

What Time of Day is the Best to See the Northern Lights?

The general hour is any time when the sky is dark. But between 9pm and 2am is prime viewing time and when most viewing expeditions go out.

Where’s The Best Place to See the Northern Lights?

Iceland is the best place to see the Northern Lights from the UK as it’s the most affordable and convenient of the destinations mentioned to reach, though Tromso in Norway is another very popular destination.

In addition to this, it’s easy to set off independently to see the Northern Lights (although there are plenty of tours too) so you’re not tied to going on a group tour.

You need to distance yourself from artificial lights – so wherever you travel to for your Northern Lights trip, you should aim to head out of the city and into the countryside as far away from light pollution as possible.

Iceland is a great destination for seeing the Northern Lights. It’s easy to access from the UK and offers lots of options for your aurora viewing trip. Venture outside of the capital Reykjavik for the best viewing opportunities.

The Finnish Lapland region in particular has some great viewing opportunities with many tours operating there, so you can easily combine seeing the Northern Lights on your trip.

Head into Finland’s Arctic Circle for great aurora-spotting opportunities, combined with other winter activities such as husky-sledding.

The north of Norway is a spectacular location for seeing the Northern Lights, in particular Tromso and Alta which are both pretty accessible from the UK.

Travel in autumn, winter or early spring when the weather is most likely to be clear and it’s dark for most of the day.

Tromso is a 3.5 hour flight from the UK and offers great aurora-spotting opportunities throughout the darker months.

Swedish Lapland is a great place to see the Northern Lights. Abisko, in the Arctic Circle is reputed to be the best aurora-watching spot in the world.

This is thanks to its special microclimate which means it has less precipitation than other aurora-spotting destinations. Kiruna, Jukkasjärvi and Luleå are also good spots to head to.

Greenland may be a long way but it’s up there with the best places for Northern Lights viewing. It’s difficult to get to, but well worth it.

It’s especially good in autumn and winter when there are more hours of darkness, plus less light pollution compared to other regions.

However, outside of the capital, Nuuk and other cities, Greenland can be difficult to access in the winter months.

With its small size, Nuuk emits lower levels of light pollution than other cities, and displays over the city are frequent.

Otherwise, travel in September and March, when you can access more of the country.

Alaska’s vast wilderness is perfect for seeing the Northern Lights. Head into the Arctic Circle for the best chances of spotting the phenomena.

If you’re feeling the need to travel further afield and like the idea of seeing some Northern Lights in North America, then Canada is a good option

Canada offers the opportunity to see the Northern Lights in as wild a setting as you please. The Yukon and Alberta are the best regions to go to.

I Don’t Want to go out into the Cold. Can I See the Northern Lights Indoors?

Sure you can. There are lots of hotels offering indoor Northern Light viewing opportunities from the comfort of a warm room.

You can also tune into these livecams from your computer – it’s not the same but pretty entrancing nonetheless. 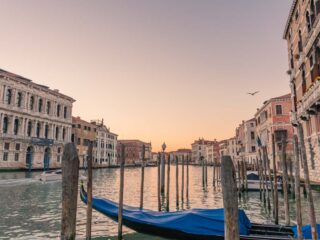 Next
Discover St Mark’s Square, Venice - Cool Things to do in the Piazza San Marco

18 luxury places to visit: where to go next when you think you've seen it all

[…] for flights to Tromsø   Further reading: The essential travel guide to Norway, How to plan the perfect trip to see the Northern Lights […]

Great post! I remember when I was preparing for my trip to Alaska and I had no idea where to start when it came to seeing the Northern Lights. Like you said, there is so much to consider and it is never never guranteed. I saw them briefly on my flight to Alaska but despite going out every night at the "right places", I didn't see them again because it was too overcast.

Thank you :) Hope its something you get to see soon!

Thank you - I'm so glad to hear that. Hope you get to go soon!

Thanks - glad that you enjoyed!