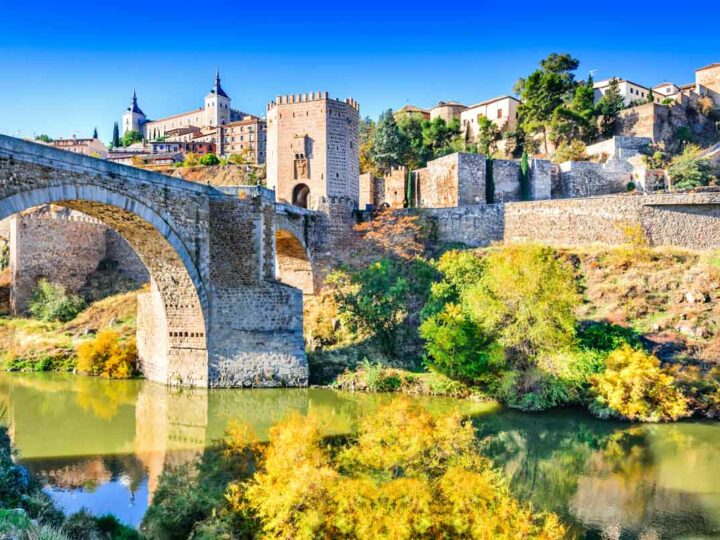 Spain is a fascinating country, brimming with history and culture. No matter how many times you visit, there’s always something new to discover. But how much do you really know about it? These 32 interesting facts about Spain will let you delve just that little bit deeper into the country.

Spain Still has a King

The monarchy was restored just before the death of dictator General Franco in 1975, when Juan Carlos I of Spain, grandson of the previous monarch, became king.

It has a National Anthem with no Words

Spain is full of quirks, but one of the odd facts about Spain is that its national anthem has no words.

It’s no secret that Spain is full of history, culture and incredible landmarks – but did you know that it has 46 UNESCO World Heritage Sites?

One of the more famous facts about Spain, the UNESCO sites are dotted all over the country, from the historic centre of Cordoba to the world-famous Alhambra, you shouldn’t miss them off of your Spain itinerary.

While Spanish forces gradually reconquered different regions throughout the course of the subsequent centuries – the Moors left their stamp on the country, from the beautiful palaces of the Alhambra to Cordoba’s Mezquita and Malaga’s Alcazaba.

Read more: Planning Your Visit to the Alcazar of Seville

And As a Result, The Country’s Got a Lot of Moorish Influence

The Moors – or more accurately, the Arabs in North Africa – were occupying a large part of Spain between 711 and 1492.

During that period, many elements of their culture became ingrained into Spanish society , including food, music and architecture.

I’ve already mentioned the incredible architecture, but it also extends to Moorish handicrafts, including the intricate tiles that you’ll find in many Spanish buildings.

Spain hosts the world’s oldest fiesta – the Romeria de Nuestra Señora de la Cabeza in the Sierra Morena has been going strong for over 800 years.

The Sanctuary of the Virgin is found on the top of the highest mountain in the Sierras – pilgrims make their way to the sanctuary to sing and dance in front of it during the annual festivities.

Spain’s 17 autonomous regions have strong identities of their own, stemming from the fact that they used to be a number of separate kingdoms.

Unification started when Ferdinand of Aragon and Isabella of Castile married in 1469. There has been a lot of agitation in some regions, most notably Catalonia, for independence from Spain.

A Spanish author changed the face of contemporary literature. Miguel de Cervantes is thought to have created the first modern novel when he wrote Don Quixote.

The Ingenious Nobleman of Don Quixote of La Mancha follows a nobleman who is obsessed with chivalry and sets out to become a knight-errant, before embarking on a set of adventures and experiences that lead him to renounce his chivalric ideals on his deathbed.

Read more: The Best Books to Read While Travelling

Every year they have a massive tomato fight in Bunol. La Tomatina is one of the fun facts about Spain that everybody knows.

The festival has been going since 1945, when a young man flew into a fit of rage and started throwing tomatoes at his friends – more people joined in, and so a tradition was born.

Authorities banned the festivities in the fifties but it was restored in 1957 after the residents held a mock-funeral with a tomato in a coffin to mourn their much-loved festivity. It has been going strong ever since.

Spain is Full of Quirky Traditions

There’s a tradition that you should eat 12 grapes as the clock rings in the new year. The idea is that you eat a grape on each stroke of midnight – if you manage to do it, you’ll have good luck for the new year.

Spain Has the Most Bars in Europe

Spaniards love a casual drink, so it shouldn’t come as a surprise that Spain has the highest number of bars in Europe. Things don’t get going until late though, so don’t set off too early for your night out.

Read Next: The Best Rooftop Bars in Madrid

Here comes one of my favourite fun facts about Spain: rather than the Tooth Fairy, the Spaniards refer to Ratoncito Pérez – a mouse who takes teeth left under children’s pillows and exchanges it for a gift.

The mouse first appeared in stories by Spanish writer Fernán Caballeron, but really took off when writer Luis Coloma used them in his stories, including one for the 8 year old Alfonso XIII.

El Gordo – the Spanish Christmas Lottery has the largest total payout in the world. Between them, winners receive a whopping €2,240,000,000. Merry Christmas!

Madrid is Home to the Oldest Restaurant in the World

Madrid is a foodie’s delight – it’s one of the best places to visit for foodies – but did you know that it is home to the world’s oldest restaurant?

Botin restaurant has been serving up dishes to eager punters since 1725 – don’t miss it the next time you visit the city.

Read more: One Day in Madrid

The Country Produces a LOT of Olive Oil

Spain produces around 44% of the world’s olive oil – more than double that of Italy.

It Has Over 8,000 Kilometres of Coastline

Everyone knows that Spain has a lot of beaches, but one of my favourite facts about Spain is that the country boasts more than 8,000 kilometres of coastline and over 8,000 beaches.

The coastline really is beautiful (away from some of the built up resorts) – from destinations such as Mojacar on the Costa de Almeria to the stunning beaches in Menorca, Spain is filled with gorgeous beaches and cool coastline. No wonder it has so many blue flag beaches.

Spain is all about the siesta – that’s just one of those Spain facts that everybody knows.

A tradition that dates back centuries, it’s believed to have started as an act of self-defence against the fierce midday sun, before evolving into a cultural staple that still carries on today.

Siesta time was traditionally between 2pm or 3pm to around 6 or 7pm, but these days it’s earlier – between 1 and 4 pm is most common.

Though It has Fluctuated in Popularity Throughout the Country’s History

Over the years, siesta popularity has fluctuated. It was popular during the dictatorship of general Franco when he tried to ban all nightlife with stricter closing hours – but it was widely ignored.

In the last three decades, however, it has been applied more seriously and become a cultural tradition practiced by all strata of society.

It’s Not Illegal to be Naked in Public

Following on nicely from talking about beaches – one of the fun facts is that it’s not illegal to be nude in public.

Now, while you can exercise the right to parade down the street naked, general ideas of decency mean that nudity is mostly confined to the beaches.

There are a lot of nudist beaches, but you’re totally entitled to strip off on a non-nudist beach. No more tan lines.

Grow Your Own Takes on a Whole New Meaning in Spain

One of the lesser known facts about Spain is that you can generally grow and smoke weed for personal consumption. The law’s a bit hazy – it’s not completely legal but Spanish drug laws don’t extend to private residences, so you’re OK to blaze up at home.

You’re still not allowed to smoke in public though – it’s counted as an act against the public, for which you can be fined heavily.

It Used to Have the Lowest Marrying Age in Europe

One of the odd facts about Spain is that it is traditional for Spanish people to have two surnames – one from each parents. The practice is dying, but some still uphold it.

Spain is huge – over 500,000km 2 – making it the second largest country in the European Union. Only France is larger.

And a Lot of Land is Dedicated to Winemaking

There’s no shortage of wine in the country – so it maybe doesn’t come as a surprise that over 1 million hectares of the country is used for winemaking.

Because they Make a Lot of Wine

Spain also just so happens to be the second-largest producer of wine in the world.

Madrid is in the Centre of the Country

You can find the exact centre of Spain in Madrid’s famous Puerta del Sol – a large square in the city that you should add to your Madrid itinerary.

Spain Means The Land of the Rabbits

Spain’s name has Roman origins. España stems from the Roman name Hispania, a bastardised version of Ispania, which was the Carthagenian word meaning “the land of the rabbits”.

There’s More than One Official language

Spanish people live a long time: an average of 79 for men and 85 for women – that gives them the second-longest life expectancy in the world – after Japan.

The Country Uses a Lot of Green Energy

Spain has been at the forefront of implementing green energies in Europe – with widespread implementation of solar and wind energies, over ⅕ of the country’s electricity is now generated by wind power.

On windy days, up to 70% of the Iberian peninsula’s power is generated by wind turbines on Spanish soil.

The Catalans Are Still Fighting For Independence

Catalonia’s desire for independence has been a thorn in the side of the Spanish government since the 19th century.

The Spanish Civil War (1936-1939) saw them finally gain autonomy, but their dreams were dashed once again after General Franco’s victory.

The name España wasn’t used to refer to the country until the late 14th century. Before that, people called it The Spains – a plural suffix that referred to all of their lands across the Iberian Peninsula and beyond.

That changed when Isabella II became Queen of Castile and Aragon, merging both kingdoms together.

There are 5 million people living in Spain who cannot stand the Spanish monarchy. The highest representative of this institution – King Felipe VI – has an approval rating of just 18% .

However, there are some who adore the royals. 46% of Spanish people are in favour of retaining them as head of state, while 9.6 million viewers tuned into his wedding to Letizia Ortiz Rocasolano (now Queen Letizia) back in 2004 .

There we are, 32 interesting facts about Spain. How many did you know before?

Want to read more of my Spanish travel guides and tips? Start with these… 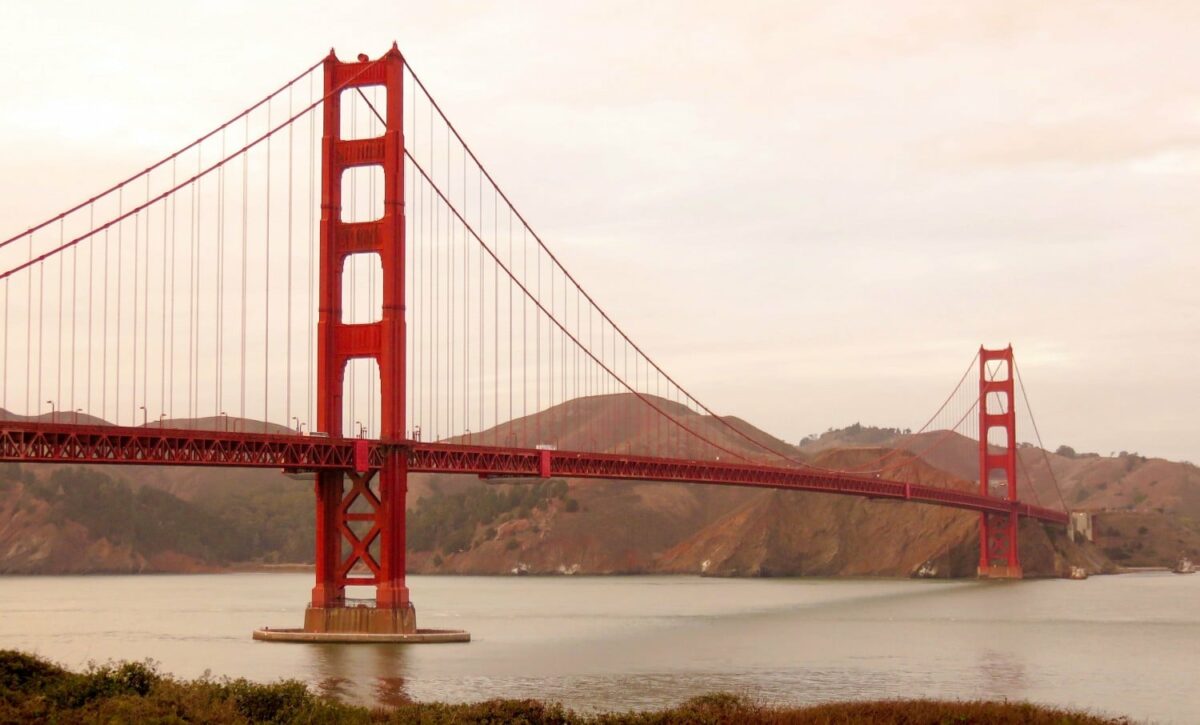 Previous
USA Bucket List: 55 Brilliant Things to do in America 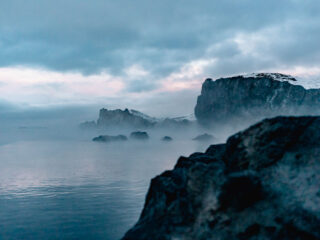 Next
The Best Things to do in Reykjavik, Iceland