Visiting the Alcazaba in Malaga: A Practical Guide

The Alcazaba should be at the top of your list of things to do in Malaga. An old Moorish palace, boasting beautiful views out over the city and the sea, don’t miss this practical guide to planning your trip.

Visiting Malaga and the South of Spain? Don’t forget to check out these useful guides too:
– A step by step Spain itinerary
– The best things to do in Malaga
– Visiting the Real Alcazar of Seville
– 27 Cool and Interesting Facts about Spain
– The Best Things to do in Spain

Why Visit the Alcazaba?

Everyone and his dog has heard about (and taken the obligatory picture in) Granada’s Alhambra. It’s a little-known secret that almost every major town or city in Spain has an old alcazar (palace).

Malaga is certainly no exception – while the Alcazaba isn’t on the same scale of the Alhambra, it’s a beautiful example of Moorish architecture. Extensively restored, visiting the Alcazaba is a chance to experience old Al-Andalus. But without the heaving crowds found in some of the region’s bigger historical sites.

I was curious enough about the Alcazaba to go and visit but, in truth, I wasn’t expecting that much.

It was a pleasant surprise. I was completely enchanted with what I found: a gorgeous collection of well-preserved buildings with far-reaching views out over the city and the sea. The Alcazaba of Malaga was hands down one of my favourite places in the city and I suspect that it will be yours too.

The Alcazaba – Past and Present

When the Alcazaba was built it was one of Malaga’s most important defensive buildings (the other being the Gibralfaro).

It was built at a time when Arabs ruled over southern Spain and Portugal.

Malaga was an important city in Moorish Andalusia thanks to its seafront position and busy port.

Defending it, whether from the pirates who frequently raided these areas or from Christian troops during the reconquest, was paramount.

The citadel passed from Hammudid to Nasrid rule, before the city was reconquered by the Christians after the six-month siege of Malaga in 1487.

The Alcazaba, like other Moorish fortress palaces dating from that period, was instrumental in helping to defend the city.

As you walk around, you can’t help but spot architectural features that give you a glimpse of the building’s former use.

Narrow slits from which arrows could be fired, a double set of walled enclosures, studded with defensive towers to spy and withstand attack: defense was paramount. Two of the three protective walls remain, with over 100 towers.

Most importantly, the Alcazaba boasted an elevated position that meant that watchmen could see what was happening for miles around.

There isn’t much information about what you are seeing when you are visiting the Alcazaba – a shame as the buildings have such an interesting history.

Pay your entrance – your first stop is the Puerta de la Bóveda (Gate of the Vault), which acts as the gateway to the outer citadel. As a clever piece of defensive construction known as a puerta en recodo, the Puerta forces all who pass to double back on themselves, slowing their progress.

Next up is the elegant Puerta de la Columnas (Gate of the Columns) – so named from the old Roman columns used in its construction.

The contrast between the Roman columns and Moorish horseshoe arches is striking. The Moors frequently reused parts of older buildings in their architecture (you can also see this in Cordoba’s elaborate Mosque-Cathedral).

You access the Alcazaba’s inner enclosure through another gate, which forms part of the Torre del Cristo (Christ’s Tower).

Walking through the puerto is like stepping back in time. Lush gardens trickling with water, bougainvillea draping from brickwork in a burst of colour, defensive bastions overlooking the coast – it’s so peaceful and quiet.

The Plaza de Armas – an immaculately-kept garden, dotted with fountains and shady nooks – makes a nice rest stop before you head up to the Palace itself.

Pass through the Puerta de Cuartos de Granada (the Gate of the Granada Quarters) to the upper section of the citadel.

Impressive as the fortifications and exteriors are, much of the Alcazaba’s appeal lies in the Palace (also known as the Cuartos de Granada) itself.

Tucked away in the inner enclosure, the palace features a number of architectural similarities to the Alhambra.

Constructed during the same Nasrid dynasty – it’s like the Alhambra in miniature. Open courtyards, Caliphal arches, marble columns, private balconies… all welcomingly cool in the heat of the day.

Set aside at least an hour to explore the palace’s numerous buildings and outside spaces.

Skip the archaeological museum unless you’re into that kind of thing. There’s not enough information about the items on display to make it particularly interesting.

The Alcazaba’s elevated position means that it’s a great spot to capture some of the best panoramic views of Malaga.

The old town is such a warren of small alleys and narrow roads that it was a real surprise seeing it all from above. The other side of the Alcazaba treats visitors to views of a different part of the city and out to sea.

Planning Your Visit to Malaga’s Alcazaba

Free entrance on Sundays after 2pm.

You can buy combined entrance tickets for the Alcazaba and the Castillo de Gibralfaro. Note that it’s a steep (and hot) 40 minute walk to get between the two. Alternatively, catch bus no. 35.

The Alcazaba is in Malaga’s old town, behind the ruins of the roman amphitheatre. Parking is scarce and expensive in the city centre, so you are better off navigating on foot.

The Alcazaba’s entrance is next to the Roman Theatre on Calle Alcabazilla.

Looking for a slightly different experience? You can book onto a tour of the Alcazaba and the Roman Theatre next door with Get Your Guide.

Helpful Hints for Your Malaga Trip

I hope you’ve found this practical guide to visiting the Alcazaba in Malaga useful. Don’t miss more of my Spain travel guides. 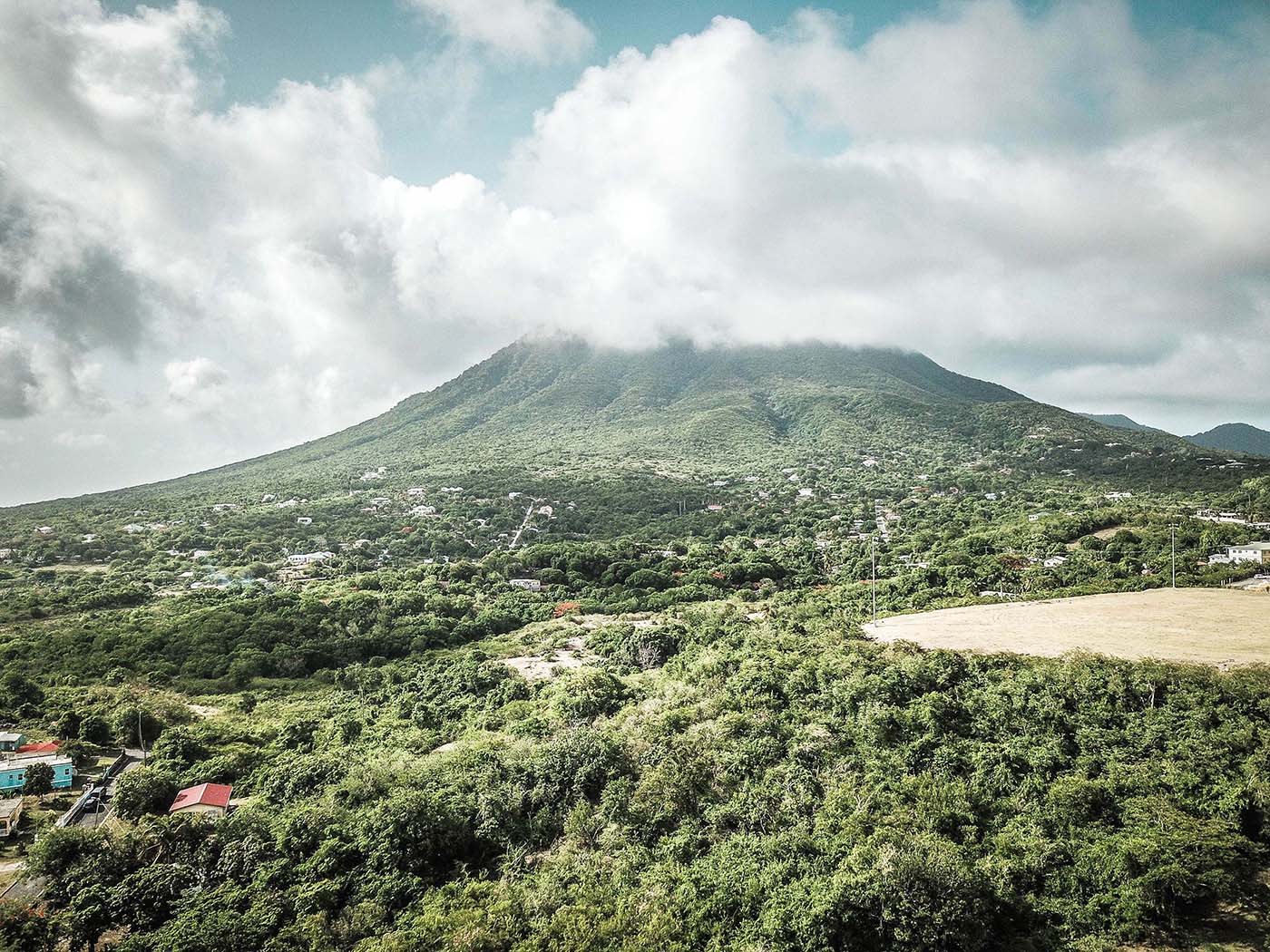 Previous
Nevis Travel Guide: Things to do, How To Get To and Where to Stay In The West Indies’ Best Kept Secret

The Six Most Awesome Things to See and Do in Malaga!

[…] will be pleasantly surprised by how much there is to see and appreciate in the unassuming Alcazaba. It is definitely one of the most awesome things to see in […]