The Best Time to Go to Mexico 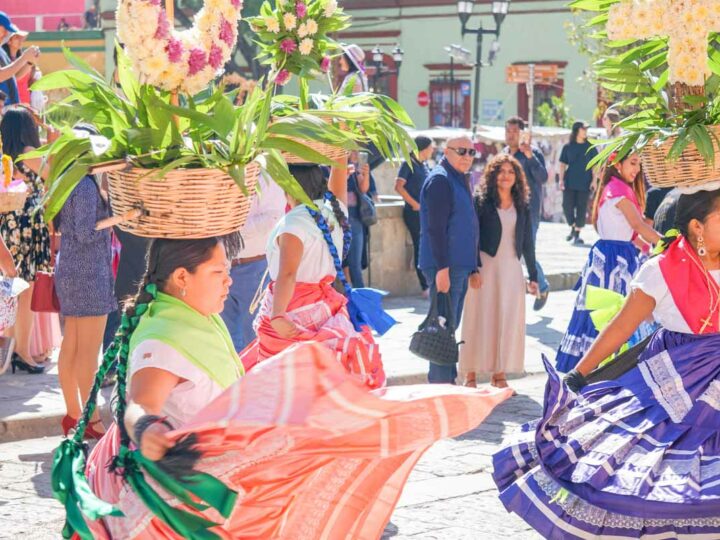 When is the best time to go to Mexico? Which are the best months? This comprehensive guide will answer all of your questions and help you plan the perfect trip.

The high season in Mexico typically runs from December to April, when the weather is warm and sunny. This is the busiest time of year, so expect crowded beaches and popular tourist destinations.

If you’re looking for a more peaceful visit, consider traveling during the low season from May to November.

While temperatures are still relatively mild, you’ll have smaller crowds and better deals on hotels and airfare.

The Best Time to Visit Mexico: Region by Region

Mexico is a vast country with many different regions, each with their own unique climates.

From the northern arid mountains down to the white sand beaches and lush jungles in the south, any trip to the country will often crossover many microclimates.

Deciding when the best time to go to Mexico is a challenge, as it really depends on where you plan on spending your time and what activities you hope to do and why you want to go to Mexico.

You also need to take into account when the more popular months to visit Mexico are and any Mexican festivals and holidays which might influence prices and your budget.

The Yucatan Peninsula has a mostly tropical climate (planning a trip? Read my tropical vacation packing list) and sees very warm and often humid temperatures all year round.

The best time to visit the Yucatan area tends to be the dry winter season from December to April, when the weather is more predictable and the skies are clear.

However, from mid-February to April is also spring break time and the Riviera Maya (including Tulum) and Playa del Carmen in particular see booze-fuelled parties and high prices, making December and January the best months to visit overall.

June to October is considered the rainy season for much of southern Mexico.

July and August are extremely hot and humid in Yucatan and September brings the hurricane season through the coast, making most days complete washouts, depending on the year.

The rainy season ends around mid-October on the Pacific Coast meaning the best time to visit the western beaches is from October to December, before the big holiday crowds arrive.

From mid-December onwards until March, much of the Pacific Coast is crowded as the perfect winter weather sets in.

Between December to February is when you’ll find the humpback whales and their babies around the coast near Puerto Vallarta, which is one of the Pacific Coast’s most popular attractions.

August and September are the heart of the rainy season and the hottest period for the Pacific Coast meaning the streets are deserted and prices drop.

It’s certainly not the most pleasant time to visit because of the high humidity and constant rainy days, however, the chances of a hurricane are slimmer than on the Yucatan Peninsula meaning for bargain hunters, it can be a cheap time to visit.

There is hardly a bad time to visit Mexico City and the capital is certainly pleasant all year round.

Southern Mexico’s high season from December to April is a good time to visit Mexico City as well because you can see the full festive spirit of Christmas and have the dry and cooler weather.

However, Spring is considered the best season to visit the city.

The rainy season doesn’t start until later in Summer, the days are warm, the jacaranda trees are blossoming, and a lot of the crowds have escaped to the coastal areas for holidays.

The rest of the year is regarded as the least appealing time to visit Mexico City as the wet and humid days in Summer are unpleasant and Autumn is cooler than other times.

The only exception would be November, which is a good month to visit because the weather is warming up and the Day of the Dead celebrations are a joy to experience.

Puebla, a popular day trip from Mexico City, is the same in terms of best time to visit.

This means that it sees extreme weather patterns from close to zero winters to 40 degrees in summer.

These are not the ideal times to visit if you prefer to steer clear of weather extremes.

The ideal months to visit the northern regions, including the Copper Canyon, are October to November when temperatures are moderate and hiking conditions are perfect for anyone wanting to explore the mountains on foot.

March to April are also good months, although the air can still be cold and it’s often quite windy around the canyons and mountain tops.

The high season for the Baja California Peninsula runs around the same time as southern Mexico from December to April, when the weather is most comfortable and stable.

Between February and March is the prime whale watching season and hordes of people descend on the peninsula to get a glimpse of the Pacific Grey Whales as they migrate from the Arctic to give birth in the warmer waters.

The cheapest seasons are in Summer and Autumn between May and September when the rainy, hurricane season hits meaning lower crowds.

However, it’s for good reason, as the weather conditions means many of the peninsula’s top activities like surfing, diving and sunbaking are not feasible during that time.

Best Time of Year to Go to Mexico: Things to Consider Before Booking Your Mexico Trip

What is the Best Month to Travel to Mexico?

If you are visiting Mexico on a budget, for all round good prices and reasonably low crowds, November is arguably the best month to go to Mexico.

It’s just at the end of the wet, hurricane season and the weather is suddenly dry with low humidity but still warm with cool nights.

The jungles in the south are lush and green after the rains and the air is still cool enough to climb over ruins and go exploring in the middle of the day.

It’s also ideal hiking weather in the north, just before the cooler winters hit up there.

When is High Season in Mexico?

High season in Mexico generally runs between December to April. These months are considered the dry season for much of the country and bring the most comfortable temperatures.

However, Christmas and Easter periods are also holiday times for locals as well as foreigners, and transport and accommodation tend to be crowded and more expensive.

From February through to April is also the spring break period and American college students flock to the coast, especially Cancun and Los Cabos, to party and drink for days on end.

Prices are generally higher during this time.

July and August are emerging as a kind-of second high season in Mexico because, although stifling hot and humid with more rainy days, it’s a popular holiday time for foreign tourists coming from Europe.

Expect high prices and crowds along the coastal areas during this time.

The Cheapest Time to Visit Mexico

February to March have some of the cheapest flights from Europe to Mexico City according to SkyScanner.

However, it’s also during the peak travel season in Mexico and prices on the ground in terms of accommodation will be at their highest.

The months between July and October generally tend to be when you can score cheap accommodation prices, as low season means rates can drop as much as 40 percent.

September is considered one of the cheapest months to fly to the coastal areas and major cities in the south.

However, if you’re wondering when is hurricane season in Mexico, then this is it.

July to September is the heart of the hurricane season and you won’t see much sun on your vacation if you choose to visit Mexico then, which is why the prices tend to drop so low.

Part of the peak tourist season and Spring Break period, spring is a busy and expensive time to explore Mexico.

Easter can also present a disruption to travel plans, but May is a more pleasant time to visit the cities before the rainy season hits. There are plenty of festivals in Mexico during the spring months too.

Key Events and Things to Do in Mexico in Spring

Pros to Travelling to Mexico in Spring

Cons to Travelling to Mexico in Spring

The rainy season sets in over most of the country, although the north remains relatively dry throughout.

The temperatures are hot and humid, but the summer vacations for many foreign tourists means it’s becoming a more popular time to visit Mexico.

Key Events and Things to Do in Mexico in Summer

Pros to Travelling to Mexico in Summer

Cons to Travelling to Mexico in Summer

Autumn brings some of the worst weather to the coast as hurricane season peaks in September.

However, the turbulent climate tends to peter out by October and November leaving a lush landscape before the winter crowds arrive.

It also brings one of the most sought after festivals in Mexico – the Day of the Dead.

Key Events and Things to Do in Mexico in Autumn

Pros to Travelling to Mexico in Autumn

Cons to Travelling to Mexico in Autumn

Winter is peak season for most of the country and is an especially good time to explore the coastal areas.

It’s also one of the most crowded times to visit Mexico, especially with Christmas and New Year festivities.

Key Events and Things to Do in Mexico in Winter

Pros to Travelling to Mexico in Winter

Cons to Travelling to Mexico in Winter

When to Travel to Mexico: Practical Tips + Tricks

When Should I Avoid Mexico?

There are a few times during the year when you’ll want to avoid Mexico. From June to August, it’s hurricane season in the Gulf of Mexico and parts of the Pacific coast can be affected. Flash flooding is also a concern during the rainy season from May to October.

What is the Cheapest Month to Go to Mexico?

The cheapest month to go to Mexico is typically November, though prices vary depending on the region. You can find good deals on hotels and airfare during this time, but keep in mind that the weather may not be ideal for some areas. 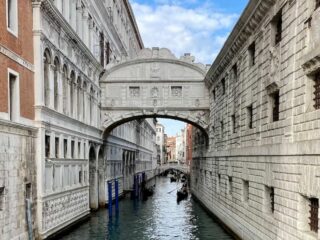 Next
Bridge of Sighs, Venice: A Guide