12 Extraordinary Things to Do in Chile 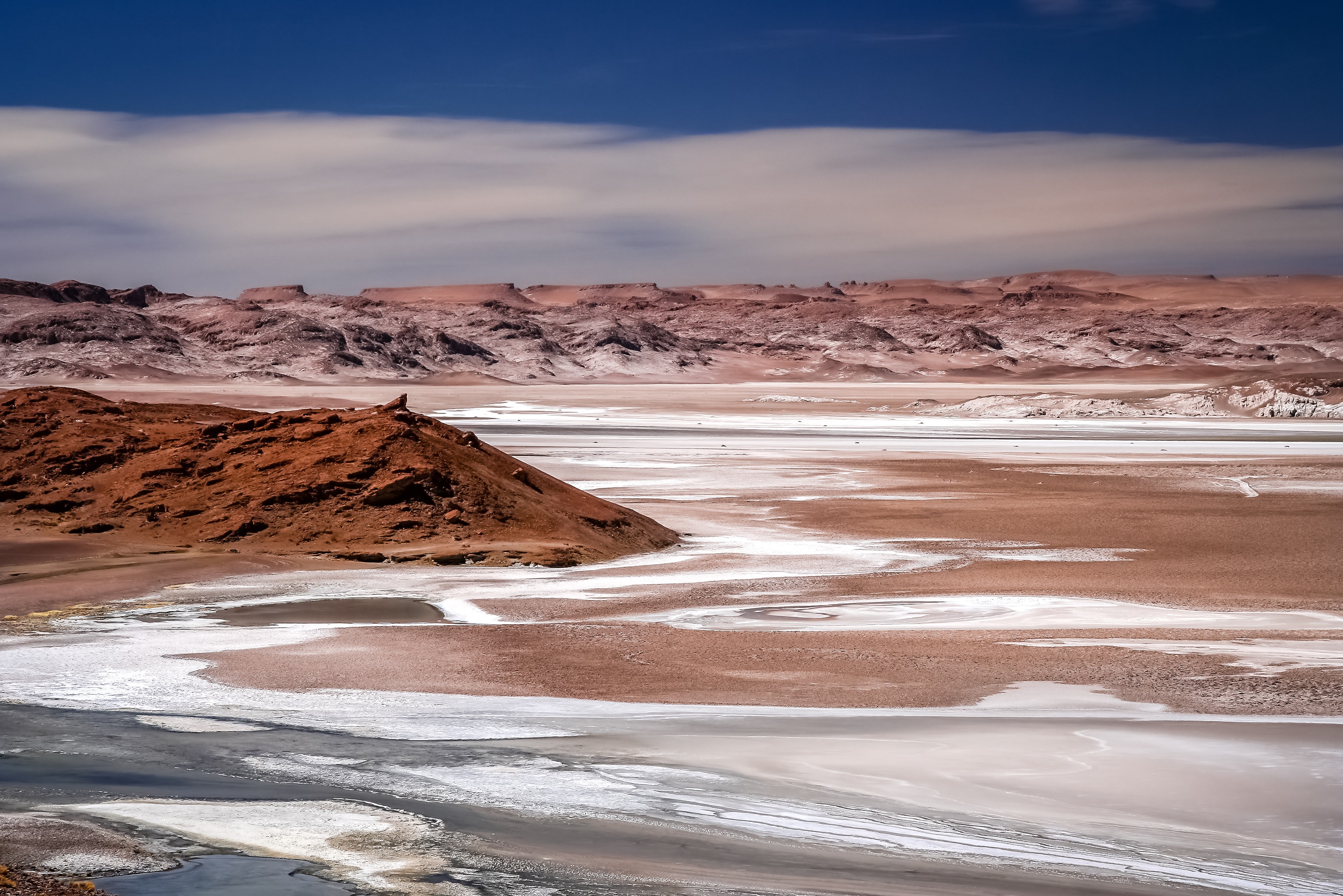 From the dry, orange sands of the Atacama Desert, to the frothy, turquoise waterfalls of the Saltos de Petrohué, Chile is every nature lover’s paradise. Step away from the thriving capital, Santiago for our pick of the best things to do in Chile to inspire your travels.

With towering, snow-capped mountains, open, green-tinged lakes, and forests dense with windswept trees, the Torres del Paine National Park is a must-see spot in Chile and should be at the top of your South America bucket list.

The park is spread over one hundred thousand hectares and is visited by an average of two hundred and fifty thousand tourists yearly.

The scenery is dominated by the Cordillera del Paine mountain range, but there’s much more to the park than that.

The Torres del Paine National Park is also criss-crossed by valleys, rivers, glaciers, and lakes including the rather fittingly named Grey Lake.

The W Trek in Torres del Paine is one of South America’s best-known treks, thanks to the magnificent and varied sceneries it offers to those who trek its path. Planning a trip? This is what you need to pack.

In the north of Chile on the slopes of the Andes Mountains you’ll find the El Tatio geysers. With over eighty explosive geysers, El Tatio is home to the third largest geyser field in the world and the largest in the southern hemisphere – certainly one of the must-see spots in Latin America.

A visit to El Tatio is one of our top 11 things to do for the sheer beauty and wonder of the site. The geysers are most active at dawn, when they erupt to heights between one to six metres. Seeing the geysers starting to erupt as the sun rises over the mountains is an unforgettable experience.

Once you’re finished, you can bathe in the hot geyser water pools before heading off.

The grainy salt lakes, the jagged otherworldliness of the Valle de La Luna – there’s no doubt that the Atacama Desert is one of the best things to do in Chile.

A trip into the Atacama Desert is like stepping into a technicolour world, pastel pink waters, bumpy volcanoes, and fumbling flamingos contribute to the surreal effect (see our 10 awesome images from the Atacama Desert to see what we mean).

The Atacama Desert is one of the oldest deserts in the world and has many highlights including the Laguna Chaxa (home to three species of flamingo), the lime green Salar de Capur and Guatin Canyon, where the cacti grow taller than humans.

If you manage to explore parts of the Atacama Desert away from the big bunches of tour groups you’ll be able to enjoy the true stillness of the desert while sitting under the star-speckled sky.

The Beagle Channel cuts a course through the tip of South America, spanning an area from the Atlantic Ocean to the Pacific Ocean, passing through Chile and Argentina along the way.

Covering a distance of around two hundred and forty kilometres, the channel separates some of the larger southernmost Chilean islands from the mainland.

The port village of  Puerto Williams is the closest spot to the Beagle Channel in Chile and is the point at which tourists hop onto boats or kayaks to sail across the waters.

Crossing the Beagle Channel is one of the best things to do in Chile; take the opportunity to go dolphin and whale spotting. If you have the time,  stop off at a few of the smaller islands across the channel to to explore the wildlife and untamed beauty of the landscapes.

Planning a trip to South America? Take your pick of these five two-week itineraries.

A visit to the Petrohué Waterfalls is a must when travelling to Chile. Located within the Vicente Pérez Rosales National Park, a trip to the Saltos de Petrohué is one of, in our opinion, the best things to see in Chile.

Cascading from the edge of the Petrohué River, the waterfall is tinged a blue-green colour and is often surfed by brave torrent ducks.

In the background of every shot of the waterfall stands the active Osorno volcano sprinkled with a swirl of snow. The volcano often throws sand and silt into the Petrohué Waterfall, smoothing the rocks scattered across the rapids.

As the most active volcano in Chile, Villarrica is another popular tourist hotspot on our list of things to do.

While snapping pictures of the rugged, snow frosted volcano is definitely worth doing, we think trekking along the bumps, dips, and slopes of the uneven, rocky terrain is even better. It’s best to tackle the Villarrica volcano with guided tour groups, as with bad weather conditions the hike can be extremely dangerous.

The Villarrica volcano protrudes from the town of Villarrica and looks over a blue water lake with the same name. Within the volcano’s crater splutters a lava lake which intermittently erupts jets of ash and lava.

While a trip to the lake is a must when exploring Chile, a visit to the largest salt flat in Chile (the Salar de Atacama) also cannot be missed. The Salar de Atacama salt flats cover around one thousand and two hundred square miles and are surrounded by mountains and volcanoes. In a country filled with natural wonders, these two stand out for their rugged, natural beauty and photo-worthy scenes.

The Elqui Valley is one of Chile’s highlights, especially if you’re into green meadows, rocky landscapes, and a glass or two of wine.

The valley runs from the Pacific Ocean along to the Andes Mountains and is known for its vineyards that produce wines and Pisco brandy (one of Chile’s most popular liquors). Rising to over six thousand feet, the Elqui Valley is shaped by rolling hills, stretches of grasslands, and staggering mountains.

Along with the many trekking routes spiralling all over the Elqui Valley, the valley is also home to several small, tucked away villages. The Elqui Valley has earned its place on our list of 11 extraordinary things to do in Chile for its clear starry nights (the valley is an International Dark Sky Sanctuary), vineyard covered slopes, and spectacular views over northern Chile.

With cool, bright blue waters, thick, tangled fauna, and the Andes mountains on the horizon, the General Carrera Lake is a must see for your time in Chile. The lake, which is shared with Argentina is the biggest lake in the country.

The General Carrera Lake is framed by clusters of caves forming the Marble Chapels; a series of caves and tunnels that can be navigated by kayak before sailing across the lake itself. Other popular activities include horseriding, fishing, and rowing.

Located just southeast of Santiago, the Maipo Canyon is a popular attraction for locals and tourists alike.

Its steep, jagged walls and rocky peaks make the canyon the ideal place for hiking, climbing, and trekking. There are also several camping bases set near the Maipo Canyon ideal for nature enthusiasts trading the buzz of bustling Santiago for a night under the stars.

The Maipo Canyon surrounds the Maipo River basin and is crossed by several other streams including El Volcán River and Yeso River. Thick greenery also covers the slopes of the gorge, creating a picture perfect scene that’s too good to miss.

Cheery Valparaiso should be at the top of any traveller’s list of things to see in Chile. This busy port has a long and colourful history that is reflected in the enchanting maze of jewel-coloured architecture typical of the city. Beloved by artists, poets and novelists for centuries, this slightly eccentric but endearing city boasts a wealth of things to do and see and is becoming increasingly popular with visitors looking for an alternative city to Santiago for their travels.

We couldn’t write a piece on the best things to do in Chile without mentioning the country’s buzzing capital, Santiago. In contrast to many South American capitals, Santiago can seem a little sedate, but scratch beneath the surface and you’ll find something to suit every taste – from the upscale eateries in neighbourhoods such as Vitacura to the old city “Centro”, home to the city’s oldest buildings and some of its most important sights.

Rapa Nui (Easter Island) sits over 2,000 miles from mainland Chile. Of all of the island’s attractions, the striking Moai are undoubtedly its most famous. These monolithic statues dominate the island’s skyline and history – and are one of the main reasons for people to add Rapa Nui to their South America bucket list. 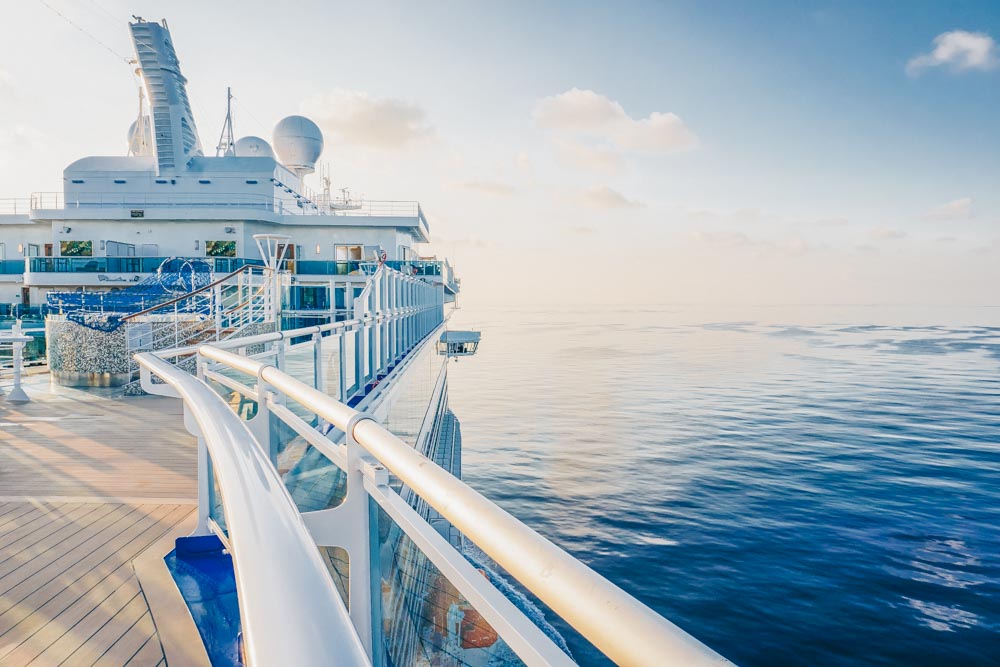 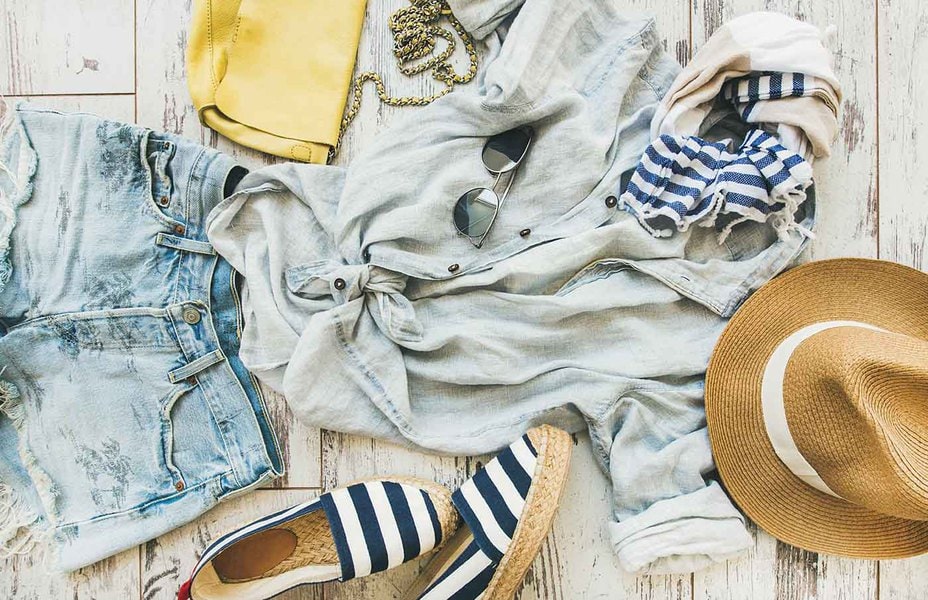 Next
What to Pack for Your Cruise: The Ultimate Cruise Packing List

Such a beautiful country! Thank you on a detailed impressive guide! Saved your post for the future ?

Thank you - glad you found it useful