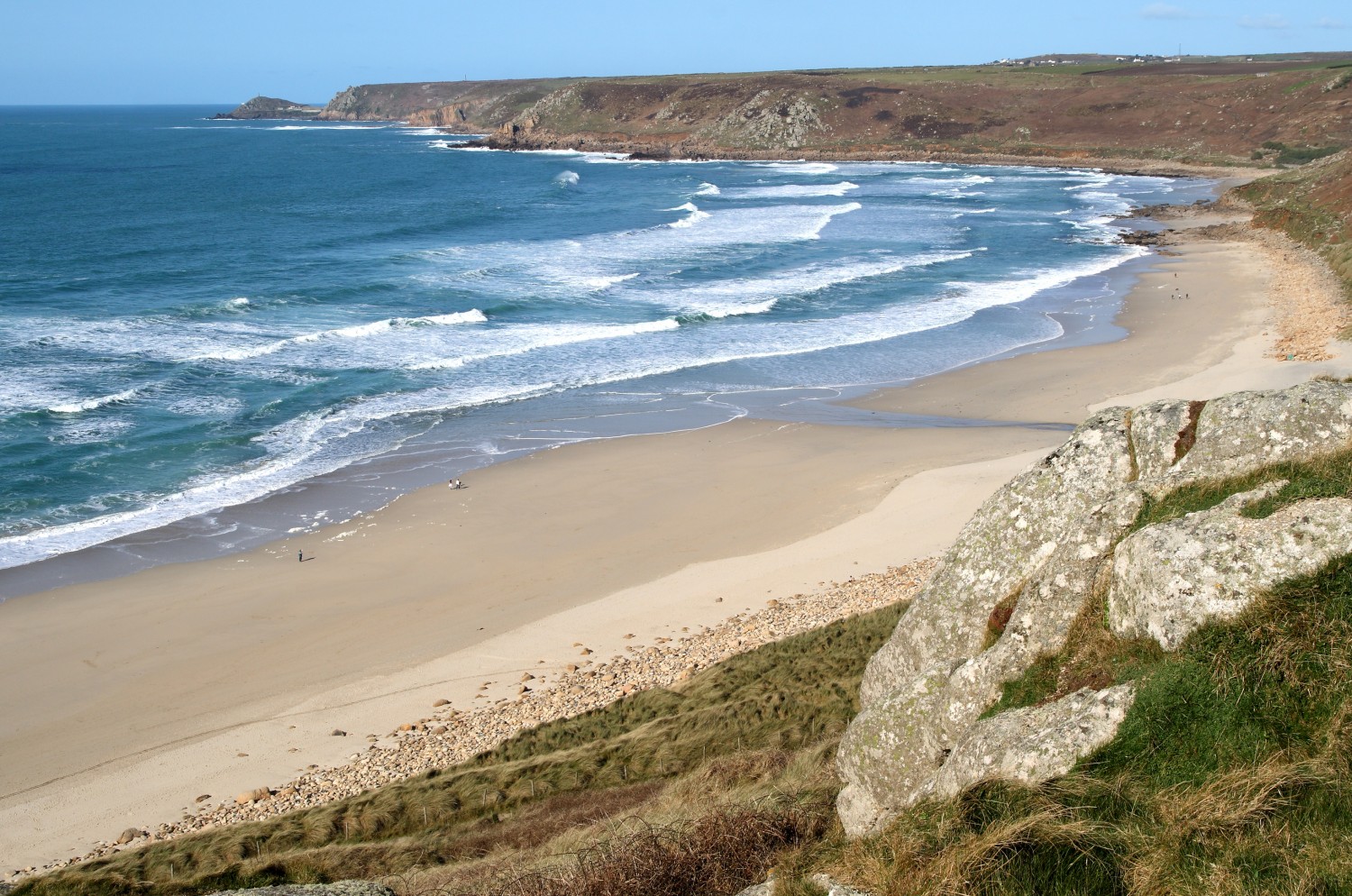 Travelling in the UK this summer? Here are 20 of the best British beaches that should be at the top of your holiday bucket list.

You may have missed the news but we’re having something of a heatwave in Great Britain at the moment. The sun is shining and the temperature is rising – what better time to grab your bucket and spade and make the most of the best beaches in the UK?

Here’s a sneak peek of what to expect…

It sometimes surprises people when we tell them that Great Britain has some pretty spectacular beaches.

For a nation so obsessed with our weather (talking about it, checking it, moaning about it when the forecast is wrong), we can do a pretty poor job of convincing the rest of the world that yes, we do have summers, and actually, they’re pretty fabulous.

The next time that someone questions how wonderful a British beach can actually be, we suggest you start by showing them these beauties.

The Best Beaches in the UK

Dramatic doesn’t begin to cover it. Durness beach is the most north-westerly point on the British mainland and boasts a pristine beach with azure blue waters framed by dramatic cliffs. The perfect beach to get away from it all and soak up some of Scotland’s finest views.

Portreath’s large beach boasts soft, golden sands and miles and miles of beach for you to flop and drop on. The beach is also popular with surfers thanks to the break created by the harbour wall and rocky. Climb the steep path to the top of the cliff to appreciate the full scale of the shoreline.

Porthcurno is an award-winning beach in Cornwall. Tucked in Cornwall’s far west, the beach is a popular summer spot, thanks to the fine white sand and turquoise water for which it is famed.

The beach is sheltered by the high cliffs on either side, making it a cosy spot to spend the day soaking up the sun. It’s also the real-life location of Poldark’s Nampara Cove – Aidan Turner not guaranteed.

Sennen Cove is a laid back surfers hotspot with a beaut of a beach. The long sandy beach can get busy in the summer, but when the sun is shining, there are few places in the world we’d rather be. Gaze at the large rollers heading towards the coast (the reason Sennen is such a surfer’s paradise), take a dip or just bask in the Cornish sun.

Looking for more Cornish travel inspiration? Check out my pick of awesome things to do in Newquay.

Camber Sands is one of the few sandy beaches in East Sussex. Not only one of the finest beaches on the south-east coast, Camber Sands is a wind- and kite-surfing hotspot and the perfect location for a spot of beachcombing (the particularly adventurous can try a spot of clam-gathering). The large beach makes for an easy day trip from London – that’s this weekend’s plans sorted then.

Read Next: The Best Beaches Near to London

The Blue Flag beach of West Wittering is a popular summertime destination for families or those looking to catch a bit of the British sunshine. The beach also boasts snap-worthy views of Chichester Harbour and the South Downs. Pack a picnic and your costume, the water’s so wonderful it would be a shame not to go in.

There is over three miles of golden sands at Saunton Sands, so it’s not difficult to find the perfect spot, even on the hottest days. Devon’s famed for its beaches and Saunton’s a great example why: the beach is framed by pretty sand dunes and is also a great spot for surfing.

Forget about Joss Bay and Botany Bay and head to Kingsgate Bay on your Broadstairs beach day. The sheltered sandy cove features dramatic white chalk cliffs and sea caves that are great for exploring when you’ve had enough of lying in the sun. Broadstairs is a great day or weekend trip from London too.

Walberswick is a cute little village on the Suffolk coast, made even cuter by its sand-dune framed beach. Walk along the seashore until you find a quiet spot then soak in the views out to the North Sea. The beach backs onto a nature reserve, the famous setting for the “British Open Crabbing Championship” – where punters try their hands at catching the largest crab.

It’s would be pretty controversial to make a list of Britain’s best beaches and not include Woolacombe Beach. Woolacombe is consistently voted as the UK’s best beach and wins a number of awards each year for its golden sands, clean waters and excellent facilities. One for the sun-lovers and surfers alike.

Located in the Outer Hebrides, Islay’s stunning white sand beaches are almost always quiet thanks to the remote location.

Islay is most renowned for its annual whisky festival and the eight whisky distilleries that call the island their home, but it’s home to some equally impressive beaches. Kilinallan Point’s white sand bay also boasts an impressive view out to the islands of Mull, Colonsay and Skye.

Portrush Whiterocks is Northern Ireland’s hidden gem. Tucked away just off the Causeway costal route – the beach is an alluring mix of limestone carves, white sand beaches and water sports. How often do you hear people talking about the amazing beaches in Northern Ireland? We’re going to guess that’s pretty much never. Still, we’re happy to let you into the secret that the locals have been hiding away.

Rhossili Bay is constantly voted as the the best beach in Wales and pretty much always features on any roundup of the best beaches in the UK. Pick a spot from over three miles of sandy shore and muck about in the golden sand and bluer-than-blue Atlantic sea. If you’re lucky, you might even spot a dolphin or two.

Yorkshire’s been keeping quiet about Hunmanby Gap, the area’s best beach. You’ve got to get the timing right (the beach pretty much disappears when the tide is in) but if you do, you’ll be rewarded with a secluded cove and plenty of beach to explore.

Nature and bird enthusiasts will be in their element at Budle Bay, a large bird sanctuary that’s part of the Lindisfarne National Nature Reserve. On a good day, you can drop a towel and do a bit of sunbathing, but the real pleasure here is discovering the nature and birdlife that call the bay’s mud flats their home.

It’s pretty likely that Priory Beach is the first place you’ll see on teeny tiny Caldey Island, just off the Welsh coast near Tenby as it’s where the boats land from the mainland. The isolated location means there’s a good chance you’ll end up with Priory Beach to yourself, even on the hottest days. If it all gets a little too toasty, the island’s monks have been brewing a local beer for centuries – the perfect way to cool off.

Weymouth might have a beautiful beach but it’s developed and crowded. If you’re looking for an excellent beach in Poole, head to Ringstead Bay. The swimming is great (and safe) and also has wonderful views of nearby Weymouth and Portland. Grab an ice cream from the shop and cafe, plump yourself down and enjoy some of the finest views on the Jurassic Coast.

Another one on the Gower Peninsula, Oxwich Bay’s gently sloping sands prove popular during the height of summer. While the section of the beach nearest to the village can get a bit busier on sunny days, if you walk eastwards towards the Nicolaston Burrows, you’re much more likely to find a quiet spot. If you are staying in the area for a while, you might like glamping in South Wales.

Winterton Beach is a real haven on the Norfolk coastline. The wide, sandy beach is framed by tufted sand dunes of a national nature reserve. Even at its busiest the beach feels pretty much empty, thanks to the seemingly never-ending stretch of sand. Walk towards the Horsey end of the beach to spot the colony of seals that live just off the shore.

Aberlady Bay is another beach-come-nature reserve that should be at the top of the list for nature lovers. The area has been a nature reserve since 1952 (in fact it was the first nature reserve in the UK) and is particularly famed for its bird-watching. Easily reached from Edinburgh, on a clear day, the bay offers fine views out to Arthur’s Seat.

Looking for more UK holiday inspiration? Check out these British adventures for a long weekend   or these awesome wildlife spots in the UK. 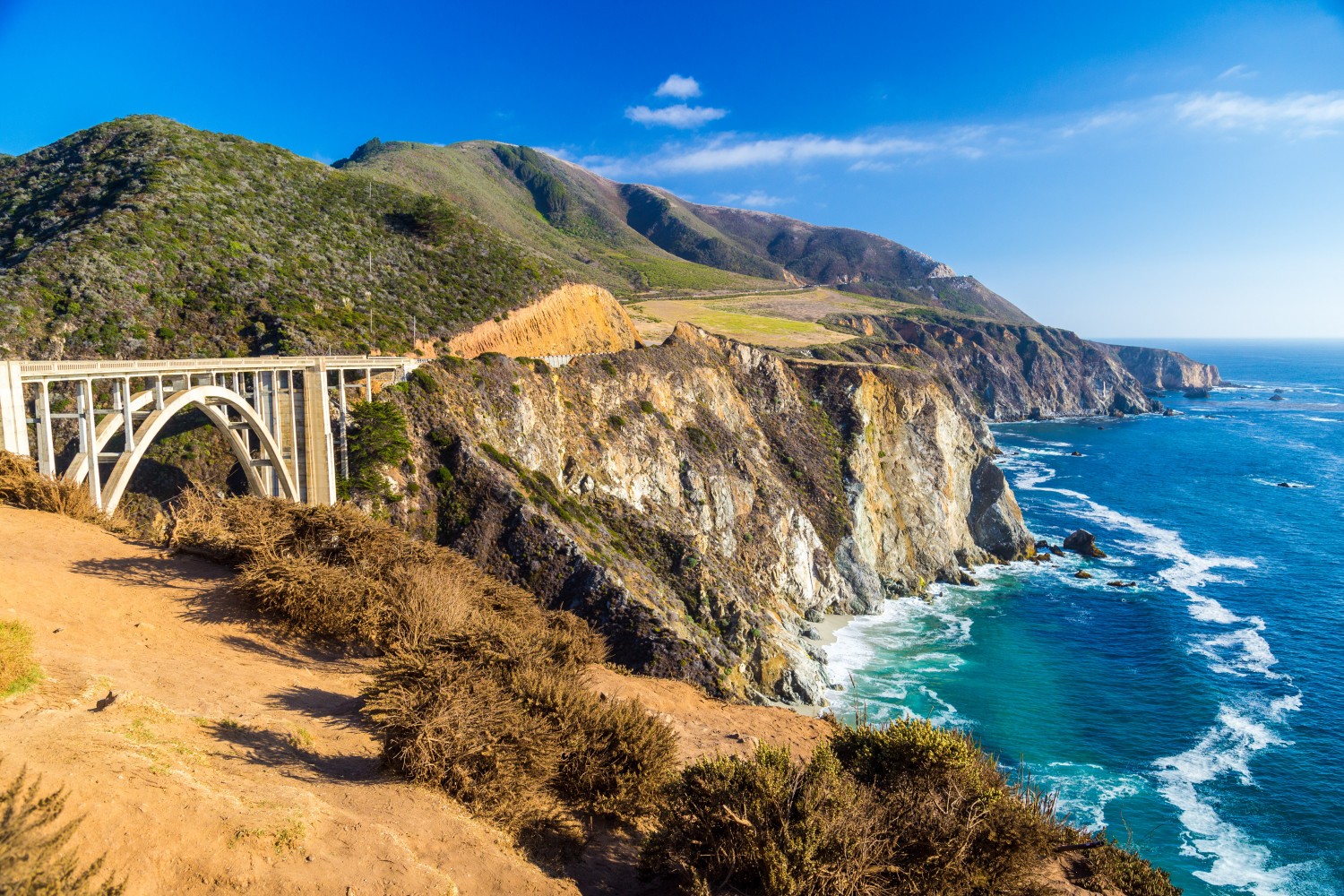 Next
Cool Things to do in Mojacar, Spain: Culture and Adventure on the Costa de Almeria
Click here to cancel reply.

Thanks for pointing out the typo. Other than that I hope you found the post useful!

What an awesome list of 20 Amazing Beaches for Your British Travel Bucket. Have bookmarked, and shared it on twitter! I love to have an activity planned each day, makes the hols seem so much easier to cope with!

thank you - very glad that you enjoyed.

The UK has an amazing coastline and I think you have show cased the best beaches here really well. You've got me wanting to plan a day trip now

Thanks Zena! I totally agree - the more I explore the coast, the more I love it. Let me know if you end up heading to one!