Visiting the Colossi of Memnon in Luxor: A Practical Guide 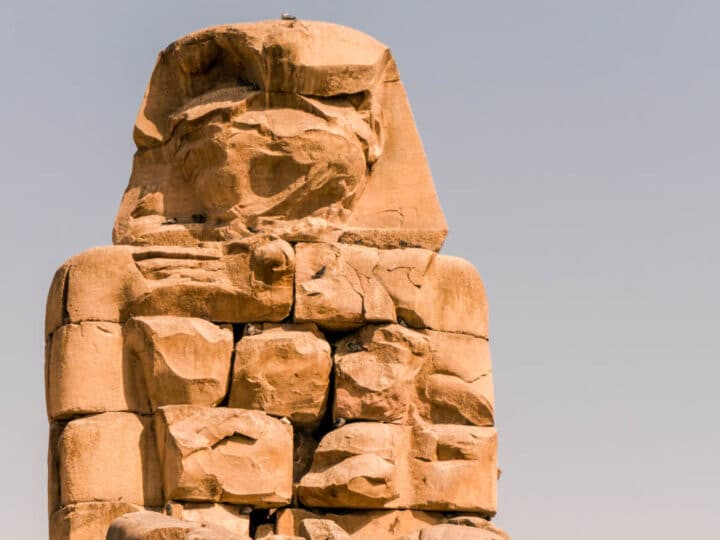 Towering over Luxor’s West Bank, the Colossi of Memnon are some of the area’s most fabled sights. Delve into the stories of these ancient landmarks with this in-depth guide.

Cross over to the West Bank of Luxor, making your way towards the Valley of the Kings and you’ll see two statues looming on the horizon, watching over the desert with their faceless gaze. These are the Colossi of Memnon.

Over 3,400 years old and towering 18 metres in the air, they’re one of Luxor’s many ancient landmarks – a testament to the ancient Egyptians’ craftsmanship, strength, and power.

Ready to discover the stories of the Colossi of Memnon? Let’s jump right in.

Why Visit the Colossi of Memnon?

Why visit the Colossi of Memnon? For the same reason you visit Egypt’s other ancient sights – to see the remnants of a civilisation stretching out from over 3,000 years into the modern day.

Seeing them is a must on your Egypt itinerary. While you can hardly miss them on your way to the West Bank’s other sights such as the Valley of the Kings and the Mortuary Temple of Hatshepsut – they’re deserving of more time and attention than a few camera clicks as you pass by on your tour bus.

The History of the Colossi of Memnon

These statues are sometimes referred to as the Colossi of Amenhotep III, as it depicts two identical figures of that pharaoh, who reigned in Egypt during Dynasty XVII. The Colossi originally flanked Amenhotep III’s Mortuary Temple, which a flood destroyed around 1200 BC.

What’s in a Name? The Legend of Memnon

Although the colossi were initially constructed as guardians for Amenhotep III’s temple, their name is quite misleading. The name Memnon comes from the Greek hero who fell at Troy.

Memnon was an Ethiopian king who fought against the Greeks with the Trojans. After Achilles killed him, the Greeks elevated him to hero status for his excellent battle skills.

When the Greeks visited Egypt, they saw the Colossi as statues of Memnon, not Amenhotep III.

The Mortuary Temple of Amenhotep III

While smatterings of ruins still stand, the Mortuary Temple of Amenhotep III was originally much larger than those we see today.

It was greater than the Temple of Karnak at the time of its construction, covering 86 acres with many rooms, halls, and entrances.

If you’d visited in its heyday, you’d have found plateaus mirroring the Egyptian paradise, the Field of Reeds, with the Colossi flanking the walkway leading to the complex.

Venture further and you’d have seen an open sun court with figures of Amenhotep as a mummified Osiris adjacent to the temple.

Colossi of Amenhotep III: The Guardians of the Temple

Carved from single blocks of quartzite sandstone, the Colossi of Memnon statues would have been clear depictions of Amenhotep III in their time.

What stands now are two unrecognisable figures, though there are some identifiable features that mark it clearly as Amenhotep III.

Amenhotep’s mother Mutemwiye, and wife, Tiye sit at the front base of the statues, while on the god of the Nile, Hapi sits on the side.

All three figures symbolise rebirth as the embodiment of fertility and regeneration – signifying the Egyptian belief that Mortuary statues were homes for the souls of the deceased when they visited earth.

The Talking Colossi of Memnon?

Throughout their history, the statues have appeared to sing or talk, giving rise to some rather curious myths about them.

Strabo, a Greek historian, claimed that one Colossus of Memnon made a noise that sounded like singing. Accompanying it was the sound of a lyre or broken harp.

For this reason, the statues are sometimes called the Talking Colossi of Memnon. The legend increased the statues’ popularity in ancient times when tourists flocked to listen to the figures talk.

Today, you can still see inscriptions in Greek and Latin, dating between AD 20 and 250, by people visiting the site. Many of these state whether the visitor heard a sound from the statues.

Theorists suggest that the sound was from the dew drying in the cracks of the statue as the rock heated in the morning sun. After the Colossi of Memnon were restored and the gaps sealed, the figures stopped singing.

Still, it’s exciting to speculate that the statues housed Amenhotep III’s soul, who was trying to send messages to the living world by singing.

Planning Your Visit to the Colossi of Memnon

Tours to the Colossi of Memnon

Most tours to the Colossi of Memnon also include other sites and attractions.

I recommend the full-day version of this tour to see of Luxor’s biggest sights, which includes visiting the Temples of Karnak and Queen Hatshepsut and of course, the Colossi of Memnon.

What I love about this tour is that it includes an actual Egyptologist as a guide! This part of Egypt is ALL about the history and really, you’re not going to get much more insider knowledge and tips than with an Egyptologist are you?

The tour also includes visiting the Valley of the Kings, which is always a tourist favourite.

Visiting the Colossi of Memnon Independently

The nearest city to the colossi in Memnon is Luxor, around a 36-minute drive from the statues.

If you are visiting Cairo a great option is to take a sleeper train from Cairo to Luxor. Sleeper trains are generally very comfortable and affordable. A typical sleeper train costs about £90 or $100. You can also book a day trip to Luxor from Cairo.

The train is also a great option if you are in the charming Aswan. The journey is about 3.5 hours and is available a few times daily. If you prefer, you can also hire a car or taxi. This ride takes just over 3 hours.

Seeing the Colossi is free of charge.

The Colossi of Memnon Address

The Colossi of Memnon: Map

Colossi of Memnon: Read Next 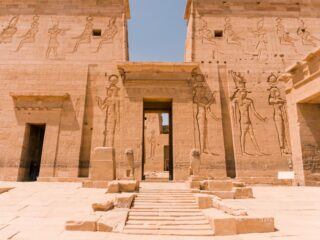 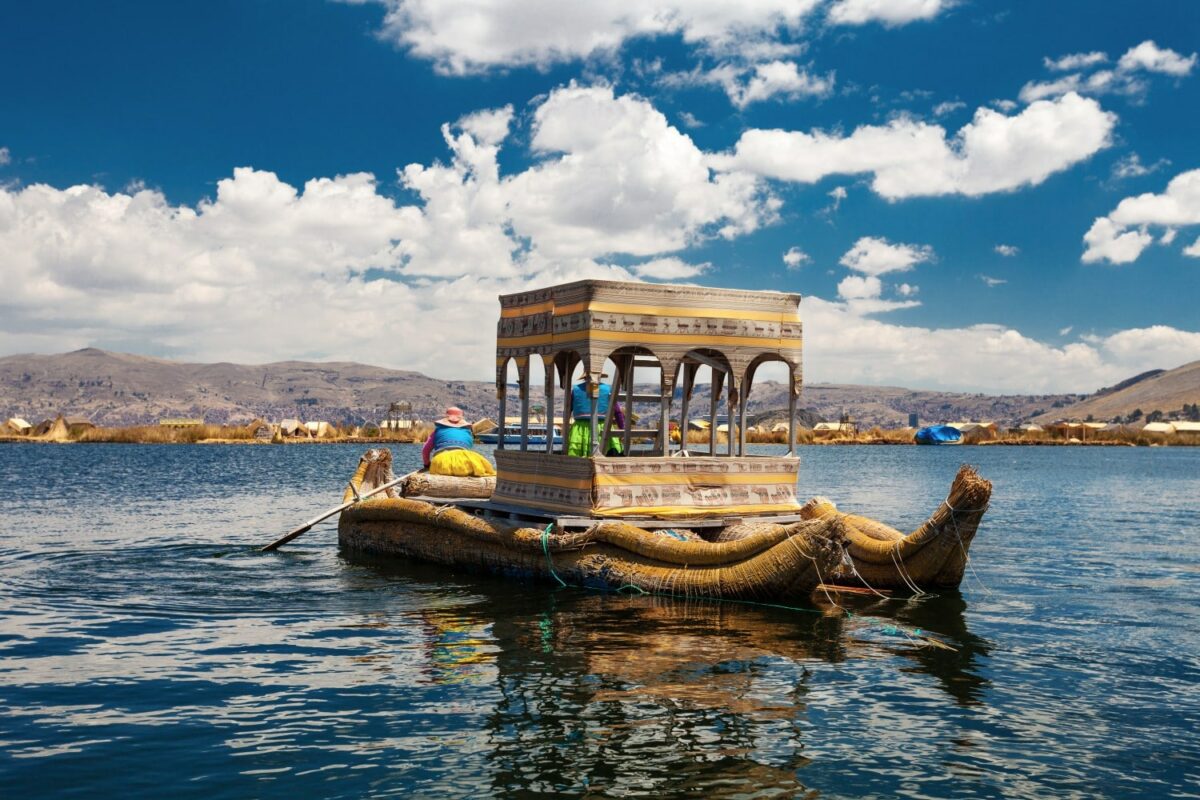 Next
18 Amazing Places to Visit in Bolivia