The 12 Best Beach Clubs in Mykonos 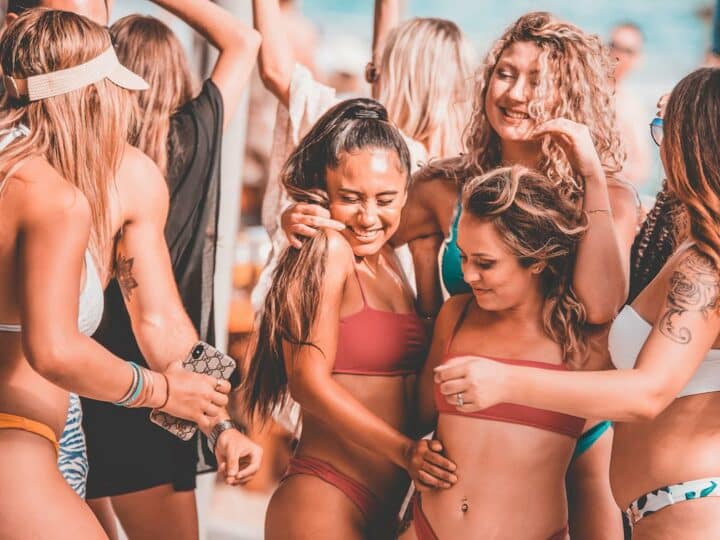 Looking for the best beach clubs in Mykonos? This guide will take you through 12 of the best for an epic time during your stay.

Though Greece boasts more than 200 Cyclades islands, Mykonos is certainly one of the most idyllic. This stunning island is popular with first-time visitors, newlyweds on honeymoon, and travellers looking to soak up the Mediterranean sun.

It’s also known as the Ibiza of Greece so, if you’re looking to party up a storm during your visit to the Greek Isles then this is the island for you.

The beach clubs in Mykonos are some of the best in the world, and a popular choice for party-goers.

The Best Beach Clubs in Mykonos

Situated on the gorgeous Psarou Beach, it’s one of the pricier clubs on the islands, but it’s worth it once you consider what you get in exchange.

Luxurious day beds, golden sand, crystal clear waters, mouth-watering food, and performances from top international DJs are all worth the price for a once-in-a-lifetime experience.

Alemagou is hands down one of the best day clubs in Mykonos. This beach club is set on the secluded Ftelia Beach and has a very boho-chic vibe to it. Its picturesque location and privacy make it popular with travellers hoping to get away from the bustle of the main city centre.

There are ultra stylish cabanas and sunbeds available for rent where you can sit back and enjoy your favourite cocktails.

Its calm atmosphere, however, doesn’t mean that it’s drab and boring. At night Alemagou comes to life with party-goers and resident DJs pumping music into the early morning hours, as you would expect to find at one of Mykonos beach clubs.

Cavo Paradiso is the gem of Greece’s party scene, having been around since the early ‘90s. It started out as a regular club, but soon caught the attention of international DJs who then started playing sets.

30 plus years on, it’s now one of the hottest places to be for a good party. You can expect to find big-name DJs such as Nina Kraviz, Martin Garrix, and Afrojack playing sets here all year round.

Perched on a cliff overlooking the Aegean Sea, it has a huge open-air dancefloor, bar and a massive pool. You can chill out here during the day and enjoy drinks. Or, you can arrive at sunset and party the night away.

Scorpios Mykonos, is one of the coolest places to hang out on the island. This Mykonos beach club mimics the concept of an ancient Greek agora, but with a contemporary twist.

During the day, it’s a calm and relaxing place to hangout with friends, grab drinks and enjoy a range of Greek comfort food.

Once the sun goes down, though, it becomes a different place. Expect blaring dance music and wild partying until the early hours of the morning.

Jackie O’ is another one of Mykonos’ best beach clubs that you’ll likely hear about when visiting the island. This upscale beach club sits at the end of Super Paradise Beach, and features classic black and white interiors having taken inspiration from the legendary Jackie O’.

Set on a private beach, it also features a large pool, sunbeds and a jacuzzi. Their all-day open bar offers undisturbed 360° views of the bay surrounding Jackie O’. Don’t miss out on their signature champagne cocktails and scrumptious seafood offerings.

SantAnna is certainly in contention for the lustrous title of best beach club in Mykonos. It’s one of the most luxurious day clubs in Mykonos and features a breezy minimalistic design.

It also boasts the largest seawater swimming pool in the Mediterranean, with trendy poolside cabanas and daybeds for lounging. SantAnna also has a sushi bar, Greek Taverna, a spa and four cocktail bars.

On top of that, it’s a top choice of headlining international artists throughout the year, and their pool parties are nothing short of legendary. Is this my favourite Mykonos beach club? I think so.

Featuring a boho-chic mixed with contemporary design aesthetic, Pasaji Beach Club is one of the coolest beach clubs to chill out in. It’s one of the best day beach clubs in Mykonos if you just want to laze around and not party up a storm.

It is set on one of the best swimming beaches on the island, and also features a large pool and comfy day beds with pergolas. Pasaji also has an incredible restaurant serving Mediterranean and Asian-inspired dishes, and a variety of boozy refreshments on offer.

Built in the 1960’s, Hippie Fish is one of Mykonos’ first beach clubs. Since then it has undergone a few renovations and is now a modern, luxurious space.

It’s one of the quieter beach clubs in Mykonos found on a smaller beach, so it’s perfect if you’re looking for a more relaxing affair. Music plays softly in the background, while people tan on sunbeds or order food and drinks whilst taking in the stunning views ahead of them.

Kalua Beach Bar is a beach club dream. It’s been around since the 1970’s, but now features clean white interiors giving it a very relaxing atmosphere.

This is one of the best value beach clubs in Mykonos, featuring day beds, a large living area space and cabanas overlooking the gorgeous azure waters. Plus they have a stellar restaurant serving Japanese and Mediterranean fusion cuisine, and refreshing cocktails to keep you going.

Voted the 14th best beach club in the world, Paradise Beach Club is a firm favourite amongst partygoers. Think cool, calm and collected in the day, and mega party club at night.

Paradise Beach Club has long been a favourite of headlining DJs such as Tiestio, Nervo and others. During the day you can relax on the golden sand beach, or go for a swim in the sea or pool and sip on cocktails.  At night you can party to your heart’s content.

Tropicana Beach Club is another well-known social hub on the island. Its trendy restaurant, beach bar and daybeds attract loads of sunseekers looking to relax during the day. It also has a luxe VIP area that has the best sunbeds and tables in town.

Late afternoon is when things really start to come to life – DJs set up and the music starts blasting until the early hours of the morning.

Super Paradise Beach Club is one of the most popular hangouts on the island, especially during the summertime. During the day it’s a great place to sunbathe or swim in the turquoise waters of the sea surrounding it.

They also have a really great drinks menu with signature cocktails and wine. Add to this a very appetising menu that offers a range of Mediterranean, South American and Asian foods, and you’re onto a winner.

What’s great about this place is it has a private area that boasts separate facilities and amenities for those looking for a more VIP experience – that’s what makes it stand out as one of the best beach clubs around Mykonos.

Beach Clubs in Mykonos: Read Next 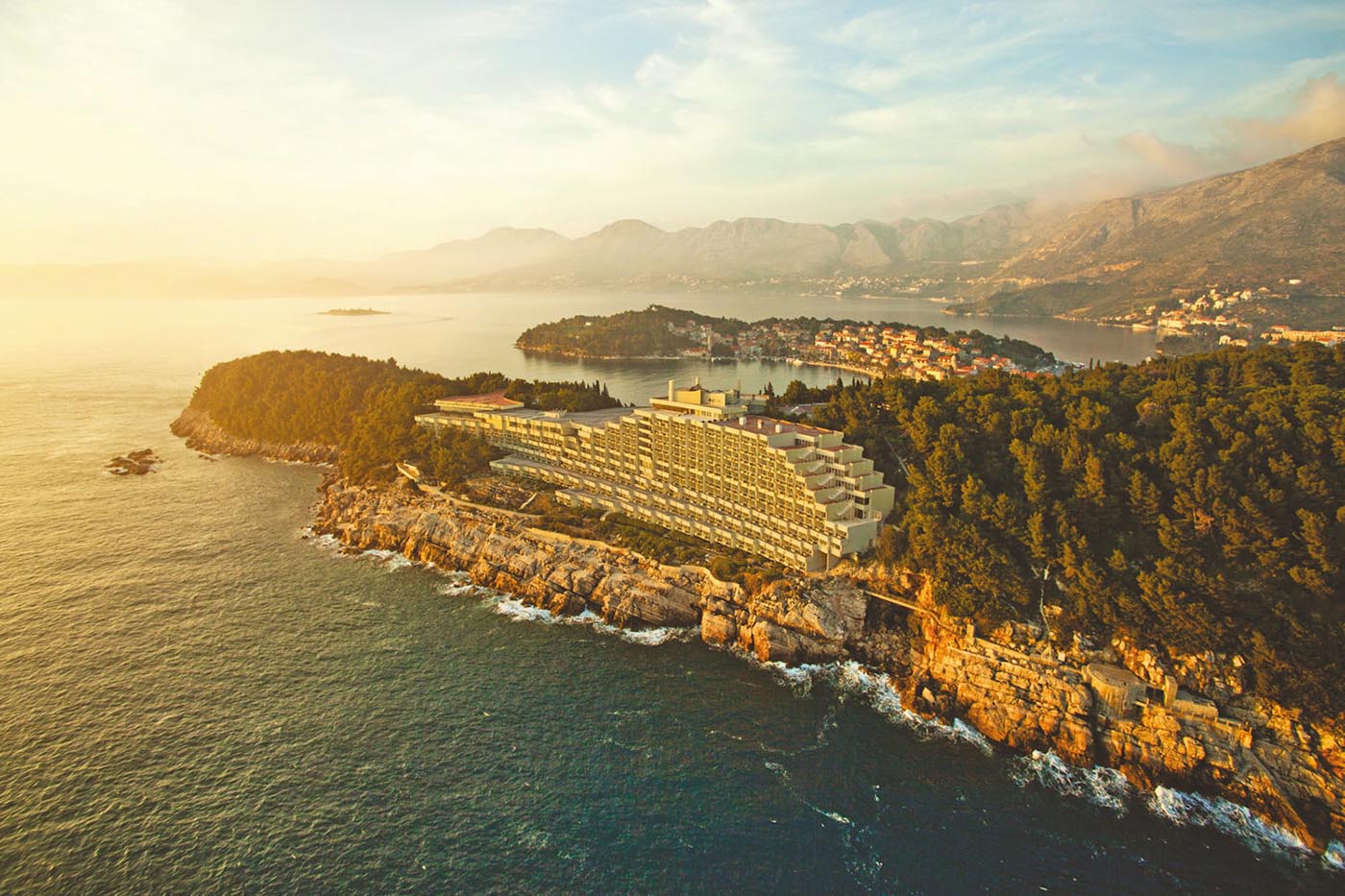 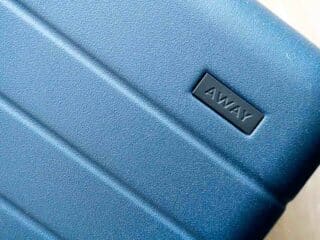 Next
Away Luggage Review: Is Away’s The Carry-On Really Worth the Hype?