Monument to the Discoveries, Lisbon: A Practical Guide To Visiting 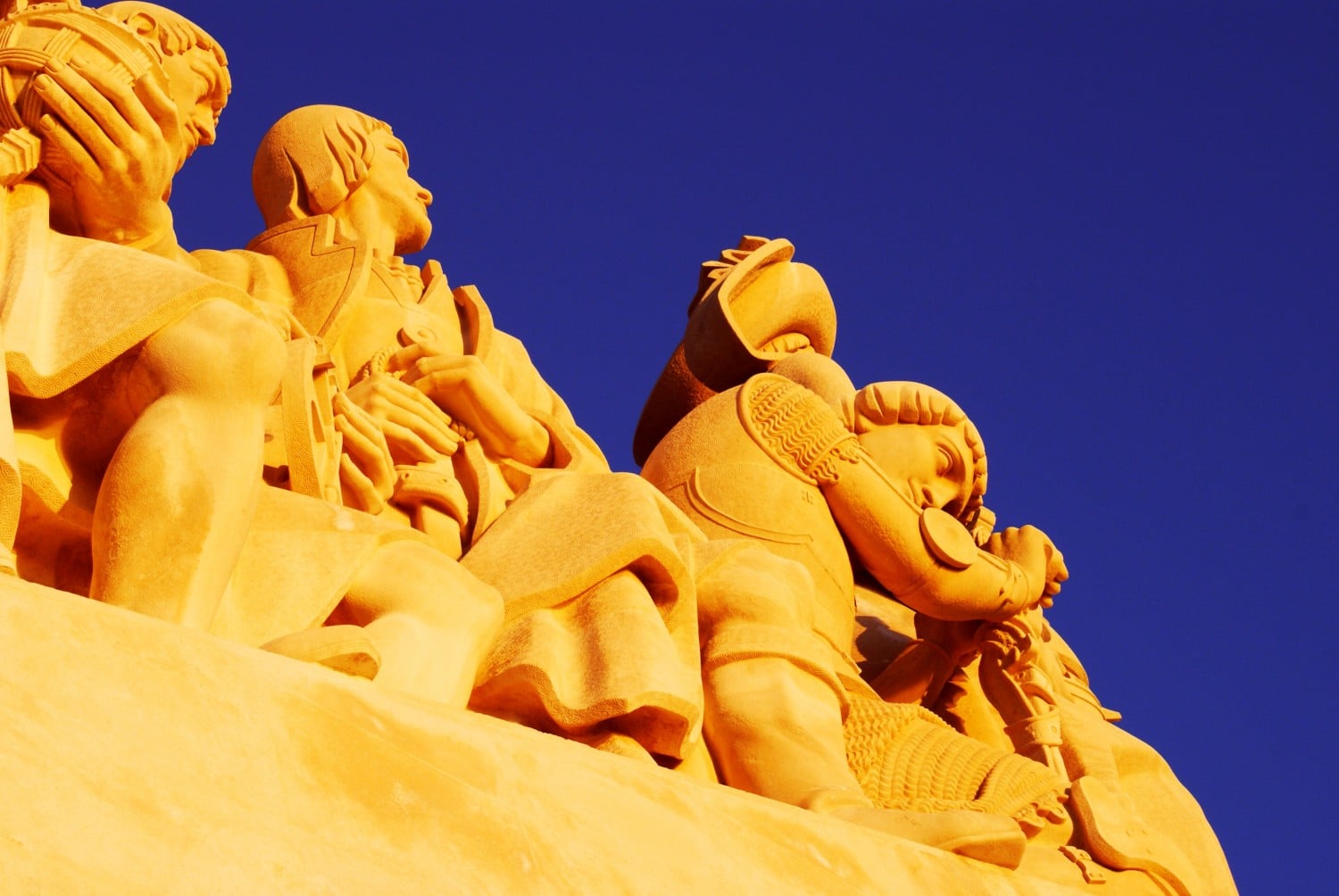 The Monument to the Discoveries (Padrão dos Descobrimentos) is Lisbon’s striking monument to Henry the and the age of discoveries in Belem. Plan your trip to Lisbon’s iconic monument now.

What is the Monument to the Discoveries?

The Monument to the Discoveries (or Padrão dos Descrobrimentos in Portuguese) is set on the banks of the Tagus river, a short walk away from the Jéronimos Monastery and the Belem Tower in Lisbon.

The monument in Lisbon one of my favourite destinations in Portugal and a must on any Lisbon itinerary. Belem itself feels miles away from the busy city centre…never more so than when stand and stare out from the viewpoint of Lisbon’s Monument to the Discoveries.

Check out my Ultimate Lisbon City Break Guide for a complete guide of things to do on your break to the city and reviews of Lisbon’s hotels, restaurants, bars and sights. Read more Portugal travel inspiration.

A trip to the Padrão dos Descrobrimentos is worth it for the views alone. Head to the top of the terrace of the Lisbon statue for a view out over almost all of Lisbon and the River Tagus flowing out to the sea.

Time your trip for sunset. Watching the stonework of the Monument to the Discoveries, the monastery and the tower take on a golden hue during the last light of the day is undoubtedly one of the city’s best photo opportunities.

History of the Discoveries Monument

The Lisbon Monument to the Discoveries was built as a showpiece for the World Fair hosted in Lisbon in 1940. The event aimed to increase trade during the difficult period of the early 1940s. It also helped Portugal to consolidate its neutral position in a warring Europe.

The original version of the monument was destroyed after the fair but a permanent version of the piece was commissioned eighteen years later in 1958.

The permanent version replicated Cottinelli Telmo’s piece, standing at just over 52 metres tall. The monument marked the 500th anniversary of the death of Henry the Navigator.

Henry was the prince largely credited with instigating Portugal’s Age of Discoveries. The role of Portugal’s maritime trade and exploration during that period played an instrumental role in the development of the country over the next few centuries and beyond.

In the past, many of Portugal’s ships departed via the Tagus and Belem was their last port of call in their home country for months or years at a time.

Even the famous explorer Vasco de Gama set off on his trip to India from Belem in 1497. Belem was clearly the obvious choice for the location of the Padrão dos Descrobrimentos.

Architecture of Lisbon’s Monument to the Discoveries

The Monument to the Discoveries is made from cement, rose-tinted Leiria stone and limestone.

The monument’s structure represents a ship with its sails aloft and ready to depart down the Tagus and out into the Atlantic.

The monument’s sides are decorated with the carved sculptures of many of the most important figures in Portugal’s maritime history.

Keep your eyes open and you can spot the who’s who of the Portuguese past. At the very front is Henry the Navigator – leading other figures out into the sea.

Figures featured include the poet Camões (he’s the one holding verses in his hands), King Manuel I (the spear-wielding one), Vasco de Gama and Magellan. There are 32 of them in total, which would make for a very long list…

My personal favourite is queen Felipa (Philippa) of Lancaster – her hands clasped in what I like to think of as a combination of hope and thoughtfulness. She was Henry the Navigator’s mother but also an early-day influencer.

No-one could work the court quite like good old Philippa – which perhaps explains why she was so involved in international affairs. Go bad-ass queen Felipa.

Inside the Lisbon navigator monument, you should take the opportunity to walk through the exhibitions on the different levels.

There’s an ever-changing rota of exhibitions and events held inside the monument.  It’s always worth checking out what’s on in advance. 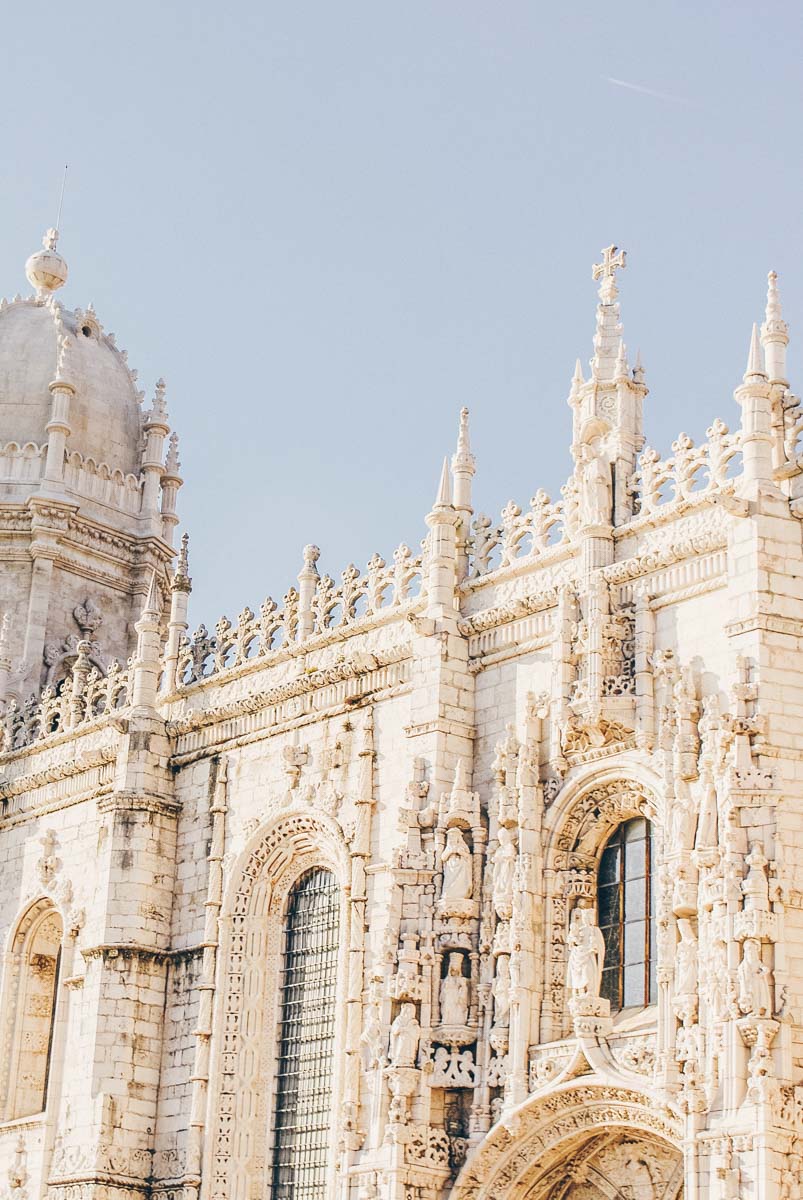 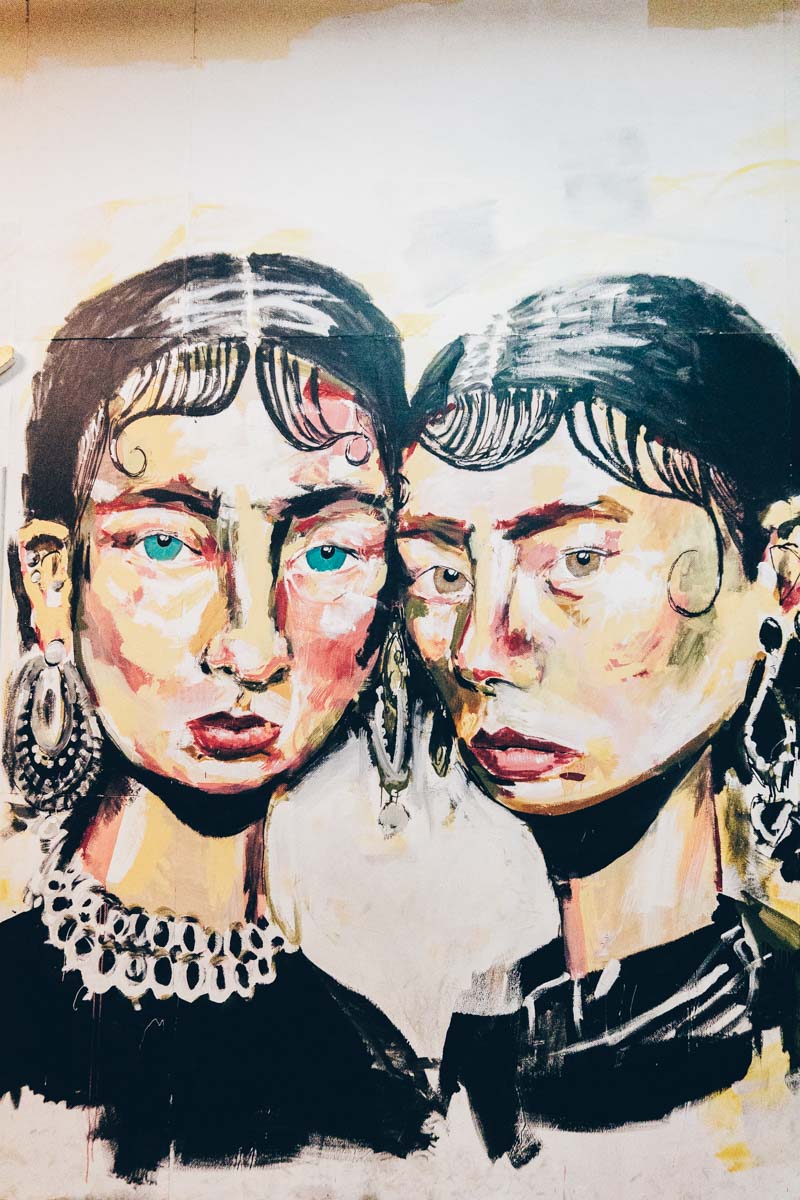 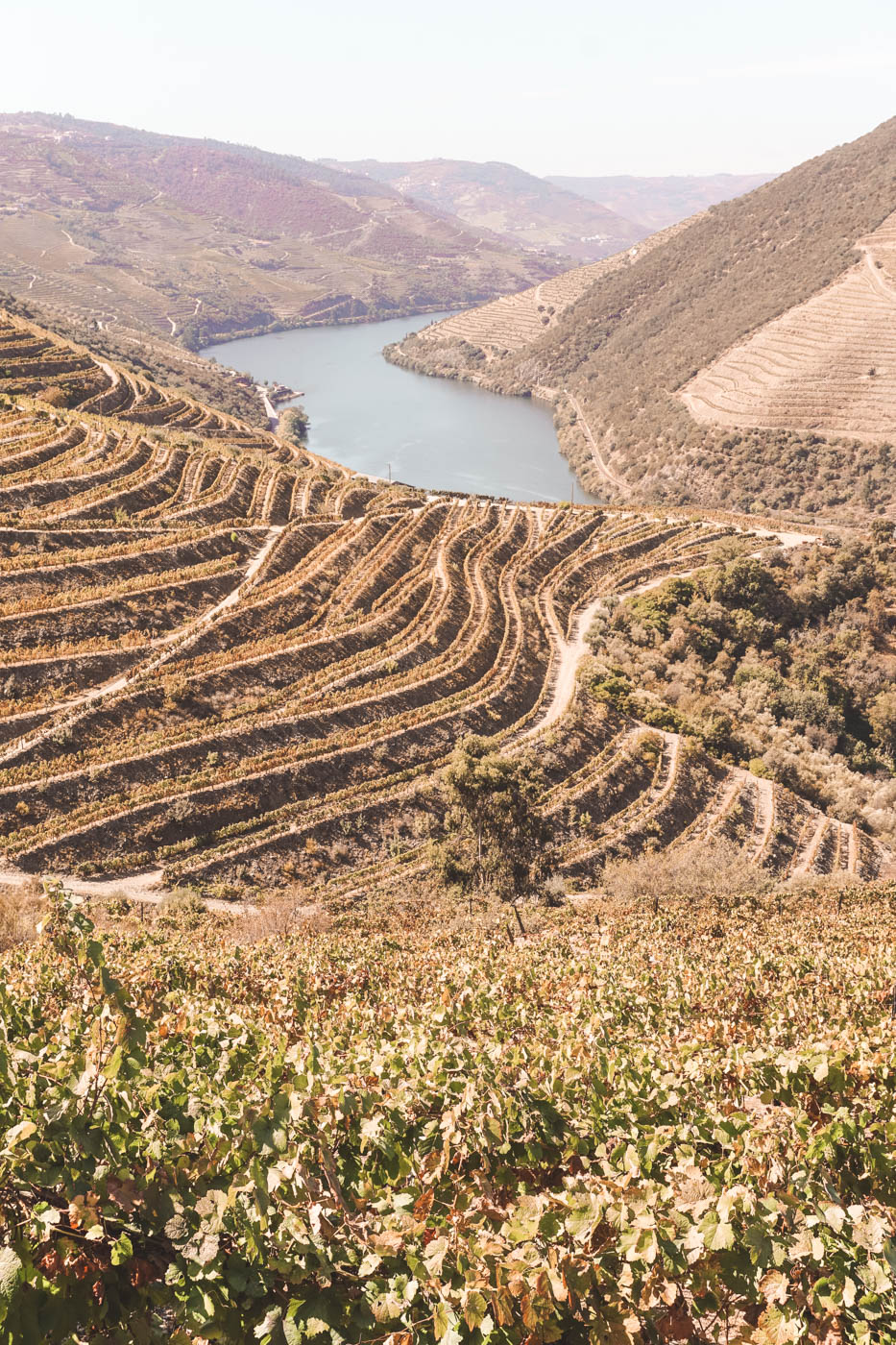 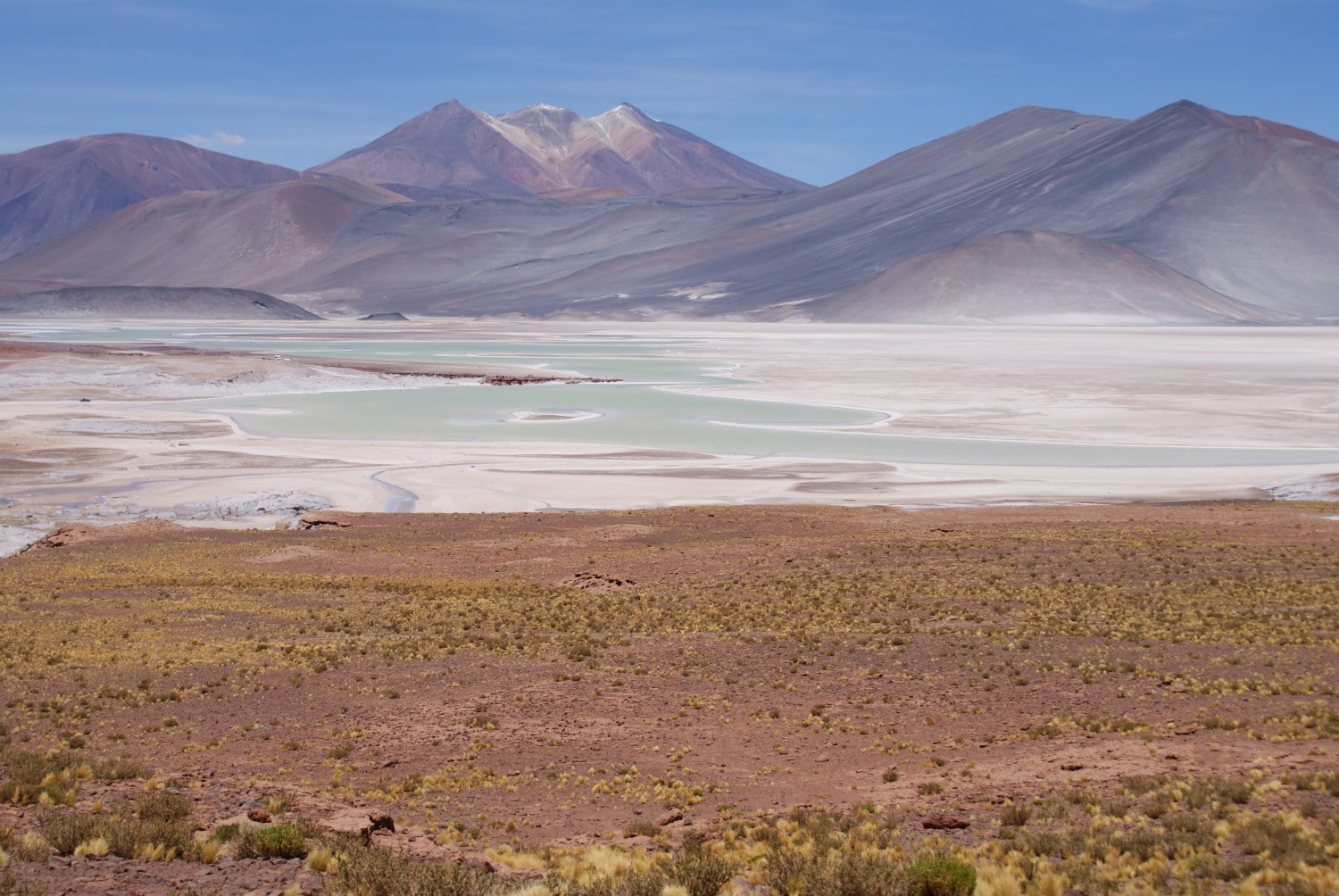 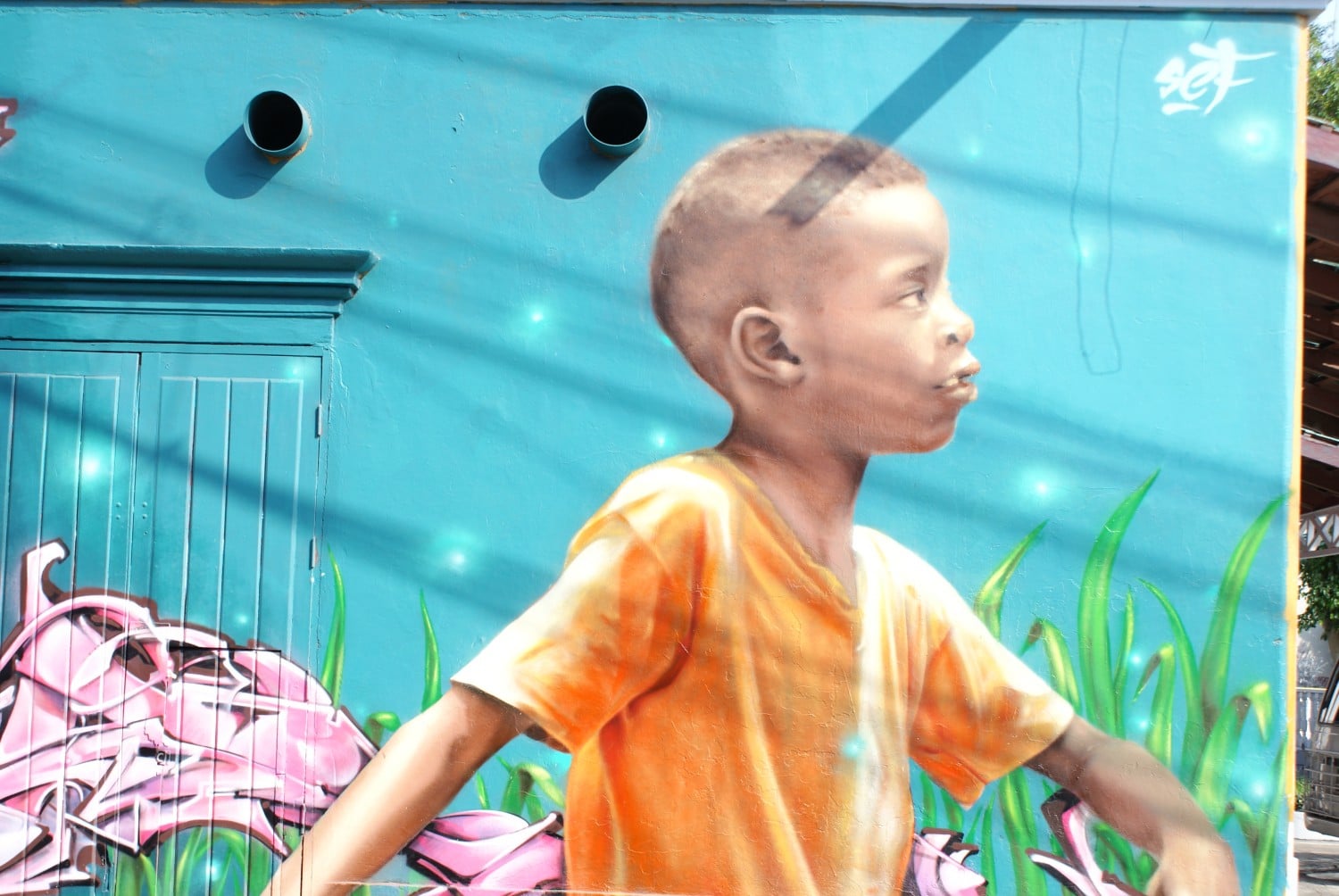 Next
Street Art in Lima: Checking Out The Peruvian Street Art Scene

The 20 Best Things To Do In Portugal – The Discoveries Of.

[…] on the outskirts of Lisbon, Belem is home to three of the city’s most famous historical sites: The Monument to the Discoveries, the Jeronimos Monastery and the Torre de Belem. If you are spending some time in Lisbon, a day in […]