Philae Temple – Visiting The Striking Temple of Isis in Aswan 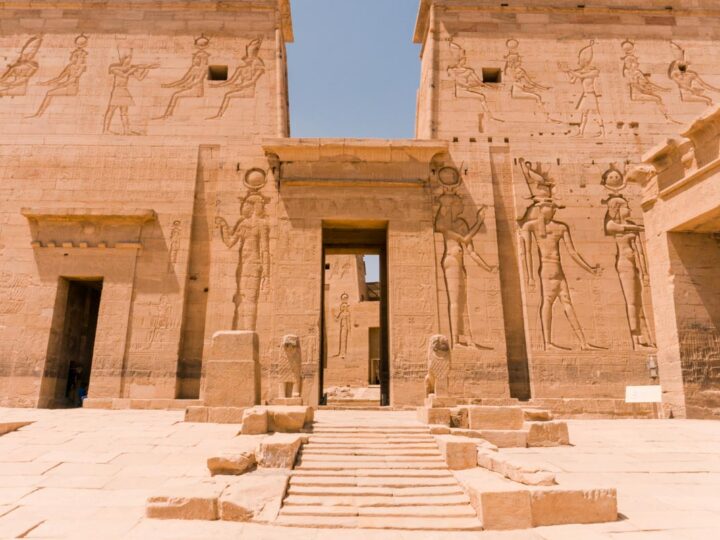 Philae Temple is a stunning island temple in Aswan. Plan your visit to the temple of Isis with this insider’s guide.

So you’re planning your trip to Philae Temple?

Let’s get the biggest thing out of the way first – Philae Temple is stunning. Chances are that you’re going to see a lot of temples on your Egypt trip – believe me when I say that Philae will stop you in your tracks nonetheless.

Long considered one of the most beautiful temples in Egypt, Philae’s towering hieroglyph-embossed walls have their own story to tell.

Ready to discover the mysteries of this ancient site? Let’s go!

Top Tip: In a Hurry? Book This Guided Tour of Philae, The High Dam and the Unfinished Obelisk for an In-Depth Look at Aswan’s Best-Known Sights.

Honestly, the real question is, “why not?”.

It’s easy to forget that the Ancient Egyptian civilization lasted for almost 30 centuries – the temples we see today boast a diversity of architectural styles and trends – no two are the same.

Philae dates from a really interesting period called the Ptolemaic Dynasty where the Greeks were essentially ruling Egypt, but still billed themselves as pharaohs and worshipped the Egyptian deities.

This confluence of Ancient Egyptian and Greek cultures, along with its relative lateness in the timeline of Ancient Egypt, means that Philae Temple really stands out from others, like those at Karnak and Abu Simbel.

In other words – it should be firmly on your list of must-visit spots in Egypt.

PS: Take a sneak peek at the temple here (and follow along for more travel adventures!)

@thediscoveriesof The Ancient Egyptian temple that was almost lost underwater! To save Philae Temple they had to move it brick by brick to a new site 🤯 #egypt #egypttravel #tiktoktravel #tiktokegypt #traveltheworldwithme ♬ Sail – AWOLNATION

What Is the Philae Temple Complex and Why Does It Exist?

The Philae Temple Complex originally stood close to the First Cataract of the Nile on Philae Island.

The complex is essentially a haven of tribute, boasting an array of temples, chapels, and shrines dedicated to several deities and pharaohs.

Aside from its grandeur and exquisite craftsmanship, Philae Temple preserves an intriguing aspect of ancient Egyptian mythology. The temple at Philae honours the deity Isis — goddess of the moon, health, and fertility, as well as the gods of Horus and Osiris.

What You’ll See Inside The Temple of Philae

Entering the temple island of Philae, you’ll see the 18-metre gateway with towering pylons on each side, exceptionally adorned with unfinished reliefs by King Nectanebo II. This grand entryway leads you to the main temple area — the Isis temple.

The Temple of Isis

The temple of Isis at Philae is the main structure on the island. Erected during the time of Ptolemy II, it is a striking building carved with giant reliefs. Though initially intended for the worship of Isis, Horus and Osiris were also worshipped here too.

Other Temples at Philae

Other noteworthy sanctuaries include the temple of Horus and the chapels of Imhotep, and the Nubian god Mandulis. The site also hosts several kiosks like the Trajan and Nectanebo and the western gate built by the Roman emperor Hadrian.

But before dashing into the mammisi (birth house), take some time to stroll around, taking in the towers’ intricate details and the colonnade-fronted forecourt.

Then, see how the artworks inside the mammisi emulate Isis’ magical talents depicting her bringing her husband, Osiris, back to life. And giving birth to their son, Horus. As you make your way through the series of dark antechambers, you’ll also spot the mummification of Osiris.

Keep your eyes peeled for Coptic crosses and Greek wall inscriptions before revelling at architectural marvels like the Kiosk of Trajan and the Gate of Ptolemy II.

A Brief History of Philae Temple

The building of Philae began in 280 BCE during the reign of Ptolemy II. Today these temples are best-known for being the last to use the classical Egyptian style.

The pharaohs of the Ptolemaic Dynasty were the last to use hieroglyphics, reliefs, and inscriptions to depict the nobility of their gods.

This is quite foretelling since the word “Philae” means “the end” in Greek.

Moving the Temple After the Construction of the Aswan High Dam

In the early 1970s, after the inauguration of the Aswan High Dam, raging floods risked the submersion of Philae. The rescue of these Nubian monuments is thanks to the joint effort between the Egyptian government and UNESCO, who then moved the sanctuary to higher ground.

How did they do it? They dismantled the structures into 40,000 blocks and transferred them brick by brick to their new home, Agilkia Island.

So I guess it wasn’t “the end” after all.

It Was a Pilgrim Centre During the Ptolemaic Era

As the hub of cultic worship to Isis, Philae Temple was a prime destination for devotees seeking healing and fertility. Many sought the gods’ blessings, which is why Ptolemaic Era pharaohs built three more structures.

Remember those Coptic symbols you glanced over in the main temple; those weren’t a mistake. Christians built churches, monasteries, and saints’ shrines to redefine Egypt’s sacred lands. The chapel dedicated to Osiris turned into a dedication to Christ.

Philae Temple itself saw its conversion to a church honouring the Virgin Mary. But despite all this, pagan worship continued at Philae Temple well into the sixth century.

You Can Find one of Philae’s Obelisks in England

Two obelisks stood on each side of the entrance to the Temple of Osiris. Upon discovery by English explorer William John Bankes, they arrived in England in 1815. In 1830 one of these gigantic pillars made its way to Kingston Lacy in Dorset, where it still stands today.

Visiting Philae on a Tour

Take one of these guided tours to see the majestic ruins of Philae Temple and understand how Egyptian mythology played a huge role in the lives of ancient civilisations.

While a guided tour takes care of all the nooks and crannies, travelling independently gives you free rein to experience all of Aswan’s unmissable attractions. Travel to Aswan from various places in Egypt via road, rail, or air.

Alternatively, you can opt for the cheapest way to travel by hopping aboard an Egyptian Railways train from Luxor to Aswan. The trip takes about three hours.

If you have some money to spend, opt for the fastest travel method by chartering a 40-minute flight from Luxor to Aswan. Ticket costs range from £160 ($190) to £250 ($297) depending on availability and the number of stops.

Check Skyscanner and get the best ticket prices.

Where To Stay for Philae Temple

Sitting atop massive boulders, the dazzling white-faced Benben Hotel boasts stunning views of the Nile. The lodge offers superior rooms with a private hot tub and terrace. Retreat to this beautifully decorated oasis and enjoy walking through the colourful garden before grabbing a drink from the bar.

Check Rates and Availability for Benben by Dhara Hotels on Booking.com

Book a suite at the Sofitel Legend Old Cataract for a more luxurious stay and enjoy a wide range of premium amenities. The hotel features regal furnishings, an underground pool, and panoramic views of the Nile.

On a budget? The colourful and vibrant Mango Guest House offers an affordable, authentic Aswan stay. Enjoy a delicious Egyptian breakfast at the quaint garden and sun terrace before wetting your tastebuds with a delightful sunset barbeque.

Check Rates and Availability for The Mango Guest House on Booking.com 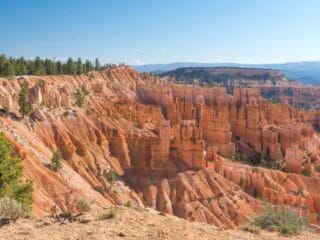 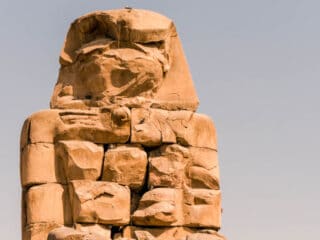 Next
Visiting the Colossi of Memnon in Luxor: A Practical Guide