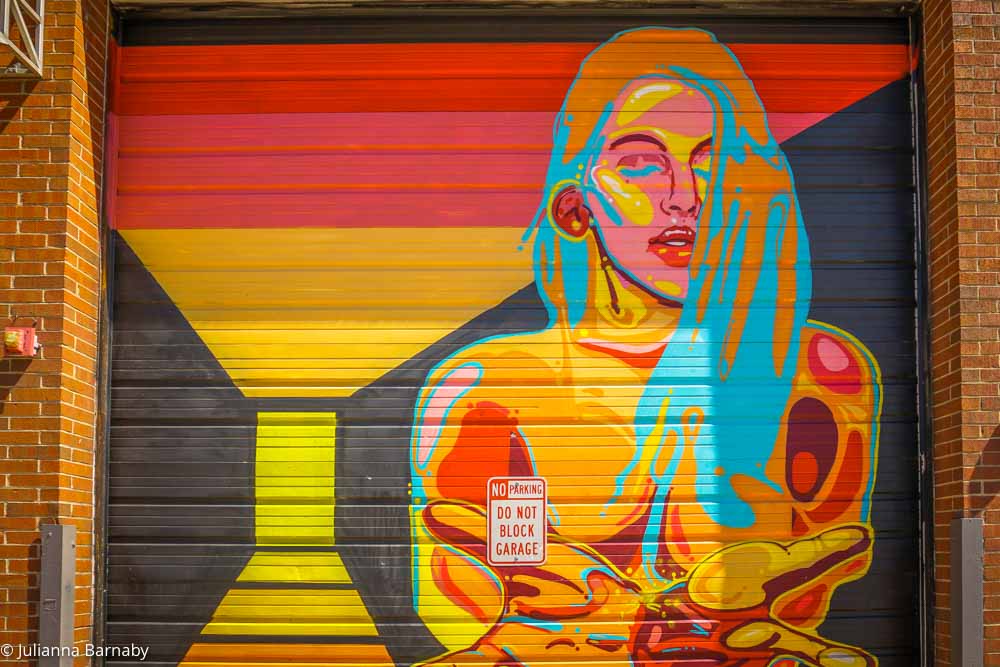 Denver is one hot ticket when it comes to street art. With its quirky demeanour and cultural focus, it’s no wonder that its urban art scene is popping – and believe me, it is. Planning to explore Denver’s murals and street art? I’ve created this handy guide, complete with a self-guided tour and map. Let’s go!

Denver was the first stop on my recent Colorado road trip and boy, did I fall in love with it HARD.

Plentiful sunshine, all the breweries you could ever wish for and (most importantly) a banging street art scene.

I’m ashamed to say that before my trip I had no idea that Denver was such an arts hub… turns out that pretty much everywhere you go, there’s a cool piece or two to be found.

Denver has a long history of public art – 1% of any construction project valued at over $1 million has to be donated to public art – huge sculptures and installations (like the famous Blue Bear) have played their role in bringing Denver’s streets to life.

Large scale murals and street art are a part of that movement too – moving from the underground to the mainstream within the past few decades.

If you’re really serious about finding the best of Denver’s street art scene in a short period of time, I’d suggest you head to RiNo (River North), which is what most of this guide to Denver’s murals and street art focuses on.

Of course, one of the big things about street art is its transitory nature. There are so many times that I’ve gone back to one of my favourite walls only to find a new piece has gone up in its place – don’t be surprised if you find the same.

That’s why I’ve organised this article by street / area rather than the individual pieces themselves. Enjoy!

Looking for a guided tour? This Blaze & Gaze Art Tour is too Colorado for words….

Where to Find Cool Denver Murals in RiNo

Hip and happening RiNo is the heart of Denver’s street art scene.

Taking a few hours to explore the area’s 80+ (no, I’m not exaggerating) official (plus more than a few more unofficial) walls is one of the best ways to see the neighbourhood.

Each September a huge street art festival, CRUSH WALLS is held in RiNo.

The festival brings the boldest and the brightest from the international street art scene (as well as a tonne of homegrown Denver talent to boot) to splash RiNo with all kinds of street art.

Though lots of cities around the world have similar festivals (Madrid, London and Montreal being three examples that spring to mind, I’ve never seen anything quite as extensive as the Crush Walls in Denver.

It’s huge – to the point where it feels like every corner holds more pieces to be discovered, each one jostling for your attention, making the most of every centimetre of their allotted space.

I’ve picked some of my favourite spots in RiNo, but if you want a full breakdown of all of the walls and pieces, check out this handy map that Crush have put together of the pieces and their locations.

Obviously that’s all going to change come September though.

PS. I wouldn’t blame you either if you stopped off at one or two of the many craft breweries dotted around the area as you were checking out the spots because hey, it’s Denver and walking is thirsty work.

The Parking Lot Next to Denver Central Market

This was the first place I started in RiNo and what a start.

The pieces here are huge and, thanks to the contrasting styles of the different artists, the overall effect is pretty impressive.

Just don’t get so distracted by the art that you forget it is actually a car park with sporadically moving vehicles and everything.

If you’re really short on time, I’d suggest sticking to the car park of Denver Central Market and the block surrounding it including Alleys 1, 2 and 3 plus a section of Larimer.

Power and Equality by Shephard Fairey

Shephard Fairey is one of the biggest names on America’s street art scene, in no small thanks down to that iconic Obama poster for the 2008 election campaign.

His strong use of shape and limited colour palette guarantee that his works always pack a punch – Power and Equality is no different.

The strong message is reminiscent of civil rights causes of times past, and serves a timely reminder that the message the piece conveys is no less relevant or required today.

You’ll find quite a few pieces by Cryptik dotted around the RiNo District – including this megalith on Larimer Street.

The artist’s clever use of Islamic script and geometric forms are mesmerising – it’s like staring into an intricate kaleidoscope.

Londoner David Shillinglaw is not afraid of a bold stroke of colour and a happy message – this is one of the many pictures in his positive “Keep Smiling” series.

Nick Napoletano blends hyperrealism with a palate of gorgeous colours to create this large-scale inverted piece of a woman staring at her reflection.

Make sure you don’t miss Alleys 1, 2 and 3 – even though they’re not actually that long, it took me at least an hour to dawdle my way along them as there are so many pieces cleverly fitted into each alley.

This does have the flipside that these three alleys are some of the busier RiNo street art spots, but I think you’ll agree these pieces are worth waiting a little longer to see.

I’ve picked a few of my favourites for you to peek at.

Psychedelic Creatures by Pharaoh One

Local artist Pharaoh One blends South American artistic influences with more than a touch of the psychedelic in his eye-popping mural.

Denver-based ESIC focuses on small details, bringing them to life in striking colours – in this case, a wave caught mid-motion.

Mexican street artist MPEK is a huge name internationally and you can glimpse his signature style, blending surrealist forms with three dimensional shading in this cool piece.

Spirited Away by Miss Meeg

On a completely different note, I was totally digging the Hayao Miyazaki-inspired Spirited Away vibes in this piece by Miss Meeg.

Miss Meeg a.k.a Meeg Conroy combines paint and wheatpasting to create murals of the people and animals that define Denver.

Females in the Night by Poni

Restore the Balance by Val the Hermit

The scale of this piece will totally blow you away – practically running the length of the whole of alley three, this Running Things piece pays homage to everyone’s favourite creepy alien Netflix program, Stranger Things with a series of murals depicting scenes from the show.

The Watching Woman by Casey Kawaguchi

The Tickle by Shitty Kitten

A Conversation by Jaime Perro Pol

The Scourge of Society by Nomad Clan

British duo Nomad Clan are tipped as two of the hottest female street artists in the world – they painted this cool piece in Crush 2018.

PS. it’s in an inaccessible forecourt around the back of the Ramble Hotel – almost at the junction of Larimer and Broadway, as is Lindee Zimmer’s below, but they’re so large seeing them isn’t exactly a problem!

You can find Lindee Zimmer’s mystical ladies all over Denver (and a couple of places internationally too).

Botanicare Mural – Michael Ortiz and Jonathon Lamb of Like Minded

Mesmerisingly creepy, Ahol Sniffs Glue’s piece contrasts the intensity of hundreds of eyes staring at you with bright colours and outlines.

Representing Ahol’s vision on life, it’s definitely one that will make you look twice.

LeFavor makes a political statement with this bold (in more ways than one) piece – the subject reflecting the written statement.

LeFavor created it to channel the worry and anxiety we feel about the things happening in today’s world, in line with his generally outspoken and politically-charged works.

Jeremy Burns has created one of the most unique Denver murals with Larimer Boy and Girl by using a three dimensional canvas to create two completely different images depending on which way you approach it from.

Vyal One’s mystical eye paintings have been popping up all over the country, but this one, which covers a whole building on Walnut can’t fail to catch your eye – there’s so much detail.

Unusual in an abstract painting and I love the contrast between the black background and neon colours.

Detour takes up the mantle of portraying minorities in heroic graphics, and I think it’s safe to say that he’s had spectacular success with none other than Miss Nina Simone.

Channelling pop art simplicity with bold uses of outline, it’s one of my favourite pieces that I found that day.

What a way to make a statement. Splashed over the corner of a block on Broadway, there’s absolutely no missing this cool piece, one of many by Pat Milbery that are dotted all over the city.

This one’s my favourite though and a total must-see Denver mural during your time in the city.

Alleys 4, 5 and 6 might not have quite the same concentration of pieces as 1, 2 and 3 (though they’re not far off)  but you’re certainly not going to struggle to find cool works along them at all.

They also have the added benefit of being a lot quieter (particularly 5 and 6 which are some distance away from Denver Central Market at the hub of the action).

That way you can pose away / study pieces closely – whichever floats your boat – with minimal chances of being disturbed.

Dark Dragon by Ease One and Casey Kawaguchi

Alice in Wonderland by Mike Graves

Hermes Messenger of the Gods by PichiAvo

Hermes is given a throughly modern makeover in this piece by Spanish artist PichiAvo (it’s actually on 32nd tucked around the corner from alley 6).

RUMTUM (or John Hastings) uses monochrome colours and fine detailing to create a cool landscape on this building on Blake Street.

Other Cool Places to find Denver Murals in RiNo

I totally failed to make it over the railway lines to 35th Street as I completely underestimated the distance and ran out of time.

Disappointing right? I know. I trust that you will do better on that front though – if you do, pieces by SWS Crew and Roadsworth will await.

Other Cool Areas for Hunting out Denver’s Murals

I didn’t get to spend any time over in East Colfax (best believe I’m saving that for the next trip though).

With its reputation as one of Denver’s liveliest cultural hubs (particularly in the music department), it’s no surprise that it has a lot of cool wall art that you should add to your Denver graffiti tour if you have time.

The area surrounding Confluence Park in LoDo (Lower Downtown to those not in the Denver know – there’s a reason that South Park took the piss out of the city for its area names) also contains a large number of cool street art pieces for you to explore.

The Art District on Santa Fe

Well, the name pretty much says it all doesn’t it. The Art District on Santa Fe has more than 30 galleries.

Not content with that, it also boasts a number of cool pieces on pretty much every outdoor surface that you can think of too!

Click here for an interactive version of the map above map with the locations of the areas and locations featured in this guide.

For RiNo – this Crush Walls map includes the locations of the pieces created for the festival each year.

And that’s it. You’re all set to go and explore Denver’s cool street art scene.

Honestly, it really is something special.

Looking for more Colorado tips and guides? Check these out…

I visited Denver as part of my recent trip to Colorado with Visit Colorado. As ever, all views and opinions are very much my own. 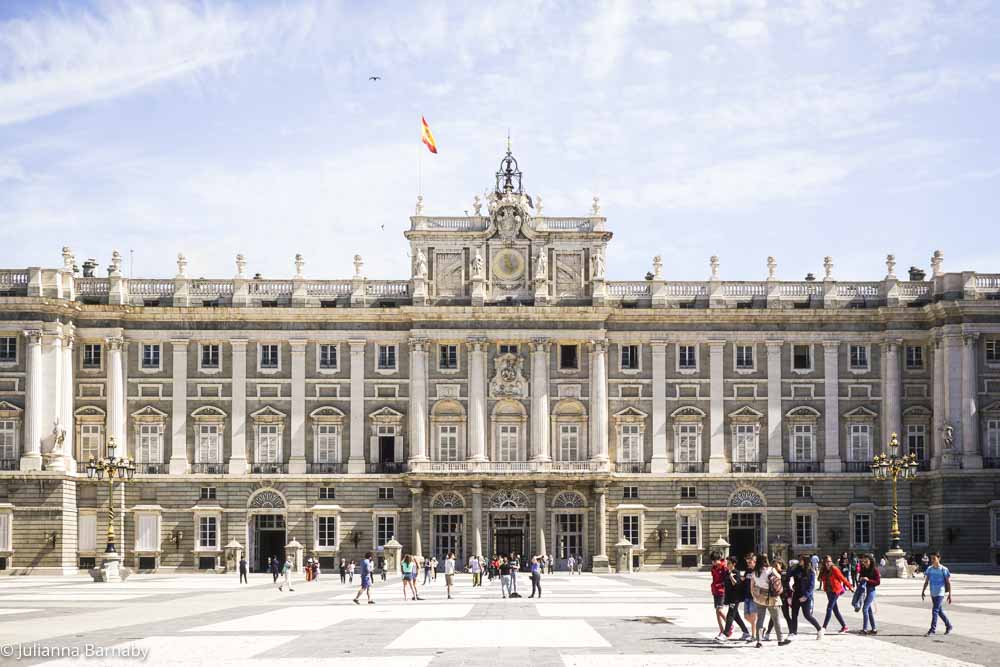 Previous
The Best Things to do in Madrid 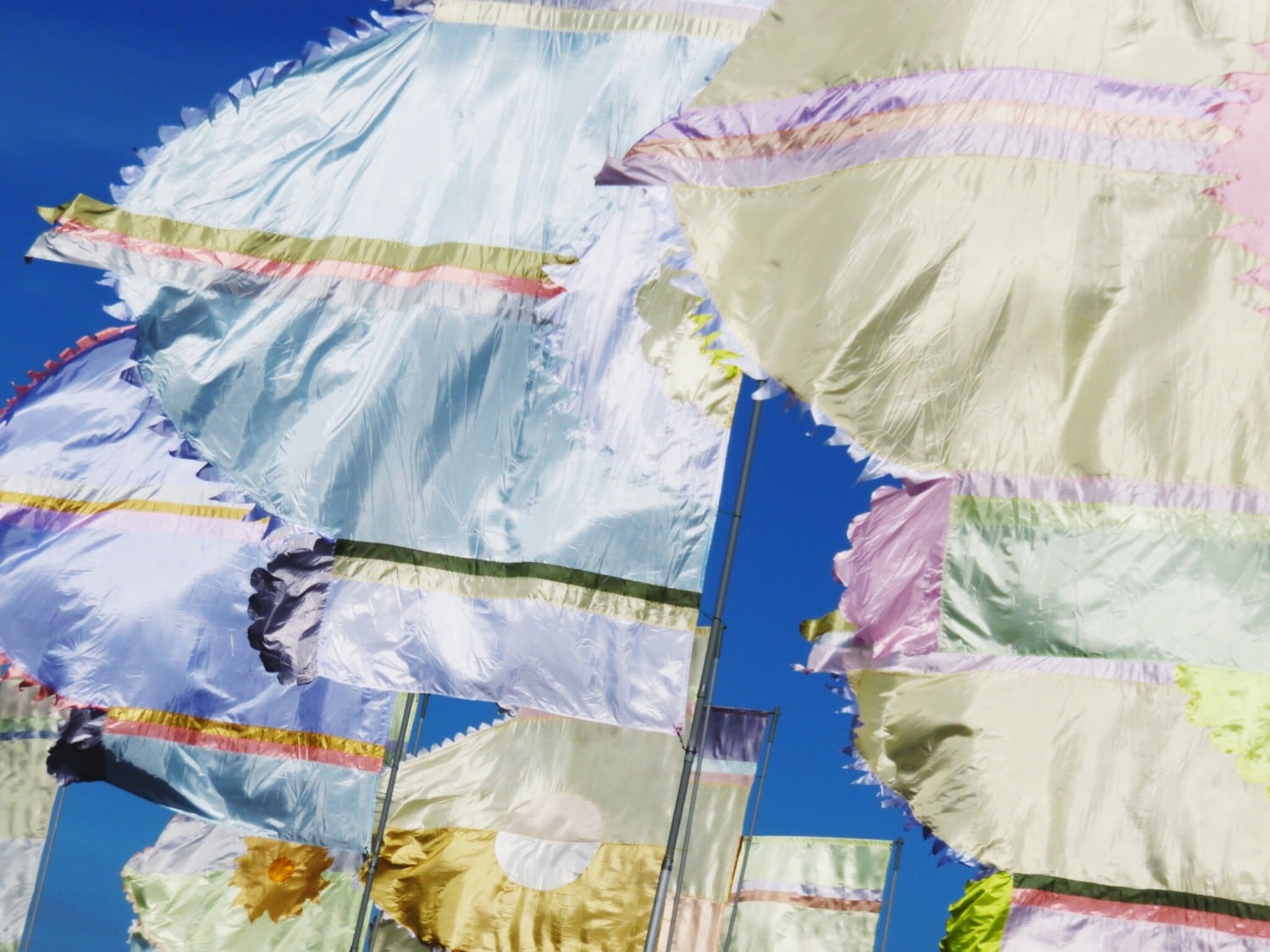