Rings of Power: Exploring The Lord of the Rings Series Filming Locations 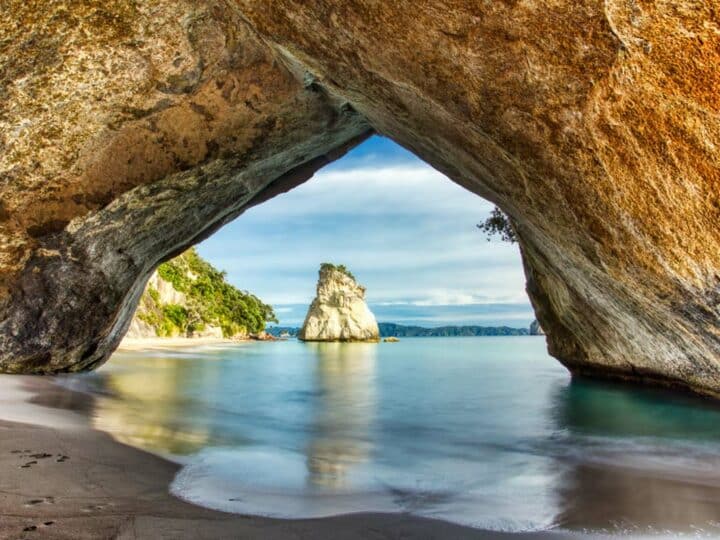 Lord of the Rings fan? Don’t miss this guide to the most beautiful filming locations from the brand new The Rings of Power series. These are the spots you need to visit.

The fantasy world of Middle-Earth first captured our imaginations with the spectacular movie trilogy based on the works of JRR Tolkien.

I’ll be honest, I’ve been obsessed with Lord of the Rings since I was younger – let me be the first (or the millionth) person to state that Peter Jackson’s holy triumvirate of films will forever be a part of cinematic history (although the less said about the subsequent The Hobbit films, the better).

But now Amazon has geared up to take us back to the realm of humans, elves, orcs, and dwarves with their multi-million dollar series — The Rings of Power. Frankly, the only thing better than seeing the show would be to live it.

So let’s do just that – join me as we dive into the real-life destinations that will give life to Middle-Earth once more.

Where Was ‘Rings of Power’ the Lord of the Rings Series Filmed?

It’s no secret that New Zealand is the country most easily reminiscent of Middle-Earth – but, it’s not just the first Lord of the Rings trilogy and The Hobbit trilogy that came to life here, The Rings of Power was also solely filmed in the country.

From the country’s mountains, iconic as the scenery of Moria, right down to the coastlines and rivers that are recognisable as the majestic River Anduin, being able to see these iconic places as well as some new ones is sheer bliss.

And for all the in-studio scenes, Amazon chose Auckland as their playing ground. Why Auckland? Well, it’s home to both Kumeu Film Studios and Auckland Film Studios. While you might not be able to nip inside to explore those, you can explore the glorious landscape nearby.

Lord of the Rings: The Rings of Power Filming Locations You Have to Visit

Without a doubt, any fan will instantly recognise Mount Doom at first glance. And while the series focuses on the lead-up to its immense presence, the nearly 50 islands that makeup Hauraki Gulf Marine Park will feature heavily in the show.

If you plan to visit, you can look forward to picturesque walking trails, epic volcanoes, and even some tantalising wineries.

Piha’s otherworldly black sand beaches, surrounded by imposing cliffs, are a favourite haunt for surfers. This coastal city is home to the famous Kitekite Waterfalls and Mercer Bay. Speculation is rife that this could be the arrival point for Galadriel and Halbrand to Middle-Earth.

Top Tip: To get to Piha beach, you’ll get on the train from Auckland to the Swanson Train Station. From there, it’s a short taxi trip to the beach.

First seen in The Hobbit: An Unexpected Journey, the massive limestone cliffs at Denize Bluffs will make another appearance in the Rings of Power.

This time, however, they will be the backdrop to the treacherous Harfoot territory. Located on the edge of the Mangaotaki Valley, you can book a guided tour if you want some adventure.

Top Tip: The easiest way to get to the Denize Bluffs is travelling to Waitomo from Auckland, a 3-hour drive.

Close to Hauraki Gulf lies the Coromandel Peninsula. This 400 km stretch of coastline and adjacent lush forests are the backdrops for much of the show’s interpretation of Middle-Earth’s natural beauty.

Top Tip: If you want to visit this idyllic part of New Zealand, hop on the train heading from Auckland to Glen Innes Train Station. Then opt for a short taxi ride to the peninsula.

I kid you not, this is one must-visit Lord of the Rings location (see what I did there). The impressive and snow-capped Mount Kidd will feature quite a bit in the show. Whether as Hithaeglir (the misty mountains) or the more sinister Gundabad, we’ll just have to wait and see.

But, you don’t have to wait for the show. Hop on this scenic flight of the Fiordland National Park, where the mountain sits.

Top Tip: The best way to experience this stunning location is by a guided tour of Fiordland.

Central Otago, located on New Zealand’s South Island, features ancient mountain ranges and majestic rivers. Theories are rife that they will depict the home of the Noldorin Elves, Eregion.

Top Tip: To reach Central Otago, you’ll have to take an international flight from Christchurch.

Another epic spot on the South Island, Kahurangi National Park, is a beautiful mix of forests and fields. Expect to see them as the location of the lush wildlands of mythical Rhovanion in the Rings of Power.

Top Tip: Nelson is the closest major city to this national park. With direct flights from all major New Zealand cities heading here, this is your go-to base for any trip to the park.

Ever wanted to see the Dead Marshes or the River Anduin in real life? Duh. Manapouri is where you need to go. The famed mires and rivers of the region within Fiordland are as close to walking in Frodo’s footsteps as you’ll get.

Top Tip: If you’re setting up camp in Queenstown, getting to Fiordland (or Te Anau) is quickly done by driving via State Highway 6 and 94.

Lord of the Rings: The Rings of Power TV Series Film Locations: Map 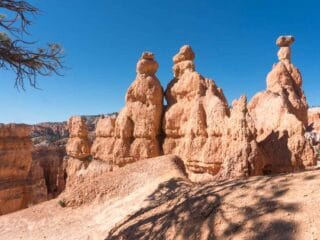 Previous
The Most Incredible Hikes in Bryce Canyon 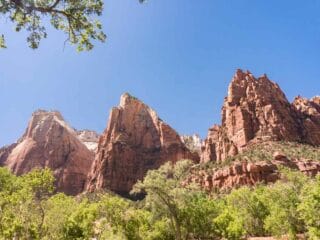 Next
2 Days in Zion | The Ultimate Zion National Park Itinerary