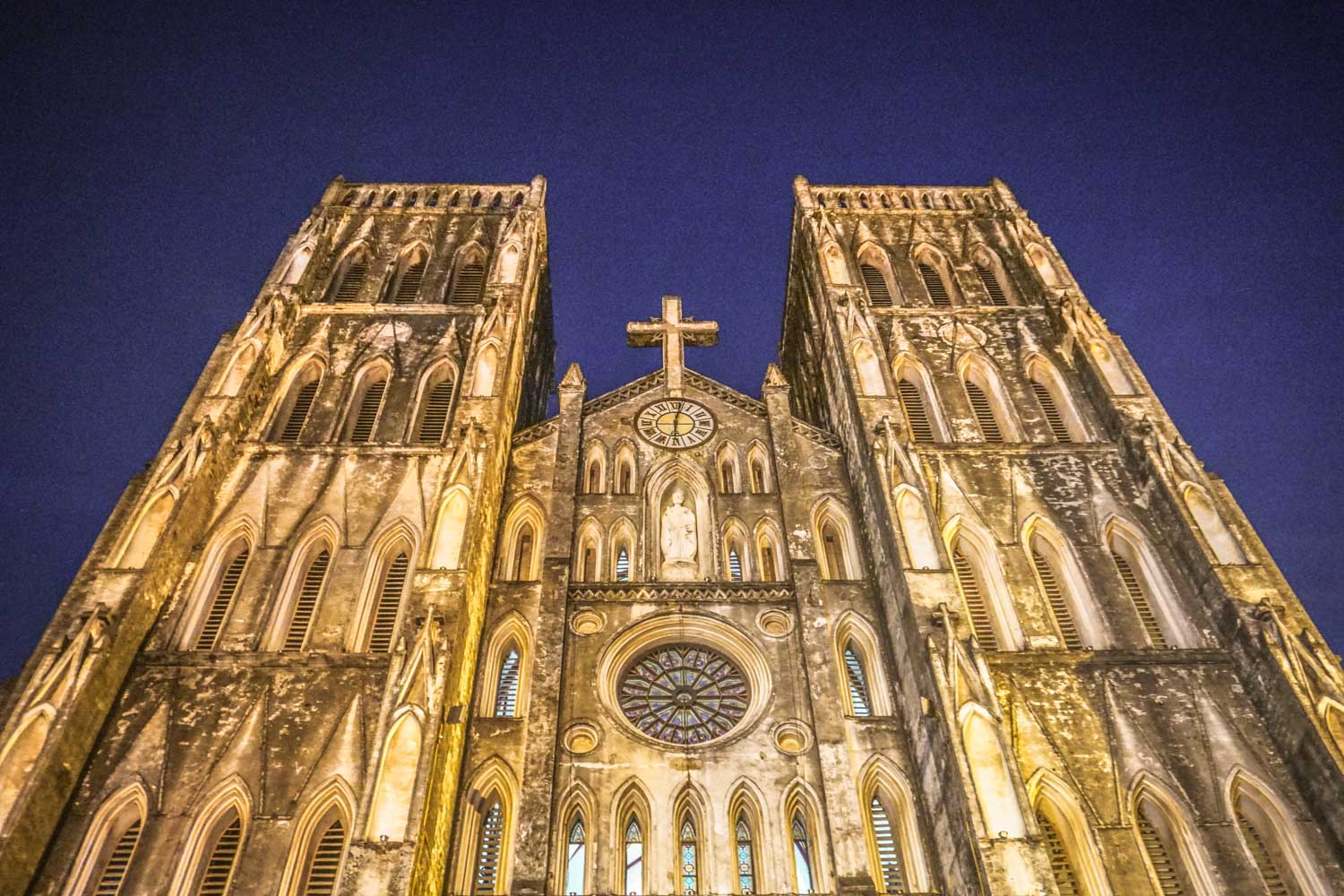 Hanoi’s Old Quarter is a charming maze of crooked streets, rammed with bustling markets, unmissable sights – not to mention some of the coolest bars in Hanoi. Here’s what you need to know before you go.

So… Hanoi’s Old Quarter. What can I say but welcome to the fray people.

If you are looking for Hanoi’s most vibrant, eclectic and sometimes out and out bizarre area, you need to make your way to the Old Quarter.

Not only is it packed with some of Hanoi’s best sights, but it’s also home to irresistible restaurants, cooler than cool bars and (dare I say it), the best pho in Hanoi.

I’ll be honest, the Old Quarter is hands down my favourite area in Hanoi. Stepping into the crazily-packed streets, heaving with scooters skirting around slightly soiled pavements always feels like an adventure. One in which even the best-laid plans can go awry, but which never fails to leave me a little dizzy and exhilarated.

First Up, Where is the Old Quarter in Hanoi?

The exact parameters of Hanoi’s Old Quarter are hotly disputed, but generally it’s accepted that the Old Quarter extends from the north section of Hoan Kiem Lake and the Hoan Kiem district – sandwiched between Hang Ga to the west and Tran Nhat Duat to the east.

Still unsure of where I mean? Pick up a map of Hanoi, find the area with the bunch of streets clustered closer together than you thought possible, often so small that the names are barely decipherable on the grid and, chances are, you’ve spotted the right place.

The Best Things to do in the Hanoi Old Quarter

Ngoc Son Temple – The Temple of the Jade Mountain

A small temple sitting in a picture-perfect location on an island in Hoan Kiem Lake, Ngoc Son Temple is one of the prettiest spots in Hanoi old city and the perfect spot to soak up the atmosphere in peace and quiet.

Unfortunately for you, peace and quiet is pretty hard to come by – you might dream of gazing peacefully out to the water, but in reality, you’re going to be battling the hoards of Instagram-hungry crowds, as well as the actual people who, you know, use the temple as an actual temple.

Hanoi is one hell of a hectic city – but it has its nooks of quiet and peace… Hoan Kiem Lake is one of them.

Plopped in the centre of the city, the lake and its surrounds are the place locals go to do the analogue equivalent of Netflix and chill. You know, hang out with friends, make actual conversation, start the morning with a spot of Tai Chi. You’re generally welcome to join in in the latter, but it involves getting up early (like 6am early) and hauling ass to a park.

I had so many good intentions about doing this, yet somehow everyday my jetlagged ass would wake up at 11am with the stark realisation that yet another opportunity to focus my zen had indeed been lost to the world of nod. I trust that you guys will be able to do better though.

First up, dismiss any ideas that you might have that something this touristy is going to be a) lame and b) not worth your time. Seeing the water puppet show at Thang Long turned into one of the surprise highlights of my Hanoi itinerary.

Why? Wellll, turns out there’s an inner child inside of all of us that can’t help but find it funny to watch a series of puppets horsing around in the water. Think Punch and Judy but without the sinister overtones and with better (live) music.

You can shell out for the fancy seats at the front, but the theatre’s pretty small so I wouldn’t bother – you’ll get a good view from wherever you are.

Stuff Yourself with The Street Food of Hanoi’s Old Quarter

If I had my way, I’d name Hanoi ‘The City in Which You Will Never Go Hungry’ or TCIWYWNGH for short. Catchy yeah?

Whatever you call it, there’s no doubt that Hanoi has one of the best street food scenes in Asia. Good food is plentiful and cheap. Bun cha, pho, spring rolls, there’s so much on offer that going to Hanoi and not exploring its incredible street food is simply not acceptable.

Not sure where to start? I’ve written this awesome Hanoi street food guide, complete with a map of the Old Quarter’s culinary hotspots. Alternatively, I took this street food tour of the Hanoi Old Quarter, which I could not recommend enough.

Don’t forget to wash it all down with Vietnamese speciality egg coffee – it’s tastier and far more addictive than you’d think.

Can I be honest with you? I found Bach Ma Temple (rumoured to be the oldest in the city a little… underwhelming. It might have a long history, but there are definitely more interesting temples that you can visit in Hanoi. You may still want to swing by while you’re in town, but I’d probably skip it next time.

You can’t miss St Joseph Cathedral. Perched in the centre of Nha Tho (Church) Street, the cathedral is the oldest in former Indochina and was built by the French in the style of the Notre Dame (except a lot smaller).

Much as I love the architecture of the cathedral, I have to confess that I’ve only ever managed to catch fleeting glimpses of the inside of the building because I have an uncanny knack for timing my trips to coincide with mass. Like every. Single. Time. Really, it’s a skill.

That’s the history lesson over *takes geek glasses off*.

Now, you could settle for walking up to Long Bien Bridge and taking a picture… but where would be the fun in that? No, you should totally do as I did and hop on the back of a local’s scooter and take the terrifying 1.6km ride over to the other side.

There’s nothing like squeezing through narrow lanes of speeding scooters on the edge of a long drop into a murky river to get your pulse going right? Right.

It’s time to court some controversy. Awarding the crown for Hanoi’s best pho is always going to be a hot topic, but I’m brave so I’ll enter the fray anyway.

I’ve spent a lot of time eating pho in Hanoi, in the Old Quarter and beyond and yet I still say that touristy, packed to the gills Pho 10 is my personal favourite.

I really wanted to recommend some completely off-the-beaten-track place that no one had ever heard of before, I really did but, when it’s good, it’s good. And Pho 10 is GOOD.

The first challenge is finding a seat. Heads up, if there is only one or two of you, you are going to be sharing a table. My joyful* companion happened to be with a know-it-all mansplainer who almost put me off my food – luckily even irritating conversations can’t detract from pho this good. Next up, take your pick from the relatively short menu and wait for the magic to happen.

You can thank me later.

*by joyful I clearly mean so annoying he made me want to put my face in my pho just to drown out his stream of conscious borefest masquerading as conversation, which mainly revolved around how much he knew, how much he’d travelled, and how awesome he was. I assure you that he wasn’t.

Remember the days when gin was totally unfashionable? You know, when the only people who drank it were decrepit old grannies going to ruin, downing gins first thing in the morning and raising hell while they were at it (wait a second, that actually sounds pretty fabulous)?

Yeah, well you can forget all that. These days gin is cool, which is a relief because I absolutely love gin. Like used to be a member of the Oxford Gin Appreciation Society while at university level love.

So you can imagine my absolute glee when I found out that there was a bar called the Mad Botanist dedicated solely to gin in Hanoi’s Old Quarter. Absolutely no way that I was going to miss that. Absolutely no way you should miss it either.

Our (well, my) favourite drink is mixed with a variety of innovative botanicals and tinctures. The result? Some of the best G&Ts that are going to pass your lips. Hail the nectar of the gods.

Enjoy the Cocktails at Polite & Co

Let me tell you a little secret. Hanoi has a pretty decent cocktail bar scene.

A lot of people think that Hanoi’s nightlife scene revolves around the packed and frenetic Bia Hoi corner but there are so many other (better) options out there.

PS. Try Polite & Co’s Pho Cocktail – it will knock your socks off. Be careful – have too many and it might also knock you to the floor.

Drinking beer whilst sitting on a tiny plastic chair in a packed street or sipping a delicious little cocktail in a stylish bar like Polite & Co? I know which one I choose.

Like everywhere else in the world, Hanoi’s woken up to the fact that people really, really like craft beer.

But what the crafty folk at Pasteur Street Brewing Co have also worked out is that beer tastes better with great food too. Who the hell knew? Visit on a Tuesday and they will even throw in an oh so cheesy but totally loveable live band top. Love.

Hang Out at the Hanoi Social Club

Hanoi Social Club has earned itself something of a reputation for being one of the cooler places to spend time in the city’s Old Quarter and I can totally see why.

A multi-floored warren of hangout dens serving wholesome international food and good wine (two things that can be pretty hard to come across in the city), it’s a friendly and chill place to spend a few hours with your favourite book or where you can while away a relaxed evening.

I was rather grumpy when I rocked up at Hanoi Social Club soaked to the skin thanks to a torrential downpour that had drenched me with the anger of a thwarted god (it’s OK, I’m British, rain is something I’m not entirely unfamiliar with).

Yet it was a matter of mere minutes before I found myself ensconced in a comfortable armchair, glass of red in hand and delicious food on the table. It’s like they saw my grumpy face and knew the drill.

Where to Stay in the Hanoi Old Quarter

It shouldn’t come as a surprise that Hanoi’s Old Quarter isn’t short on options when it comes to places to stay.

Silk Path Boutique Hotel strikes the balance between a central location, stunning views (it overlooks Hoan Kiem Lake) and a wallet-friendly price (rooms are around £50/ $70 per night). 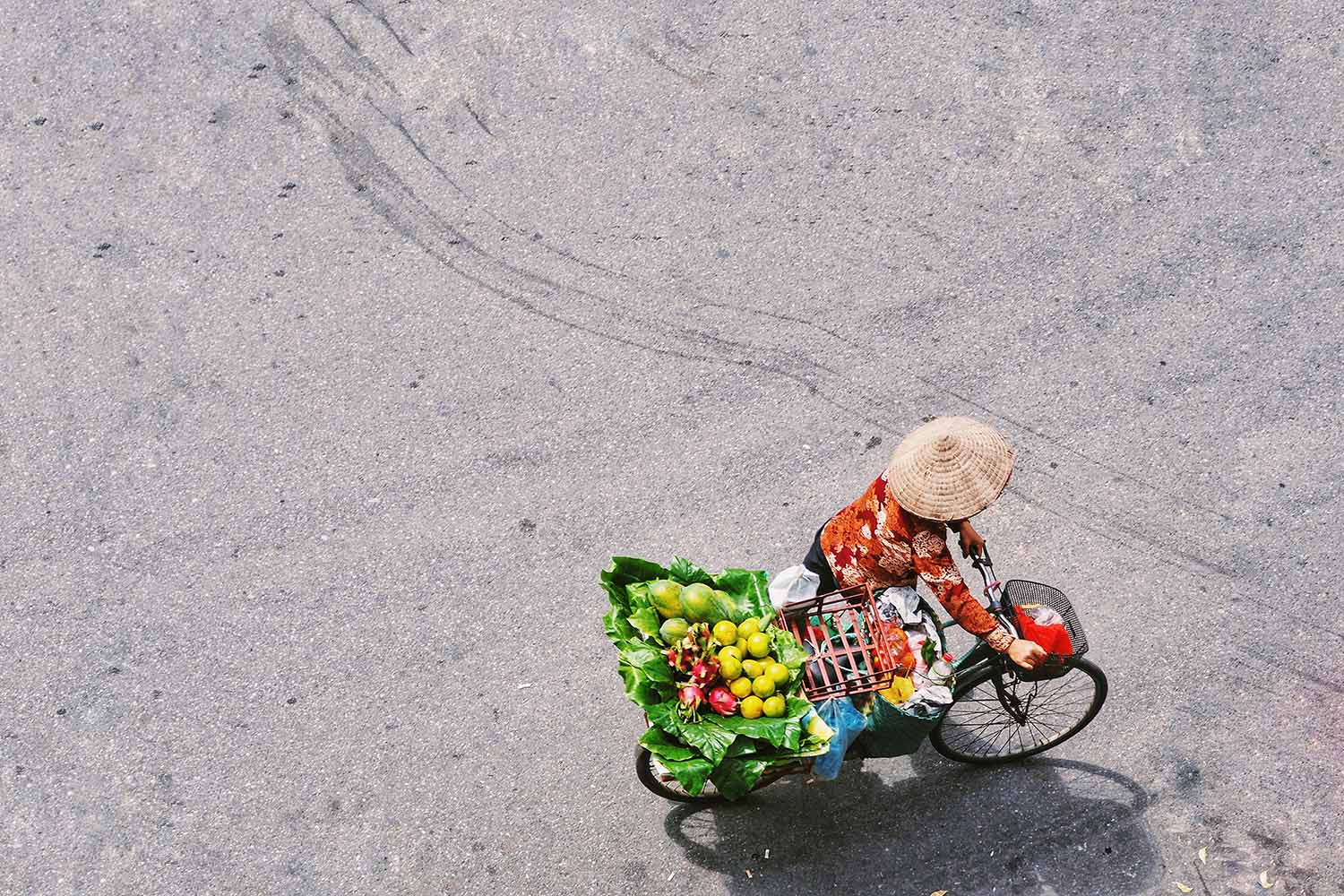 Previous
26 Unmissable Things to do in Hanoi 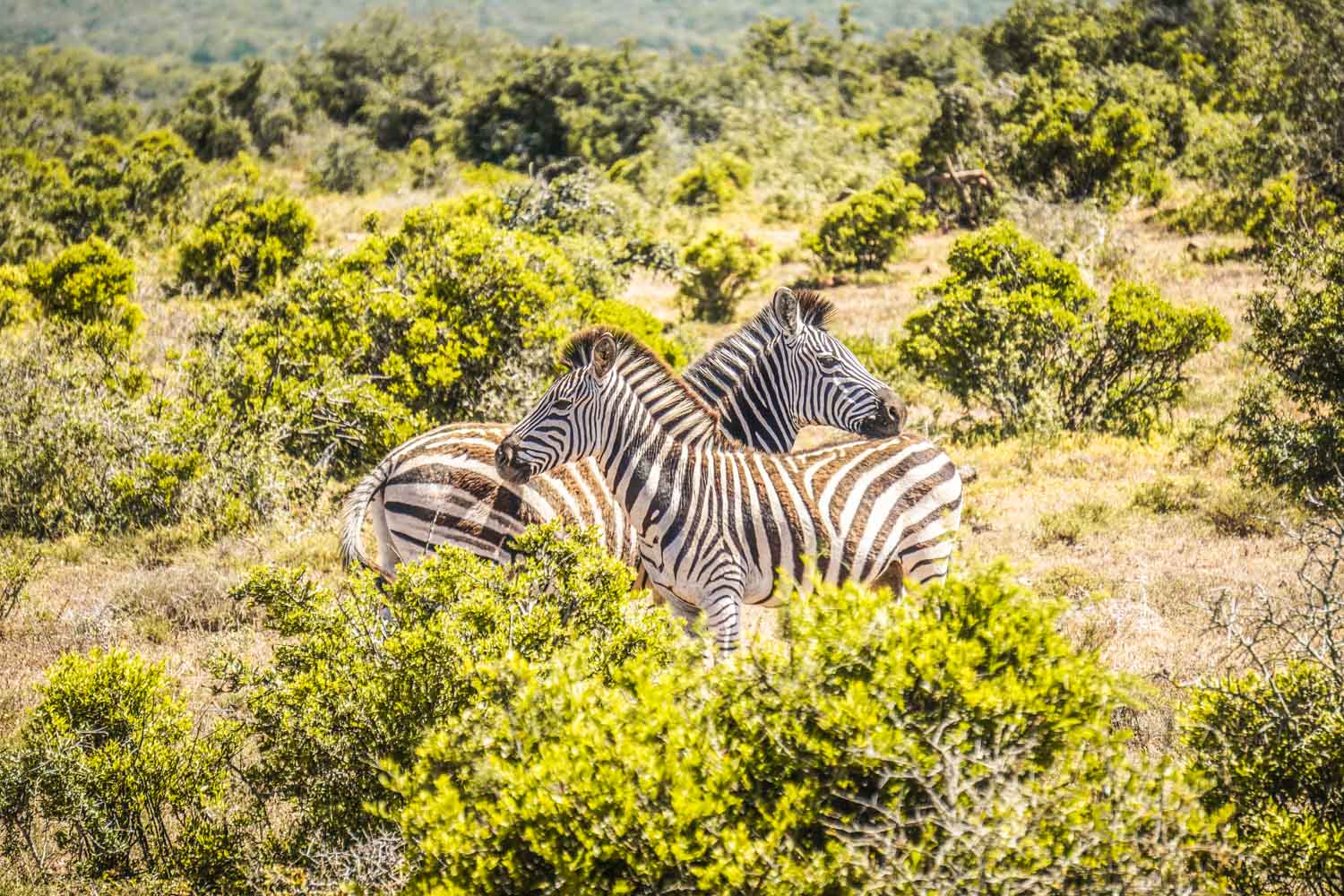 Next
Safari in Addo Elephant National Park: A Step-by-Step Guide