Brazilian Kissing Culture: A Guide to Greetings in Brazil 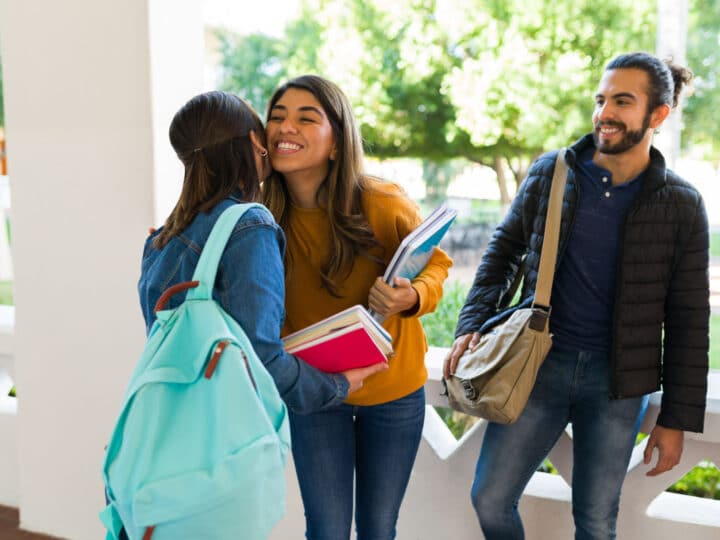 What if, instead of a handshake, you greeted everyone you met with a kiss? What if it was totally normal to get so close to them you could smell their cologne or what they ate for lunch? Strange, huh? Not at all, if you’re visiting Brazil.

One of the things that took me by surprise living in Rio de Janeiro and traveling around Brazil was how openly people kiss each other.

Everywhere you look, there are people giving kisses out like candy on Halloween. Cheek kisses, mouth kisses, air kisses…all kinds of affection are fair game here.

It’s an integral part of life and culture in Brazil, and one that’s absolutely fascinating coming from a culture of handshakes and head nods.

I know Brazilian kissing culture can be confusing for many visitors, so I’ve spelled out some of the most common kissing etiquette in this post.

From friendly introductions to more-than-friendly behaviors, learn how Brazilians approach the act of kissing, and what you should expect when you travel there.

In Brazil, it all starts with a kiss. When meeting a new Brazilian friend, they’ll most likely lean in for a cheek kiss (or two! three!) upon first meeting you.

If you’re coming from a country where this isn’t customary, it might feel a little funny. Don’t worry – it’s totally platonic!

This took me by complete surprise when I first moved to Brazil, because in the United States, we usually greet each other with a wave or a nod. However, I started to find it kind of endearing that people greet each other so closely from the very first time.

It can take some getting used to, but after a while, it becomes second nature to lean in for a quick beijo upon meeting someone. Just don’t forget to break that habit when you head back home!

The kissing doesn’t stop after your first introduction. Every time you see your new friends, you’ll greet them with a cheek kiss (or a few).

If you’re not sure how many to give, watch how others are greeting each other to get a feel for the customary gesture.

While in Brazil, you’ll greet nearly every non-professional acquaintance this way, from friends of friends to your boyfriend’s grandma.

Again, these gestures are totally platonic, commonplace, and polite.

In areas like São Paulo and Minas Gerais, where just one beijo is commonplace, usually you’ll give it with your right cheek touching theirs. This is arguably the most common form of kiss-greetings in Brazil, so if you’re unsure of how many kisses to give, it’s fine to default to just one.

In Rio de Janeiro, where I lived, two kisses are customary – “dois beijos” in Portuguese.

Again, these typically start with the right side of your face, then switch to the left. Usually, this occurs both when you’re saying “hello” and “goodbye.”

In some areas of Brazil, like Bahia, it can be customary to kiss three times. Three times?!

In these cases, start with the right side of your cheek and then alternate twice more.

Make sure you follow the other person’s cues to figure out when to stop, or things can get awkward really quickly!

When texting or messaging with Brazilian friends, it’s common to see things like “bjos” or “beijos” in messages or email signatures.

This is the equivalent of saying something like “cheers” or “warm regards” in a message to a friend.

It’s common to write this when you’re saying goodbye or signing off a casual email. I’ve even seen this a couple of times on professional emails, but I’m not sure if it’s considered standard practice in the corporate world there.

Much like an email or text, many people will say “beijos” or “um beijo” in phone conversations. It’s another way to say, “take care” or “love you” when saying goodbye.

Many Brazilians will actually couple it with the word for goodbye, ending their phone conversations with something like “um beijo, tchau.”

This is totally normal and shows your affection for your friend on the phone.

Just because the above examples are completely platonic doesn’t mean all kissing is.

If you’re coming from a country where public displays of affection are typically kept to a minimum, you might be surprised about just how public these displays can be in Brazil.

Whether you’re on the beach, or at a club, or just walking around on the streets, couples are often VERY passionate about showing their love for each other.

It’s normal for couples to stand on a street corner, passionately making out and not paying attention to anything else. It might surprise you at first, but it’s just a normal part of life in Brazil.

Kissing as a Greeting in Brazil: The Bottom Line

If you’re traveling to Brazil sometime soon, it’s good to take note of the greeting and kissing customs that are common in each region.

You might even find these customs endearing, bringing complete strangers very physically close together upon first meeting them.

Personally, I think Brazilian kissing culture is a testament to how open and friendly the people are there, and speaks wonders about the warmth of their culture.

Want to Learn More About Brazil? Read Next 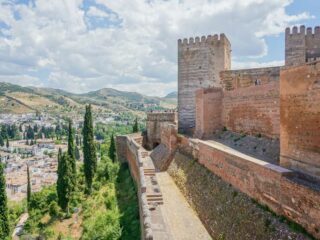 Previous
The Best Things to do in Granada, Spain 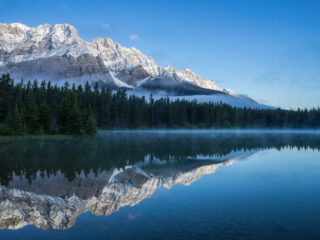 Next
2 Days in Banff - A Rather Brilliant Banff Itinerary

Just an observation, if you are a man and you are visiting Brazil, don't kiss another man in the cheeks, a handshake is enough. In Brazil, greeting kisses are executed exactly in the same way as in France.

The greeting kisses kinda remind me of how peple in France greet each other. I studied there one summer and I remember not being all that used to it at first but I started doing the same in no time. And texting too! The French use "bisous" for kisses as well!

it seems after all it's a habit in many countries! When I moved to france, I was terrified by all the kissing! In my home country we do what you describe; hand shake, nods and if it's a good friend, you maybe give a hug.. so you stay in good distance with strangers. In France it's the opposite and it made me feel so uncomfortable at first :) Now I really think it's nice!

What a unique culture. I think it's one way of making sure everyone is happy, for one would not kiss greet when one is sad. I'm glad I now know an aspect of Brazilian culture. I'm prepared for a visit. Beijos

What a fun post! I'm always curious about cultures that share kisses on the cheek and didn't know that there was an actual science behind it. Something to totally keep in mind when visiting Brazil!