14 Stunning Castles in England You Have to Visit 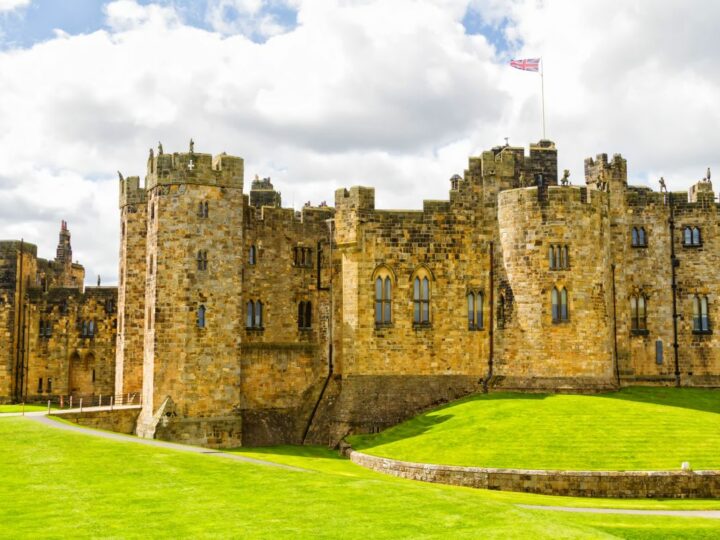 Ready to explore the most stunning castles in England? Steeped in history, these impressive fortresses are a must-visit for any planned trip.

With castles dotting the landscapes of England, finding the best can be a little tricky.

I’ll be the first person to admit that not all of England’s castles are the most exciting – I get it… you want to skip on the piles of ruins and visit some of the country’s well-preserved spots instead.

This guide will take you on a jaunt around the English castles you need to visit. Ready to explore?

Built on the bend of the River Avon, Warwick Castle is one of the most traditional motte and bailey castles in England. I might be biased, as I’ve visited this castle plenty of times, but it’s truly one of the best in England (if not, the UK).

It was originally constructed during the Norman conquest, but rebuilt as a stone castle during the 12th century – not to mention that the castle grounds include 64 acres of beautiful gardens.

Warwick Castle is paradise if you’re a history fanatic. They have daily showcases with staged reenactments of historic moments in the castle’s history, as well as jousting tournaments and falcon shows.

It’s also owned by Merlin, the folk behind the London Dungeons and Madame Tussauds, so book into the castle dungeons and prepare yourself for a spooky encounter with some Medieval faces.

One of the biggest castles in England, Leeds Castle in Kent spans over 500 acres of eye-catching countryside. Reconstructed in 1823 as a Tudor castle during the reign of Henry VIII, it is just under 955 years old in 2022.

Leeds Castle is now well known as one of the loveliest castles in England due to its reputation as a romantic getaway. It housed six of England’s medieval queens and is now a top-rated castle hotel – a stay here is right at the very top of my bucket list right now.

The castle grounds house an exciting maze that leads to a grotto enclave filled with recreations of mythical creatures using shells, minerals, and wood.

Used as a military fortress during multiple great wars, Dover Castle in Kent started construction in 1180.

Perched on a scenic hill overlooking the English Channel, the castle has played an integral role in England’s history.

It housed an underground hospital used during sieges, and as a result, 21-foot thick walls surround the castle. Beyond the hospital lie several secret tunnels which lead to one of the lighthouses in the country.

With a history like that of Dover Castle, you’ll find highlights of various military operations and medical rescue missions undertaken on the grounds brought to life by visual effects and actual film footage.

Home to Anne Boleyn during her childhood, Hever Castle encompasses more than 700 years of historical prevalence.

The castle grounds, spanning 125 acres, are made up of award-winning gardens and a 100-year-old maze.

When you visit the castle, keep your eyes peeled for the breathtaking Dahlia displays and arrangement of Katsura trees found within the gardens.

Built in 1385, Bodiam Castle sits at the top of the list of the best medieval castles in England. Surrounded by a large moat, the court tokened by circular towers includes a gatehouse and imposing twin towers.

The castle’s exterior has been kept in near perfect condition, while the interior is more neglected – though this does not make it any less worthy of being on this list. It simply adds to its charm.

If you’re after an eye-catching display of castle architecture, few castles in southeast England come close to Bodiam.

Constructed under the rule of William the Conqueror in 1068 (keep his name in mind, he pops up a lot), Lincoln Castle remains one of the best England castles due to its sheer size and how well-preserved it is. The castle has a rich past as it was both used as a prison and court of law.

It is now open to the public as a museum, and displays relics from a Scandinavian church found on the grounds during an excavation in 2013.

William the Conqueror can be thanked for building another of the best English castles –  Norwich Castle, during 1067. Used during his reign to keep control over the East Anglia Kingdom, the castle is an ode to England’s power over the region.

Currently, the castle is home to an extensive collection of art, archaeological finds, and national heritage exhibitions.

Visiting the Norwich Castle Museum and Art Gallery should definitely be on your to-do list if you want an unforgettable journey through England’s history.

As the first castle in the country’s history to be protected by Parliamentary legislature, Berkhamsted is officially the oldest castle in England. Ownership passed along to multiple royal leaders after Robert of Mortain built the castle in 1067.

It wasn’t until the late 15th century that the castle fell out of tune with what is considered fit for the housing of royalty. Since then, notably, the castle has been used as the directing line of the London-Birmingham Railway.

Known worldwide thanks to Queenie, Windsor Castle is without a doubt the most famous castle in England and needs no introduction. Constructed in the 11th century, the castle is over 950 years old.

Having housed a reported 39 monarchs in its lifetime, Windsor Castle is also one of the longest-occupied castles in the world.

With the castle still being in operation for royal duties, Queen Elizabeth II regularly hosts foreign heads of state at the palace.

Visiting the court, you’ll be able to view ceremonies such as the changing of the guard – this impressive ceremony is just one reason that this castle is one of the most popular castles to visit in England.

The Tower of London

The Tower of London is a site crucial to the shaping of England’s history. With the first part of construction finished in 1078, the White Tower sits at the core of the tower grounds.

Now surrounded by several more towers, tours of the tower include various exhibitions, with the Crown Jewels being what most people come to see.

Officially known as Her Majesty’s Royal Palace and Fortress of the Tower of London, you’ll be entrenched in regal and horrifying history.

Fun Fact: Tales told by tower guards have given the Tower of London a reputation for being one of the most haunted castles in England.

For more interesting facts about London, here are 55 facts I bet you never knew.

Surrounded by myth and legend, the castle ruins in England of Tintagel Castle are among the most famous relics from decades ago.

Built during the 13th century by the Earl of Cornwall, the now 800-year-old ruins hold legends in their walls.

For anyone who has been to the popular site, the court at Tintagel strikes an unmistakable resemblance to the court of King Arthur. In fact, it’s one of the most visually impressive English castles I’ve ever visited.

Archaeological excavations uncovered relics on the grounds dating back to the dark ages, which add to the flair and fantasy of the most famous ruined castles in England.

Sitting high on a hill overlooking West Sussex, Arundel Castle also owes its existence to William the Conqueror, who commissioned the castle’s construction in the 11th century. Undergoing various repairs after the English Civil War, it now stands as beautiful as ever.

Arundel is genuinely unique because it is one of the first castles in English history to have features such as central heating, electricity, and lifts.

Ask anyone who has ever visited or stayed the night at St Briavels Castle, and you’ll be told stories of truly haunting experiences. Although now used as a youth hostel, the castle is a creepy spot only for those who dare to brave it.

Built during the 12th century, the castle and its grounds have had plenty of time to collect their share of ghosts.

These apparently include a black dog that wanders the grounds, a grey lady who sits in the top corridor, and a ghoulish knight – I’ll stick to visiting during the day, thank you very much.

Possibly the only castle that rivals Warwick in my heart is the beautiful St Michael’s Mount, which is built on a breathtaking small tidal island off the coast. It might just be the best castle in England, with the court only accessible via a cobblestone footpath – and only when the tide is low.

Dripping in majesty and scenery straight from a fantasy epic, the grounds are also said to be the legendary home of giants.

Time your visit just right – you do not want to get stuck on the island after high tide.

For an amazing trip to the UK, look at this epic UK bucket list. 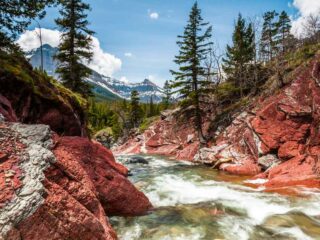 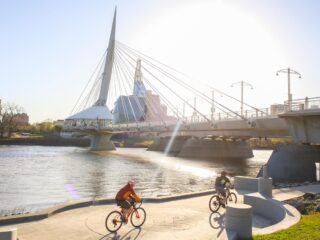 Next
Awesome Outdoors Activities in Winnipeg You Have to Try