Time to Discover: The Monastery of San Francisco, Lima (and the Creepy Catacombs)

The Monastery of San Francisco, Lima and the accompanying Church of San Francisco are two of Lima’s most attractive sights. Read my full guide to visiting, along with the monastery’s creepy catacombs.

I’ve been in Lima (Peru) for a few days and have been absolutely loving it. I wasn’t sure if I would like it to be honest, but it’s really captured my heart. J & I have been wandering around, capturing street art, eating ceviche, drinking pisco sours and generally having a great time on our travels.

Anyway, we took a trip to Lima’s Monastery of San Francisco yesterday and it was really one of the highlights of the trip so far.

What is generally referred to as the Monastery of San Francisco is actually two different parts. The first is the Iglesia or Church of San Francisco and the second is the Convento de San Francisco, which is where the Franciscan monks lived, ate and studied.

First Impressions of the Monastery of San Francisco

The Monastery of San Francisco was blessed in the 17th century, 1673 to be precise, but wasn’t completed until 1774. Over the years, it’s withstood several serious earthquakes in Lima and had its fair share of damage from some of them.

That said, the complex has always been lovingly restored, so much so that walking around both the inside and the outside really feels like you are stepping back in time.

It was hot and sunny when we arrived, so I thought I’d sneak in a cheeky Periscope video of the impressive baroque building before going into the monastery and church themselves.

Little did I know that when I started doing my usual semi-nervous and slightly awkward spiel that Periscope would choose it as one of their live videos and the post would go viral.

Once my temporary fame was over, we went into the Convento de San Francisco, paid our 10 soles and waited for the guided tour of the buildings to start.

Our guide showed our small group around the whole of the San Francisco Monastery.

Our first stop was the Convento de San Francisco’s library, which holds over 25,000 Spanish, English and Quechua books from the 16th to the 20th centuries.

Shelves and shelves of ancient tomes are stacked above each other in the ornately decorated room.

Many of the library’s books are now so old and delicate that they can only be handled by the Franciscan monks themselves. There’s even a version of the Bible dating from 1571.

The interiors of the Convento and the Iglesia are heavily-influenced by Moorish designs: everywhere you look there are elaborately carved wooden ceilings and ornately decorated tiles.

The Convento is built around a peaceful central garden filled with mango and lucuma fruit trees, along with many other things. Much as I loved the gardens, the cloisters were really something else.

The Cloisters at the Convent of San Francisco

Above the beautiful tile-work, you may be able to spot the series of murals depicting the life of St Francis of Assisi (to whom the Convento and Church are dedicated to and named after).

Some of the murals have been restored. Strangely though, all those that haven’t have chunks missing from the artwork and no-one knows why – all a bit bizarre but beautiful nonetheless.

The cloisters lead to a series of rooms, each one filled with something a little different. One is filled with ceiling frescoes and a magnificent golden centrepiece depicting angels, flowers and fruit surrounding the Virgin Mary.

The next featured a series of 17th century paintings following the Passion of the Christ in the Ruben’s style of carefully-balanced darkness and light.

I particularly loved the grand refectory with its huge, carved wooden seats.

The main feature here is Diego de la Puerto’s 1696 painting of The Last Supper. Sure, we’ve all seen pictures of the last supper before but have you ever seen one with guinea-pigs and potatoes as part of the meal? Thought not.

De La Puerto wanted to do something a little different to the traditional representations of the biblical story. So he created a version that represented the meeting of the Peruvian and Spanish cultures.

Visiting the Lima Catacombs in the Monastery of San Francisco

There’s a hidden (and perhaps darker) side to the Monastery of San Francisco than appears at first sight… the catacombs.

Descend into the foundations of the church and you will find the Monastery of San Francisco Lima catacombs – the largest catacombs in Lima.

Over 25,000 people were buried in the catacombs up until 1808. They were closed and then forgotten about until they were rediscovered and reopened in 1947.

When they were reopened, the archaeologists and anthropologists decided to sort through the skeletons and separate them out (grim, grim, grim). That’s why when you visit today, you will find the graves separated by different body parts.

Whether you like the idea of descending into the catacombs or not, I had a somewhat macabre fascination with the way the bones have been organised into patterns and shapes. Again, grim but, you know…

It will come as no surprise that it was pretty dark and gloomy in the catacombs and it was a real relief to come up to the fresh air and go into the Church itself. Impressive or what?

It’s almost like I saved the best ’til last.

The vaults and columns showcase the Moorish-styled decor to perfection, so much so that I found it difficult to stop taking pictures and just focus on the fact that this is a crazily impressive building.

So there it is, the Monastery of San Francisco. Have you been? What did you think? I’d definitely say it’s one of the things in Lima that travellers should make sure they see. Keep your eyes open for my other articles about Lima over the coming days. In the meantime, check out my other pieces on Peru.

Useful Info for Visiting the Monastery of San Francisco, L

You can also visit the Monastery and Convent of San Francisco (along with the Lima catacombs) as part of this tour, which is highly recommended. 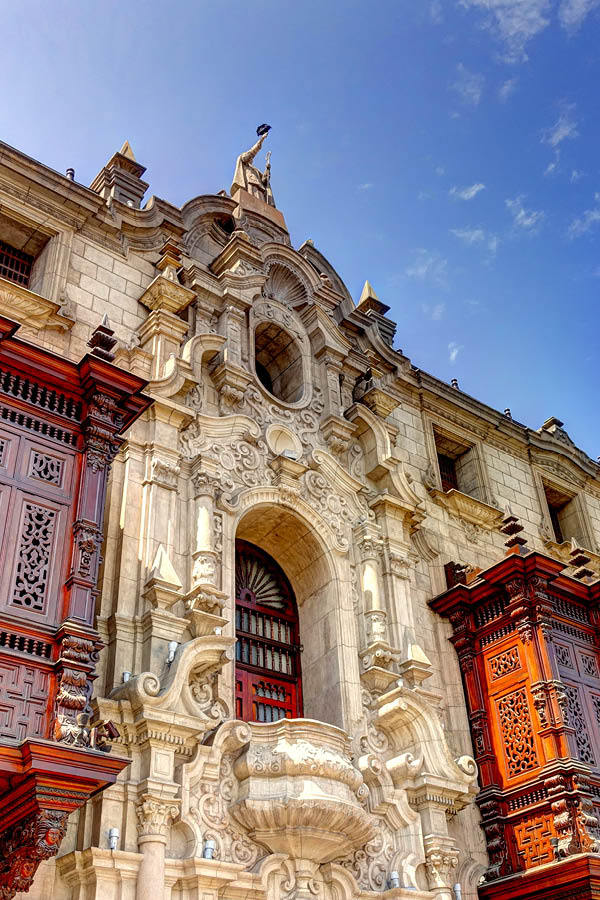 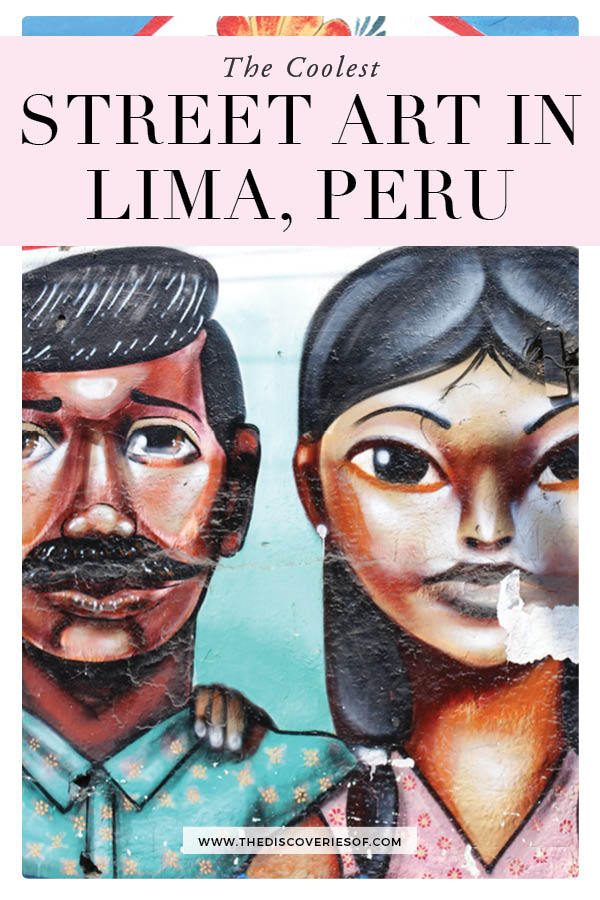 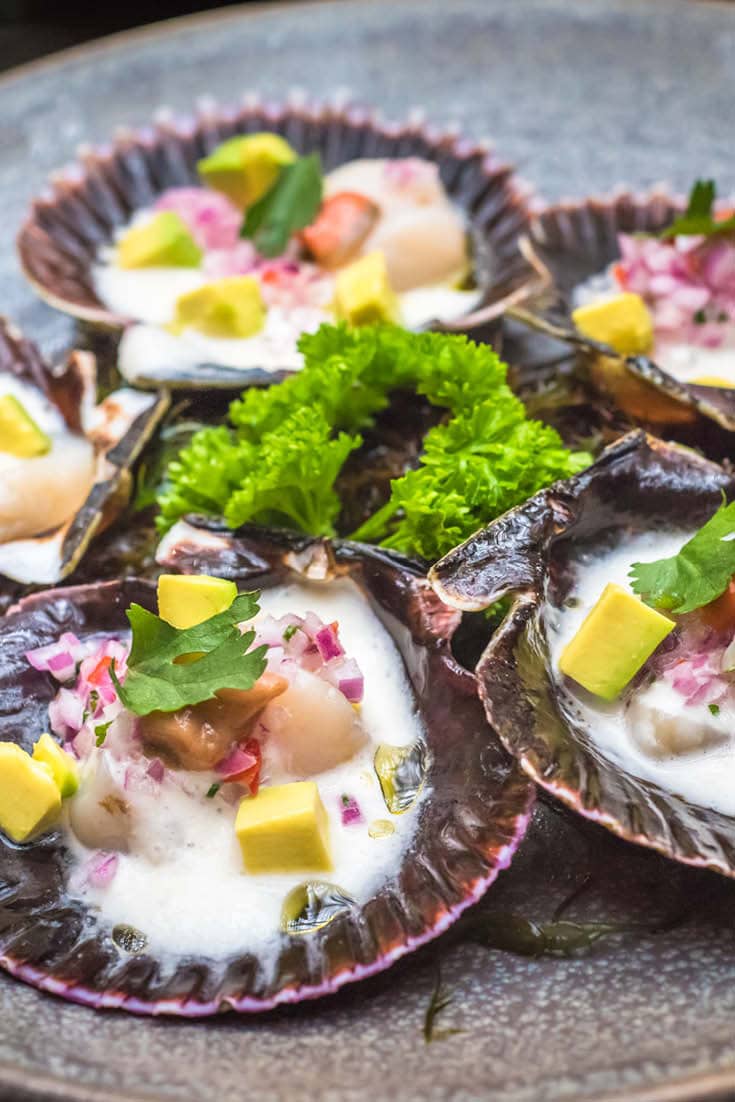 Where to Find the Best Ceviche in Lima 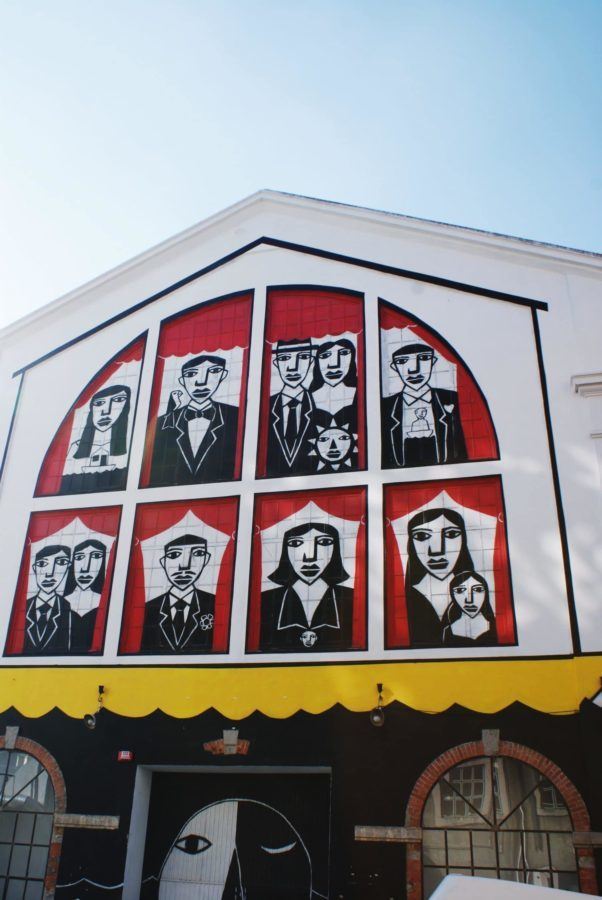 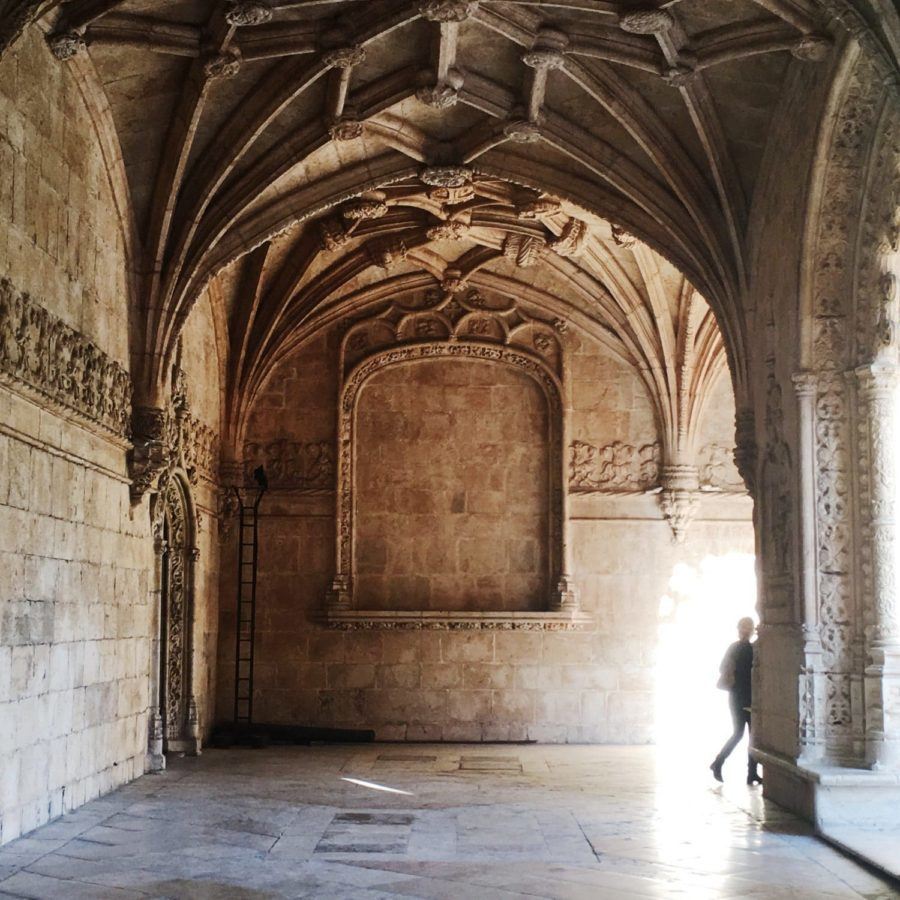 Next
Visiting the Jeronimos Monastery in Lisbon: A Practical Guide