Call yourself a thrill-seeker? Well, check this out. We’ve searched high and low for these high-octane interesting bucket list ideas to fire your imagination.

From ice walking to cliff-climbing – these are the adventures that you have been looking for. 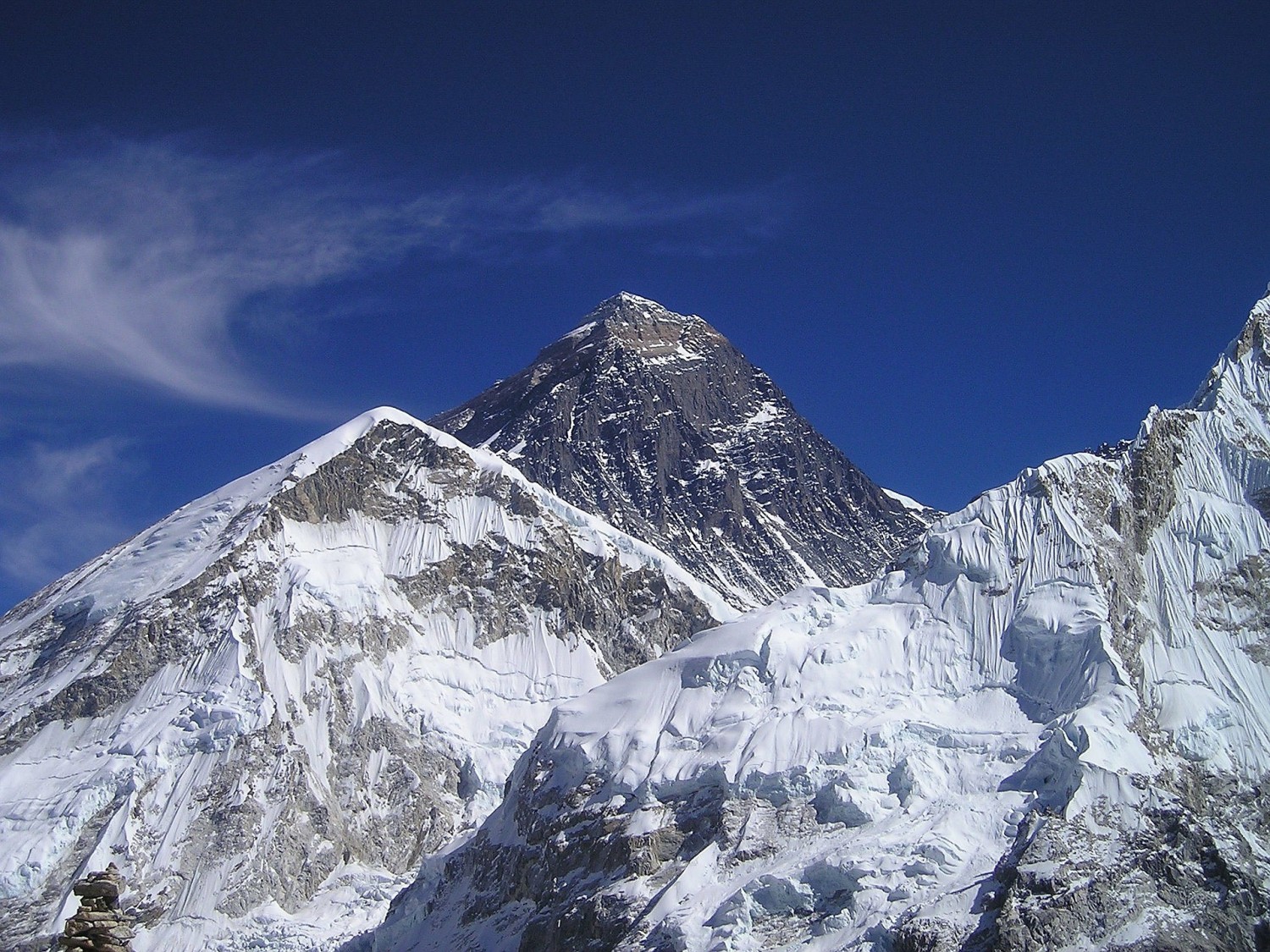 Voted the best and most scenic skydive in the world, if you like your thrills with views, you need to put skydiving over Mount Everest straight at the top of your bucket list. Dropping from a whopping 23,000 feet, this is also the highest commercial aerial dive in the world. You freefall for up to a minute over the Himalayas, then deploy your parachutes to float down amid the stunning scenery to the drop zone, (a mere) 3,700 metres above sea level. You don’t need previous experience – so if you want something exciting and unique to test the daredevil in you, then put this one’s for you.

2. Go White Water Rafting on the Rapids of the Zambezi River, Zimbabwe/Zambia 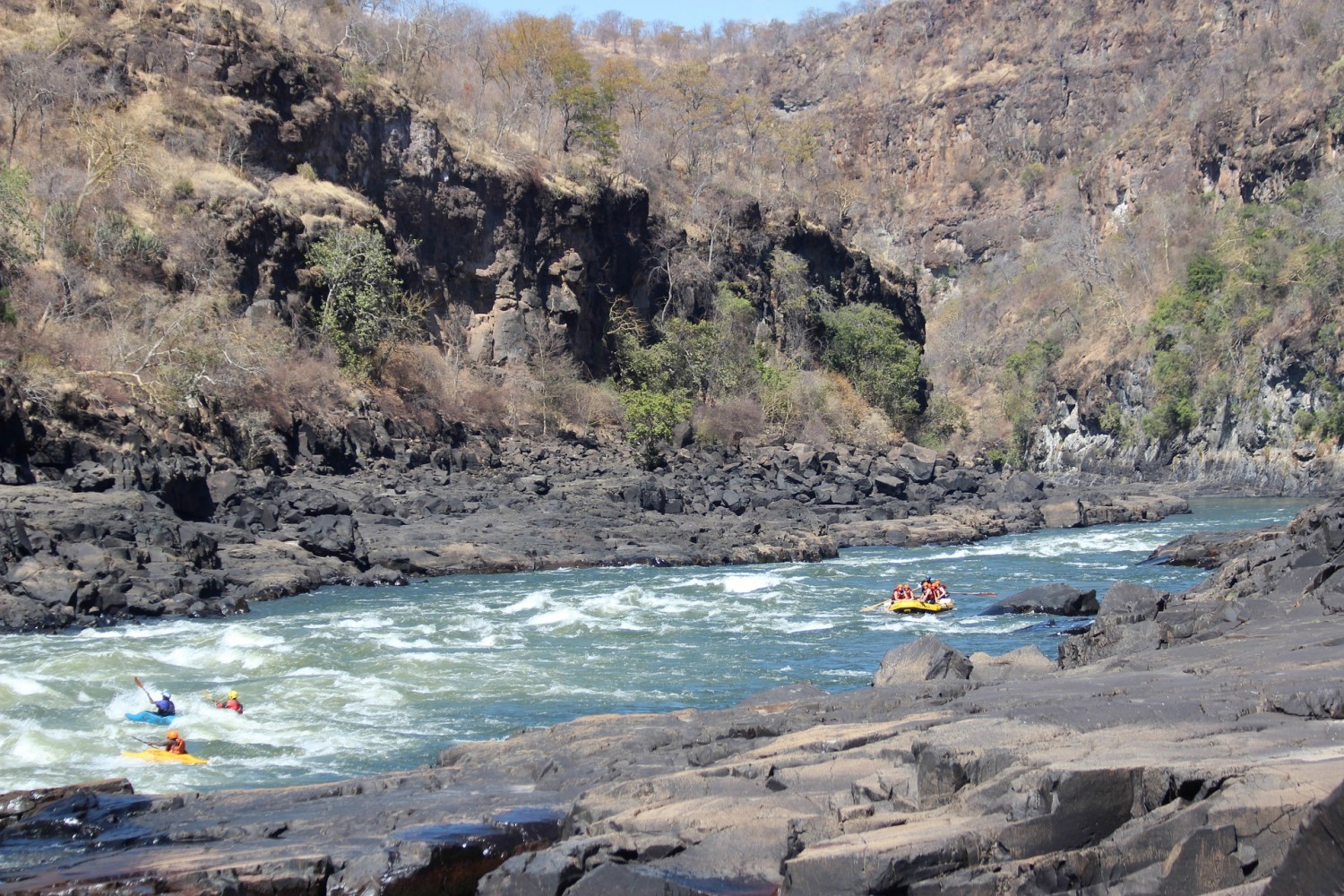 Try your hand at white water rafting on the rapids of the Zambezi River. The Zambezi is widely considered by experts to be the best rafting route in the world. After walking up a steep path out of the gorge, you begin your descent into the high volume river.

The rapids that are available to raft on vary from approximately 18-24km in length depending on the season and are classed as 3-5 level rapids (intermediate-expert).

Don’t worry – it’s not all go, the rapids are interspersed with tranquil pools. Named the ‘wildest one-day whitewater run in the world’, there is clearly a reason why adrenaline addicts have travelled from all over the world to have a go on these rapids.

Love these? Check out these epic bucket list destinations for the ultimate adventures.

3. Have a go at the Nevis Bungee Jump off of the Nevis Highwire Platform, the highest place to Bungee jump in New Zealand 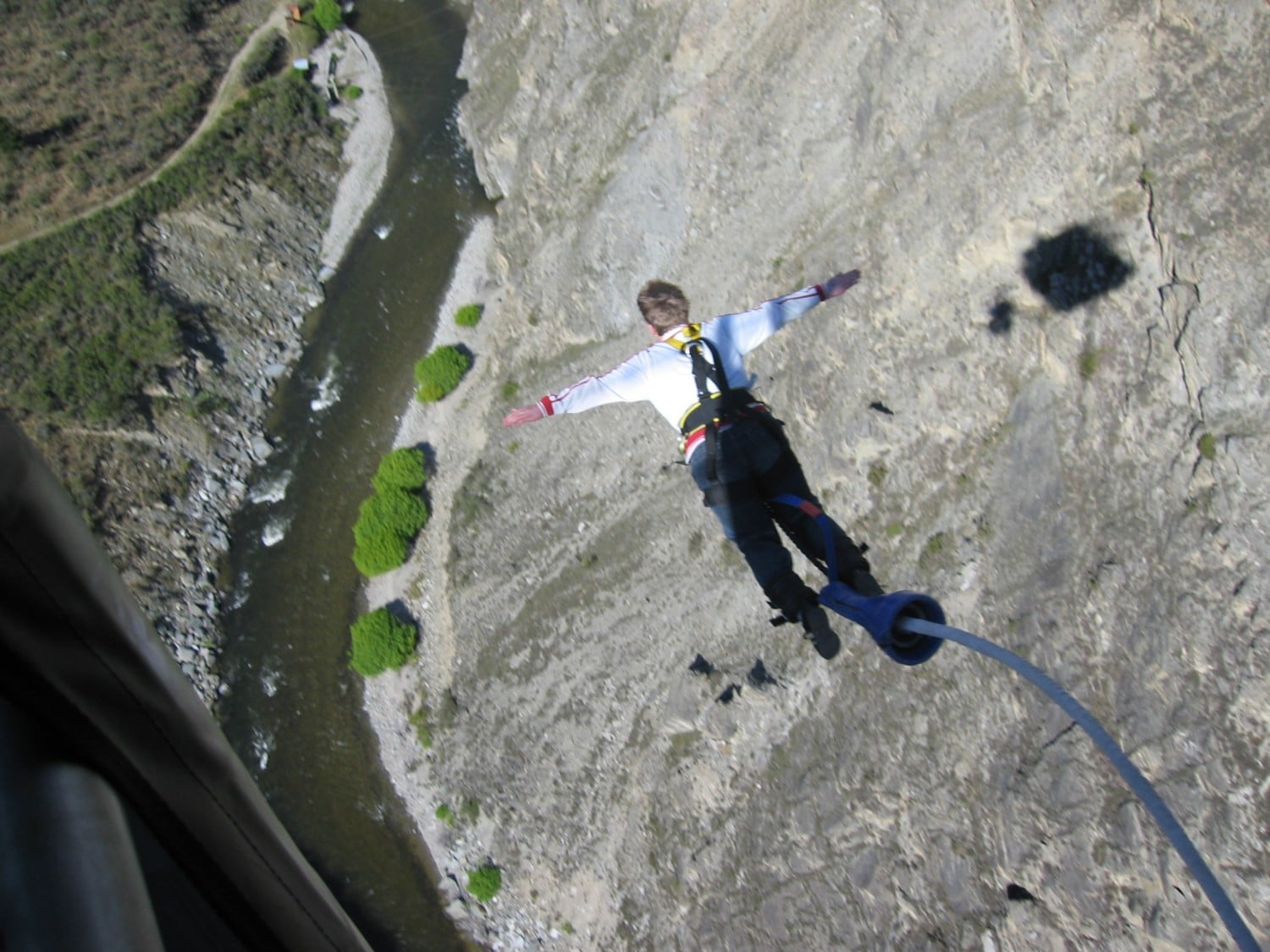 If you’re looking for a buzz, then we challenge you to try the highest bungee jump in New Zealand. The Nevis Bungee Jump is an impressive 134m in length.

Once you arrive above the raging rapids of the River Nevis and take the plunge, you’ll descend at speeds of up to 128kmph, taking 8.4 seconds for your drop. And with the scenic views of Queenstown surrounding, if you could only bungee jump once in your life, then it should be the Nevis Bungee Jump. 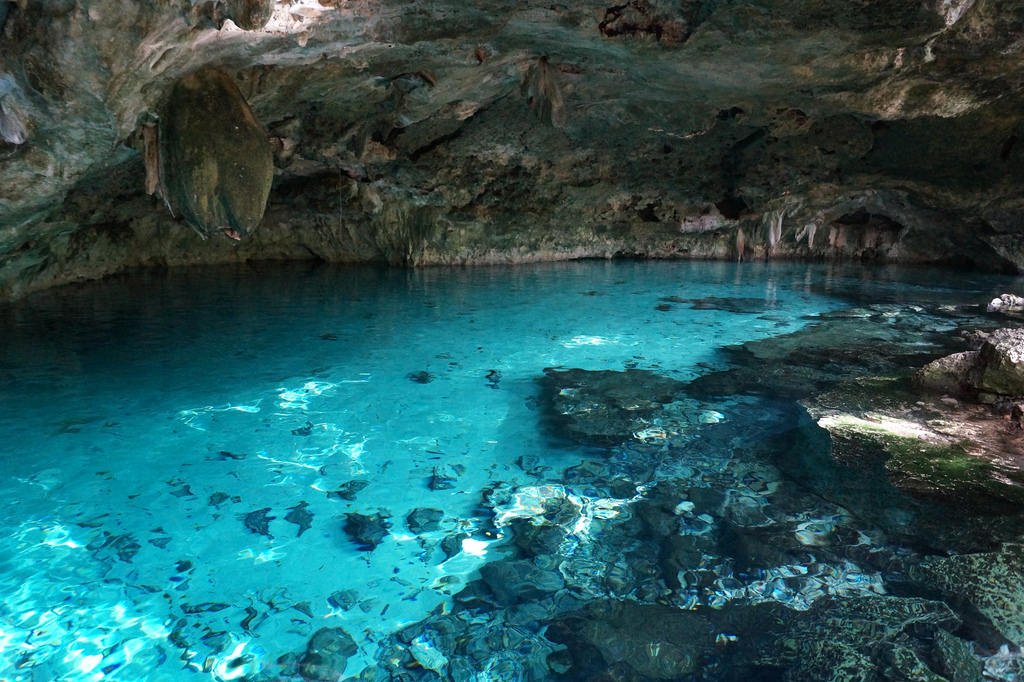 Divers who are looking for something a little more different and exciting should try diving in the Dos Ojos, Mexico’s largest cenote. A cenote is a natural pit or sink-hole, caused by the collapse of limestone bedrock. In Dos Ojos, the caves and underground rivers were created naturally over 6,500 years ago.

Dos Ojos is one of the top 10 longest underwater cave systems in the world and also the deepest known cave in Quintana Roo, with its highest depth at nearly 120m.

In between the dark underwater tunnels that lead you to the other caverns, light streams through the crystal clear fresh water, strong enough to see the fish and rock formations that lie beneath. Take a trip to Dos Ojos to get a wonderful glimpse of this underwater world.

5. Jump off of the South Point Cliffs, Hawaii 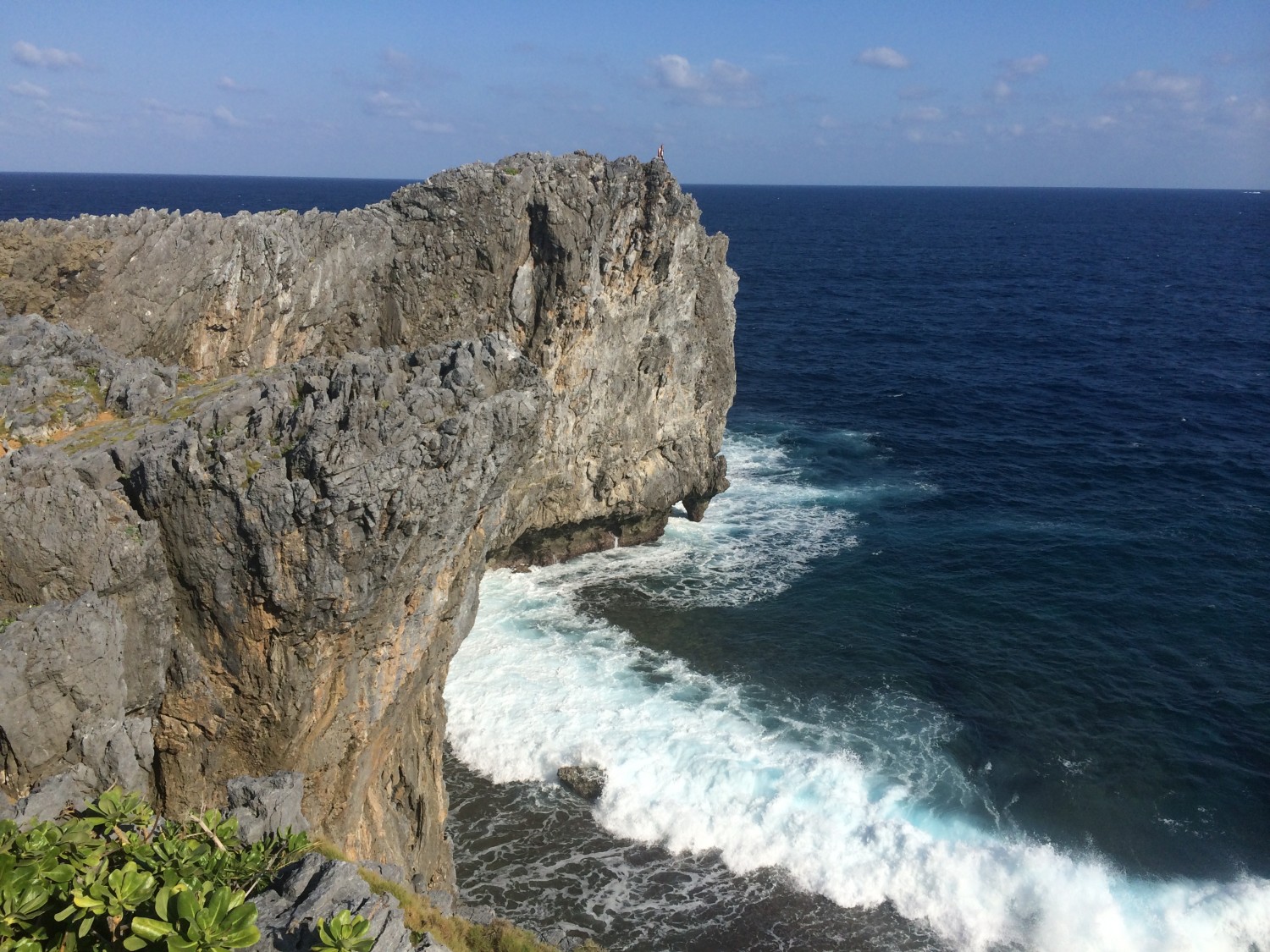 When it comes to interesting bucket list ideas, bungee jumping is right up there with the best of them. South Point is known for being the southernmost part of the United States, so what better to do there than jump off of the edge of the US?

The beautifully clear blue waters surrounded by some of the most picturesque coastline in Hawaii makes this place one of the best to cliff jump.

You can also try your hand at snorkelling – the area to the West of the Point is protected from the wind, and so it’s a great place to spot the sea life.

6. Have a go at the longest zip line in the world: The Monster in Puerto Rico 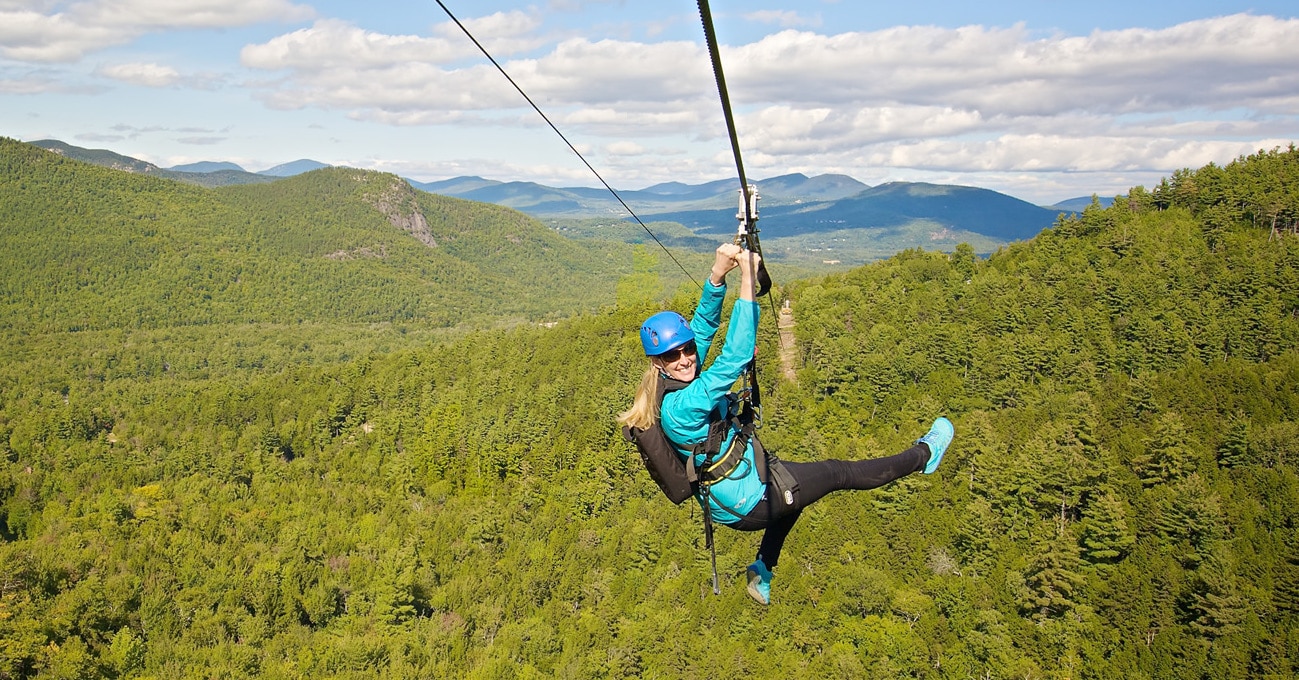 The monster zip-line in Puerto Rico is perfect for those of you who love an adrenaline rush and might just be our favourite interesting bucket list idea of all. The line itself is 2.5km long (equivalent to 28 football fields) and happens to be the longest in the world.

After stepping on to the suspension bridge you soar through the air at over 380m high with the Puerto Rican rainforest beneath you. If that wasn’t good enough, you can pick up speeds of up to 95mph on your descent, which also makes it one of the fastest as well as the longest zip line in the world. And with panoramic views of mountains, trees and rivers, this is surely an experience not to miss.

In the Waitomo Caves in New Zealand, visitors are given the chance to abseil, weave, jump, climb, float and of course go black water tubing through an array of underground streams and river rapids. And what makes the Waitomo Caves special are the subterranean waterfalls, amazing limestone formations and the beautiful glow-worms on the walls of the cave.

Take a trip to this amazing glow-worm-studded subterranean wonderland. 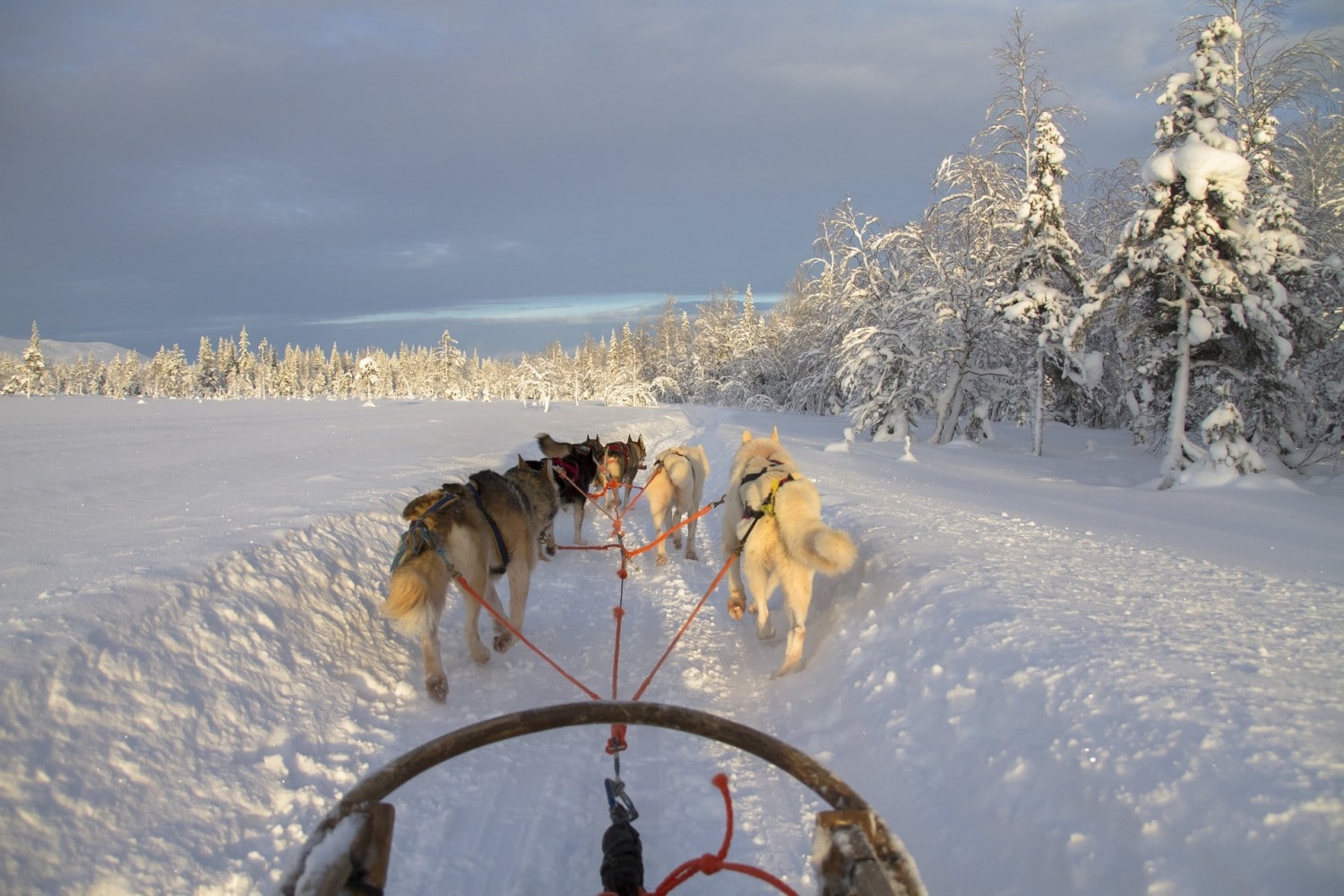 While this entry may not be the most adrenaline-rushing on our Bucket List, dogsledding in Lapland is an extraordinary experience.

Pulled along by 3-4 Alaskan or Siberian huskies, you are taken through through a magical winter landscape of snow-clad forests and frozen lakes. There is even a good chance of seeing the spectacular Northern Lights on your adventure!

Feel the crisp wind on your face, listen to paws in the snow and hold on tight – your winter adventure awaits.

9. Take the Most Dangerous Hike in the World: the Mount Hua Shan Plank Walk in China

The trails up at Mount Hua Shan involve steep staircases, vertical ascents, and a death-defying cliff-side mountain climb that make it the world’s most dangerous hike.

A network of dangerous and precipitous trails allows visitors to access the mountain’s 5 summits, including a plank trail consisting of wooden platforms bolted onto the mountainside. While this is not for the faint-hearted, the brave amongst you should put this on your bucket list. The views are unparalleled, especially from the mountain’s highest southern peak at 2,160m. 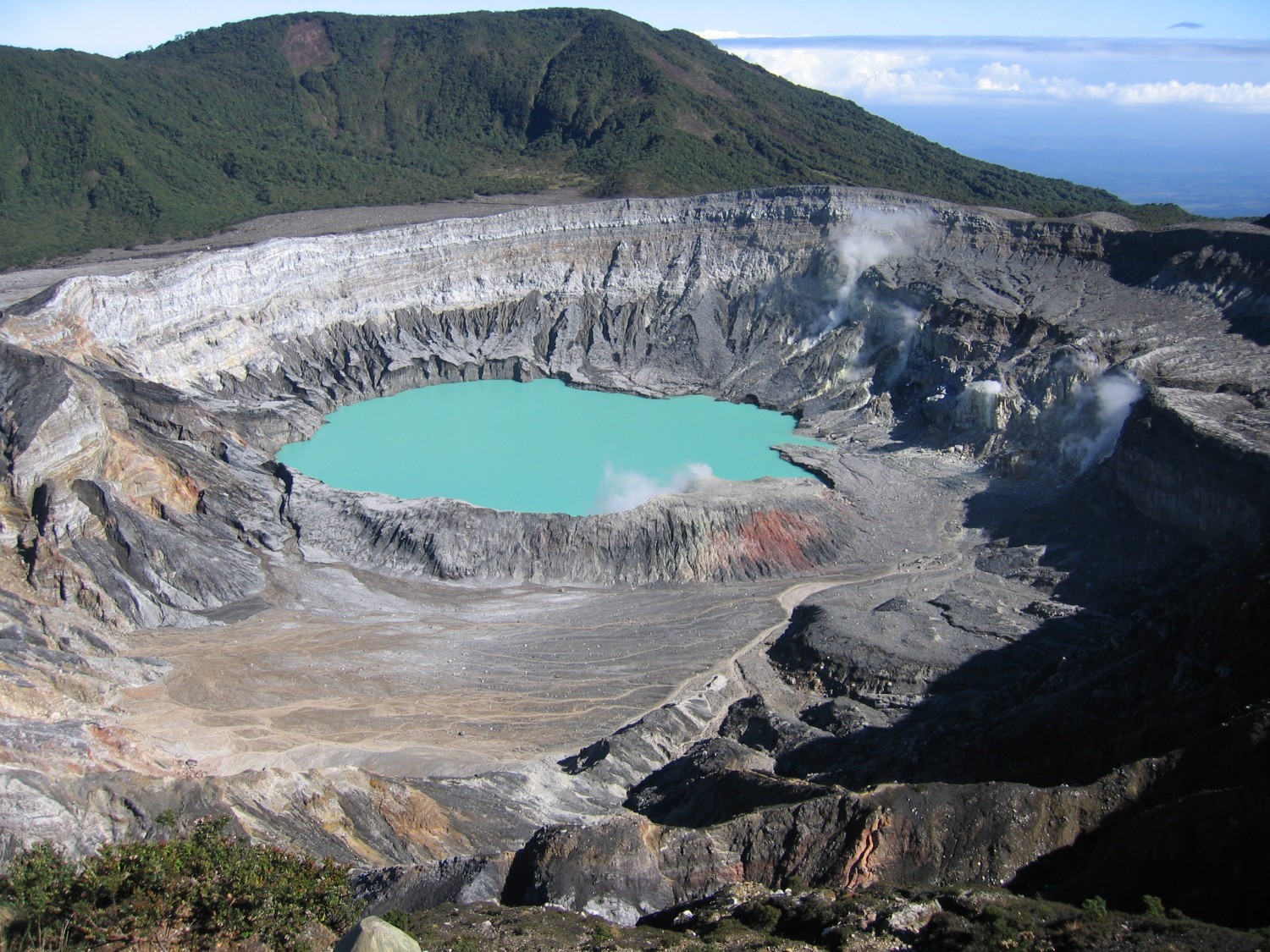 The Poás Volcano is located in the Central Valley region in Costa Rica. With 3 short trails ranging from 0.3-0.9 miles long, you’ll be stunned by the world’s largest active volcano crater at almost a mile across and 320m deep.

When the clouds and mist parts, you can see the sulphuric, bubbling, green rain-fed lake at the bottom, surrounded by rising smoke and steam.

With the beauty of this stunning crater accompanied by a scenic route which lets you see an abundance of Costa Rican birds and wildlife, a hike to the Poás Volcano should be on your Bucket List. 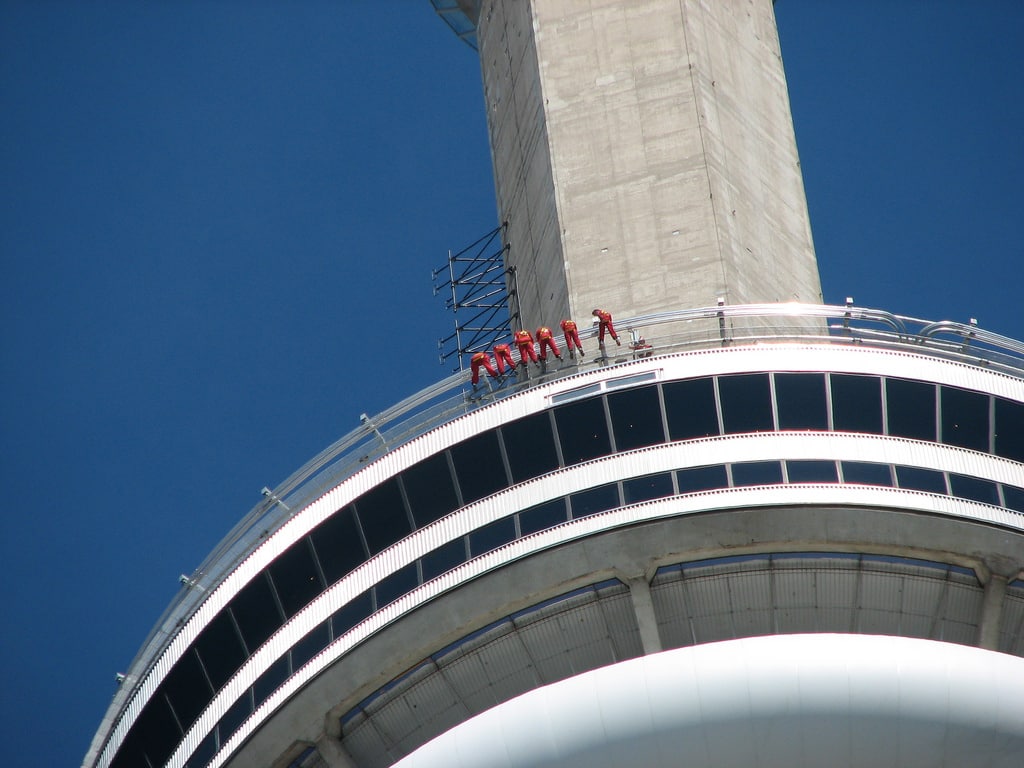 The most exciting thing about the CN Tower used to be the half a kilometre ride up in the elevator to the top – however, now adventurers can dangle from the outside of the circumference of the roof of the tower’s restaurant, 356m and 116 storeys up.

If this isn’t enough, you get an unparalleled view of Toronto. Do you dare to test your limits and experience the thrill of a lifetime? 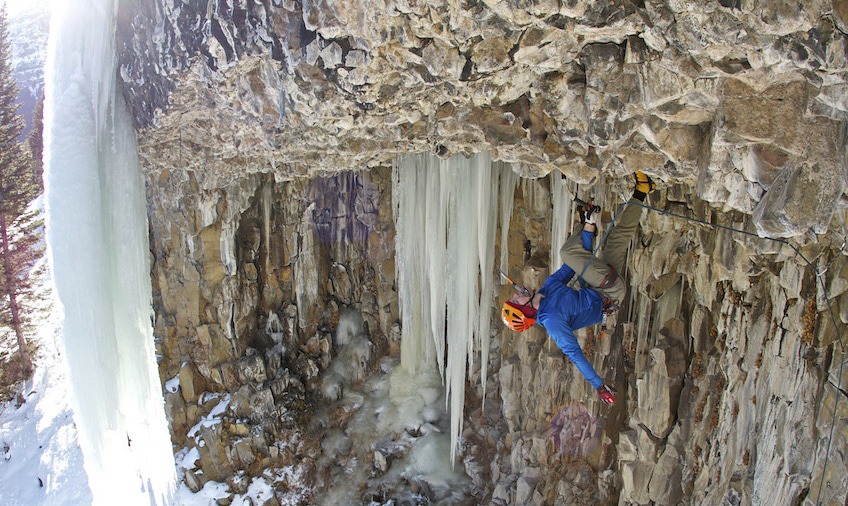 With over 150 ice routes in less than 3 square miles, Hyalite Canyon is the most concentrated, natural ice climbing venue in North America.

Hyalite has something for everyone: you can spend all day on top-rope, ski for miles or ice climb multiple routes all the way to the ridge-line. There is constantly something new to discover.

Each area holds a variety of climbs and experiences, with the Canyon also home to the Winter Dance route, one of the best in the world, made famous by mountaineer, Alex Lowe. 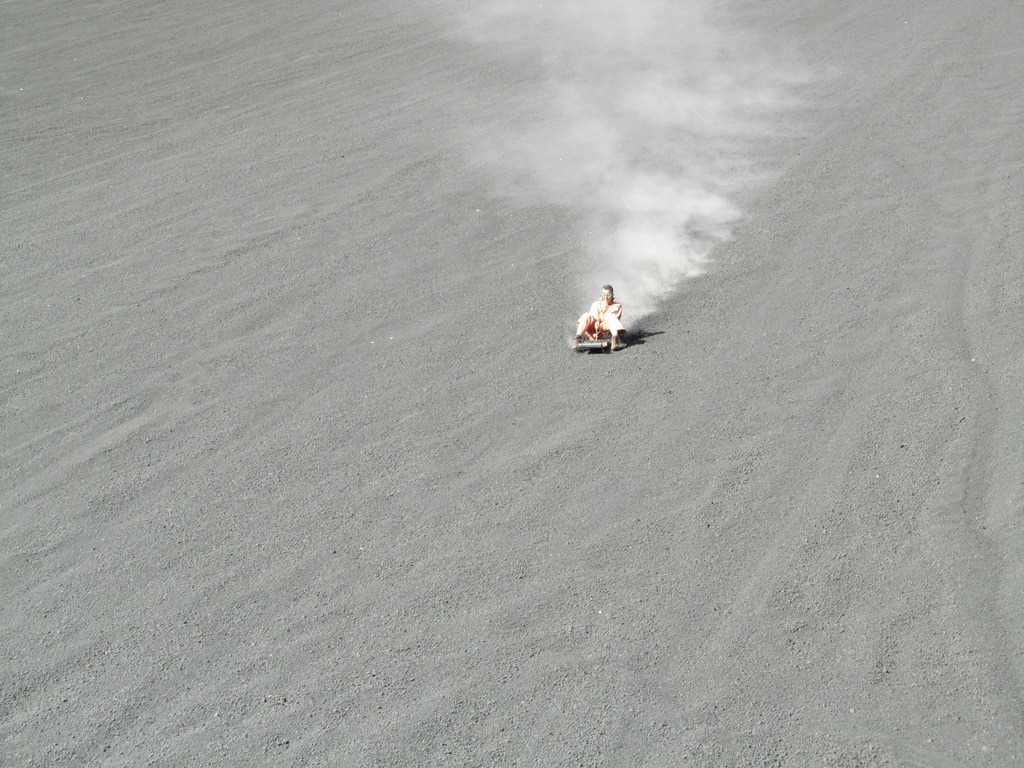 After hiking up the Cerro Negro Volcano for about an hour with your board on your back, you can take in the smouldering craters and amazing views of the countryside from 728m up.

But this is all before the real fun starts – take a deep breath, hit the ash fields and descend on your board, sliding or surfing down in less than 3 minutes! Incredible.

14. Descend into the Thrihnukagigur Volcano, Iceland 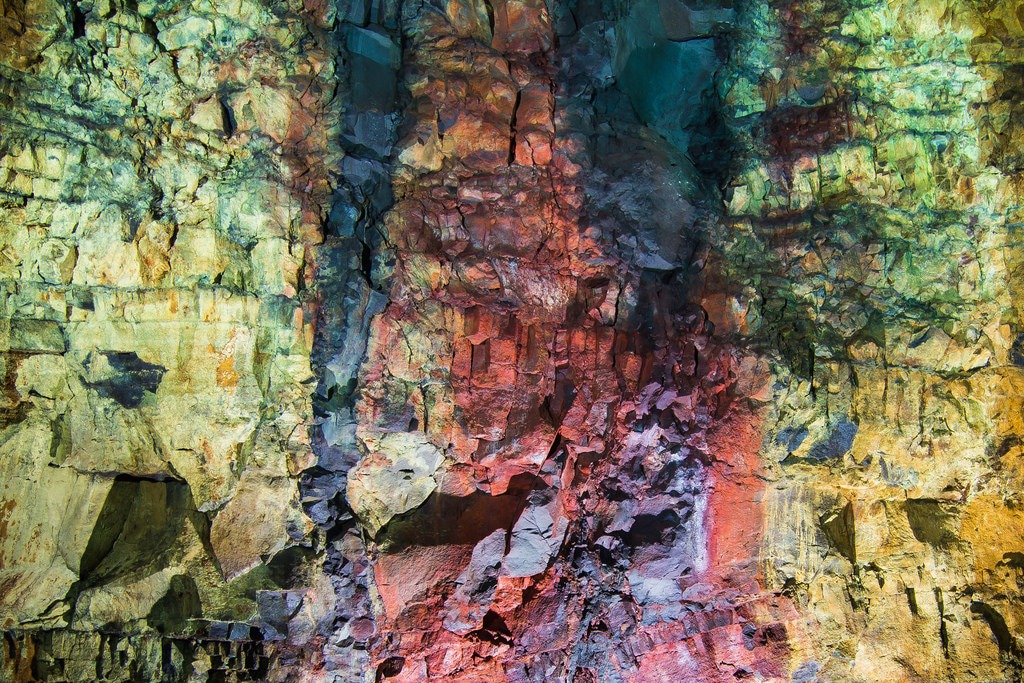 Thrihnukagigur Volcano is a dormant volcano located in the Blue Mountains in Iceland, and one of the only places in the world where you can actually go inside a Magma Chamber.

Once you have descended 214m to the bottom of the chamber, take some time to appreciate its beauty. Its walls and formations display reds, oranges, blues and purples so vibrant that they do not seem natural. 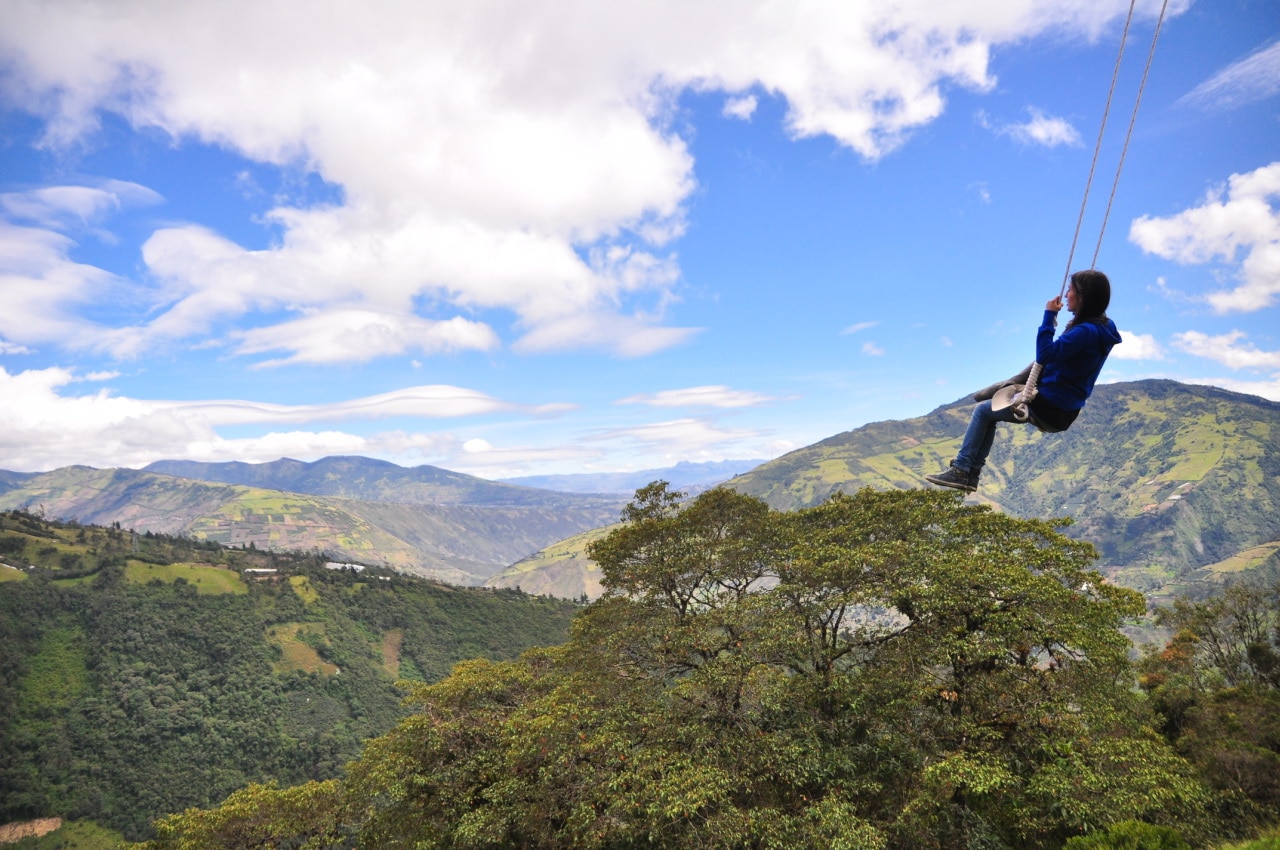 How about the swing at the ‘End of the World’, in the Casa Del Arbol tree in Ecuador? It is a long swing at the height of a steep drop-off that gives riders both a beautiful and terrifying view of the Mount Tungurahua Volcano as it swings them out into the air over the canyon 792m above sea level.

With only a seatbelt to hold you in, this one of a kind experience gives you the ultimate feeling of adrenaline, freedom and an appreciation of nature as you swing. We’re sold.

Still looking for more interesting bucket list ideas? Check out our collection of cool, quirky and outright bizarre bucket lists to fuel your next adventure. 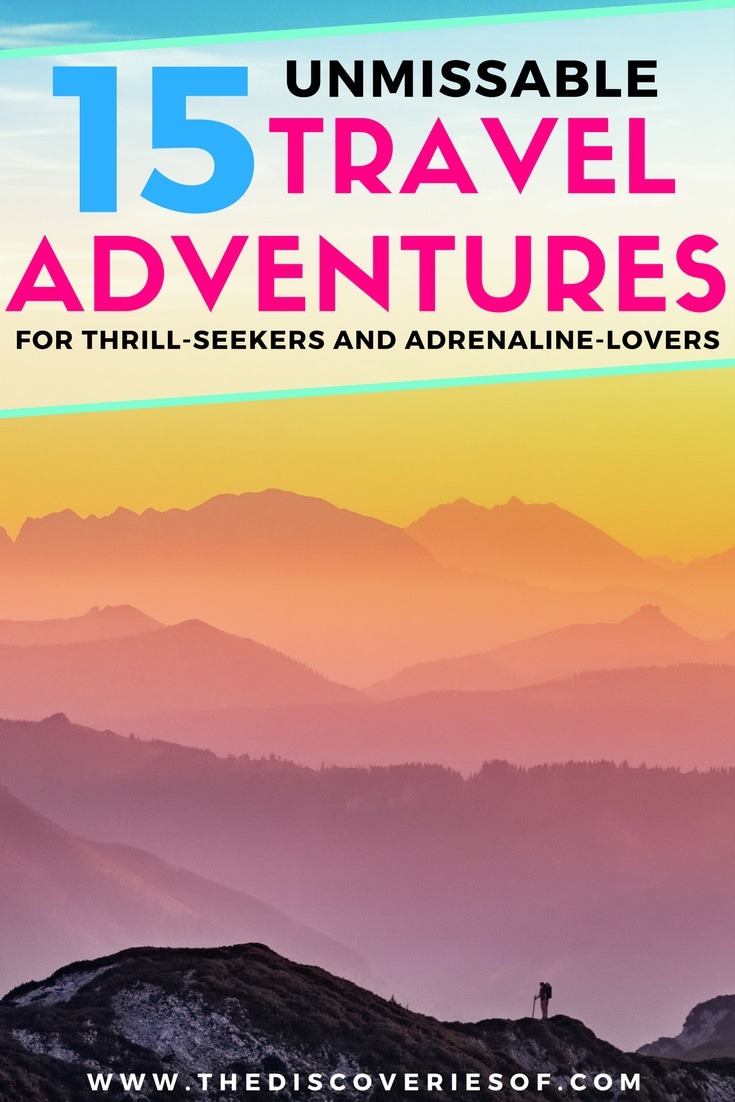 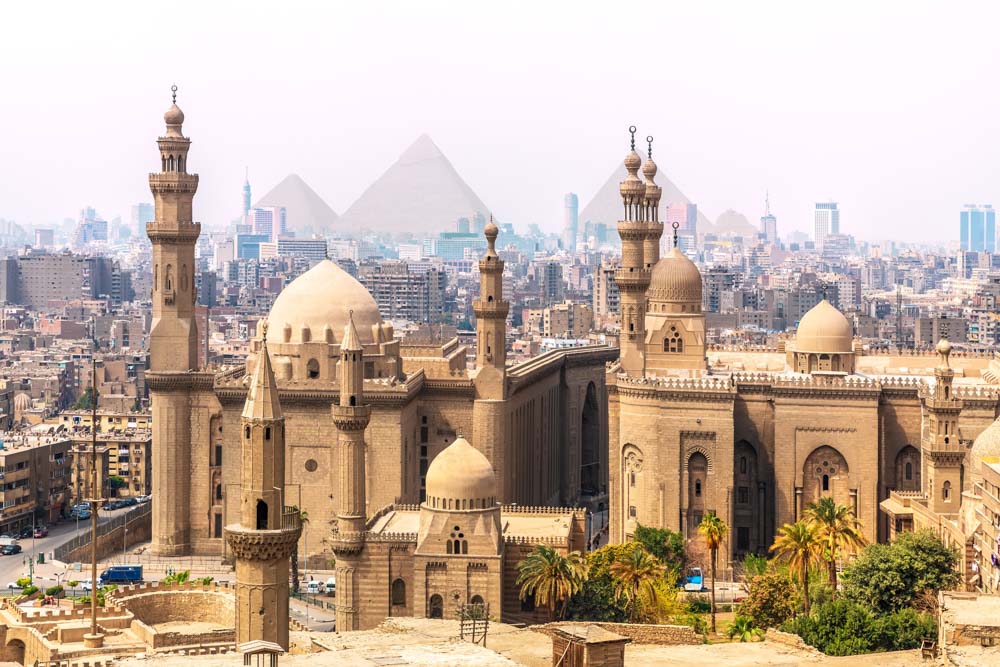 It kind of sucks not to be able to travel at the moment doesn’t it? While we might not be … 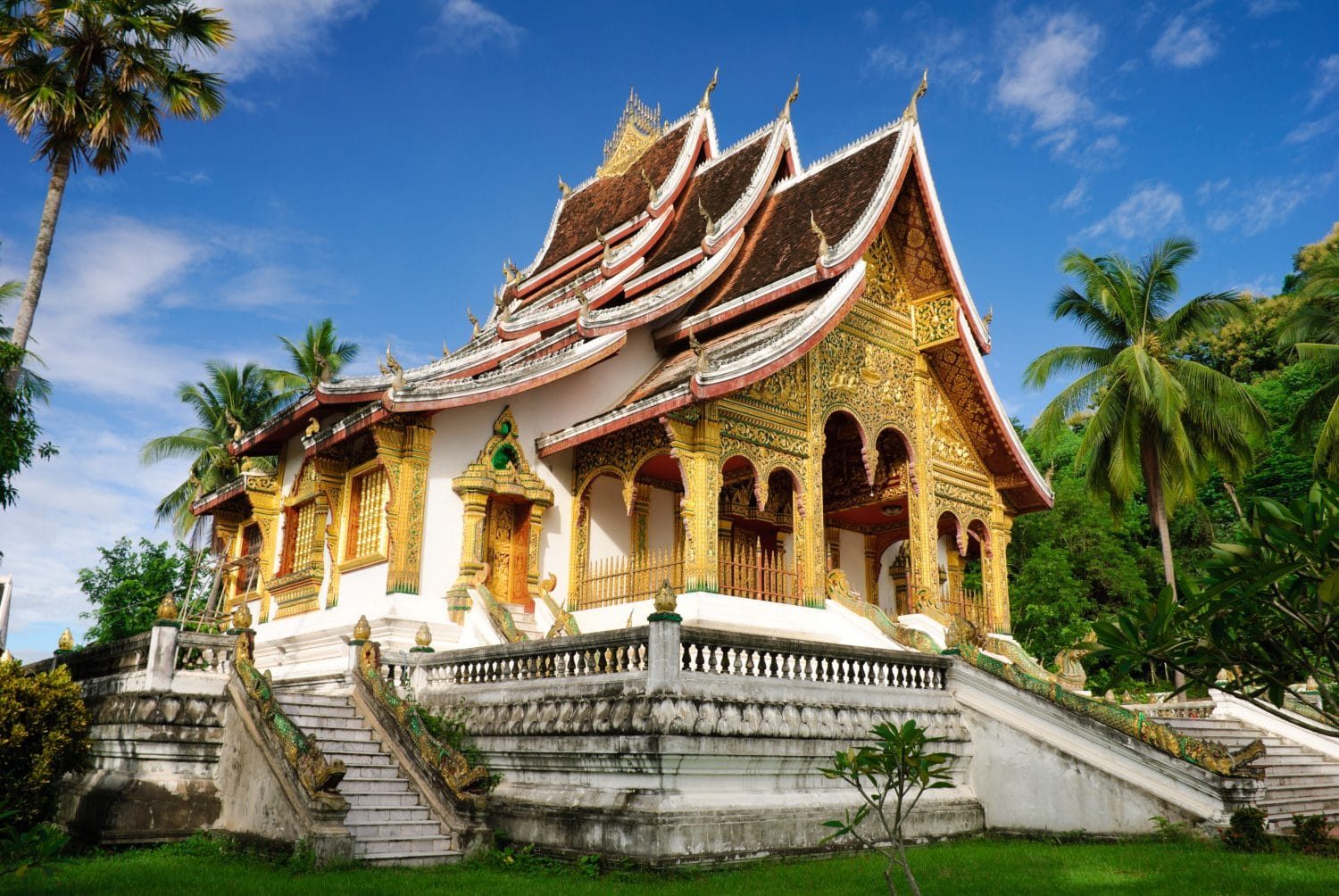 The Cheapest Travel Destinations for Your Luxury Trip Read More » 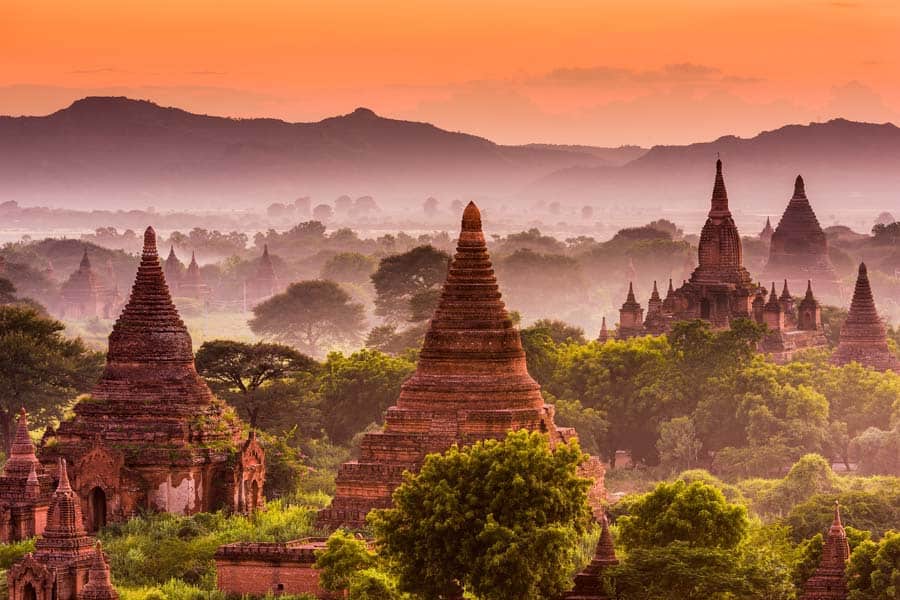 The world is full of wonder and if you’re anything like me, you want to go out and explore! Check …

The Ultimate Travel Bucket List: 100 Things To Do Before You Die Read More » 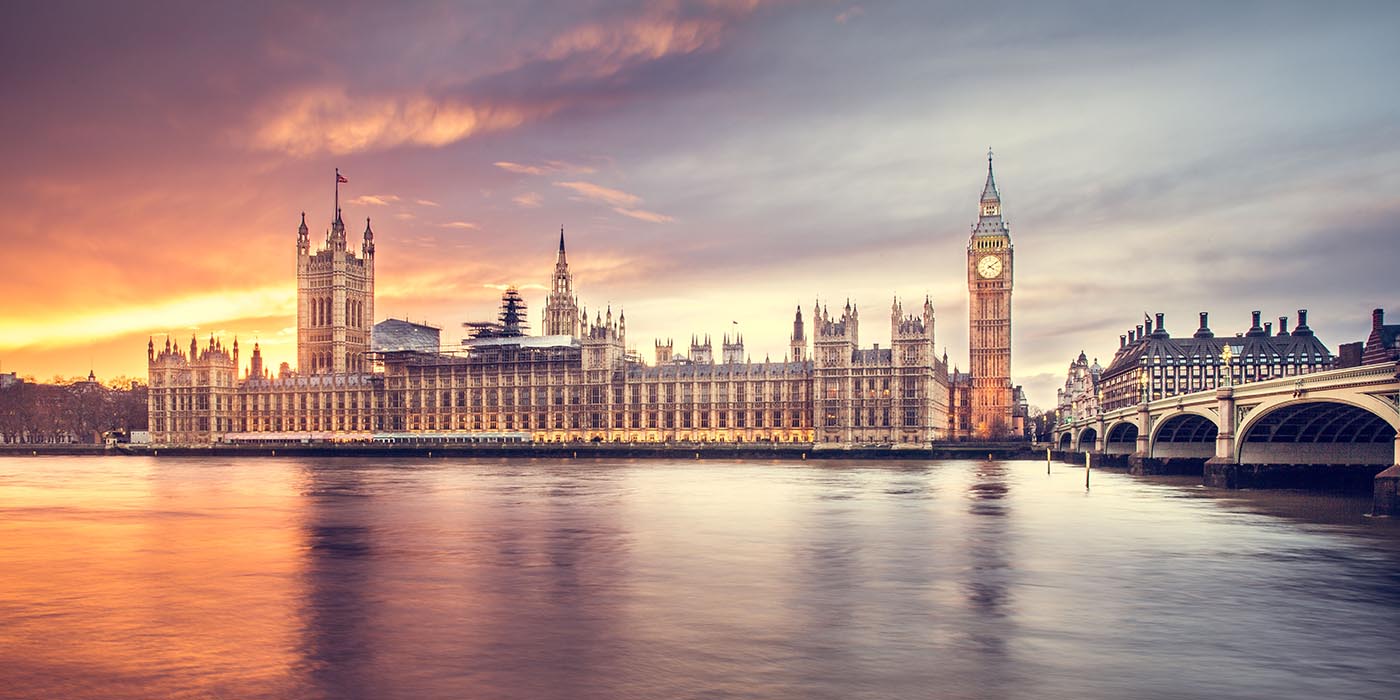 Planning a trip to Europe? We’ve compiled the ultimate Europe bucket list. Your go-to guide to the top 100 things … 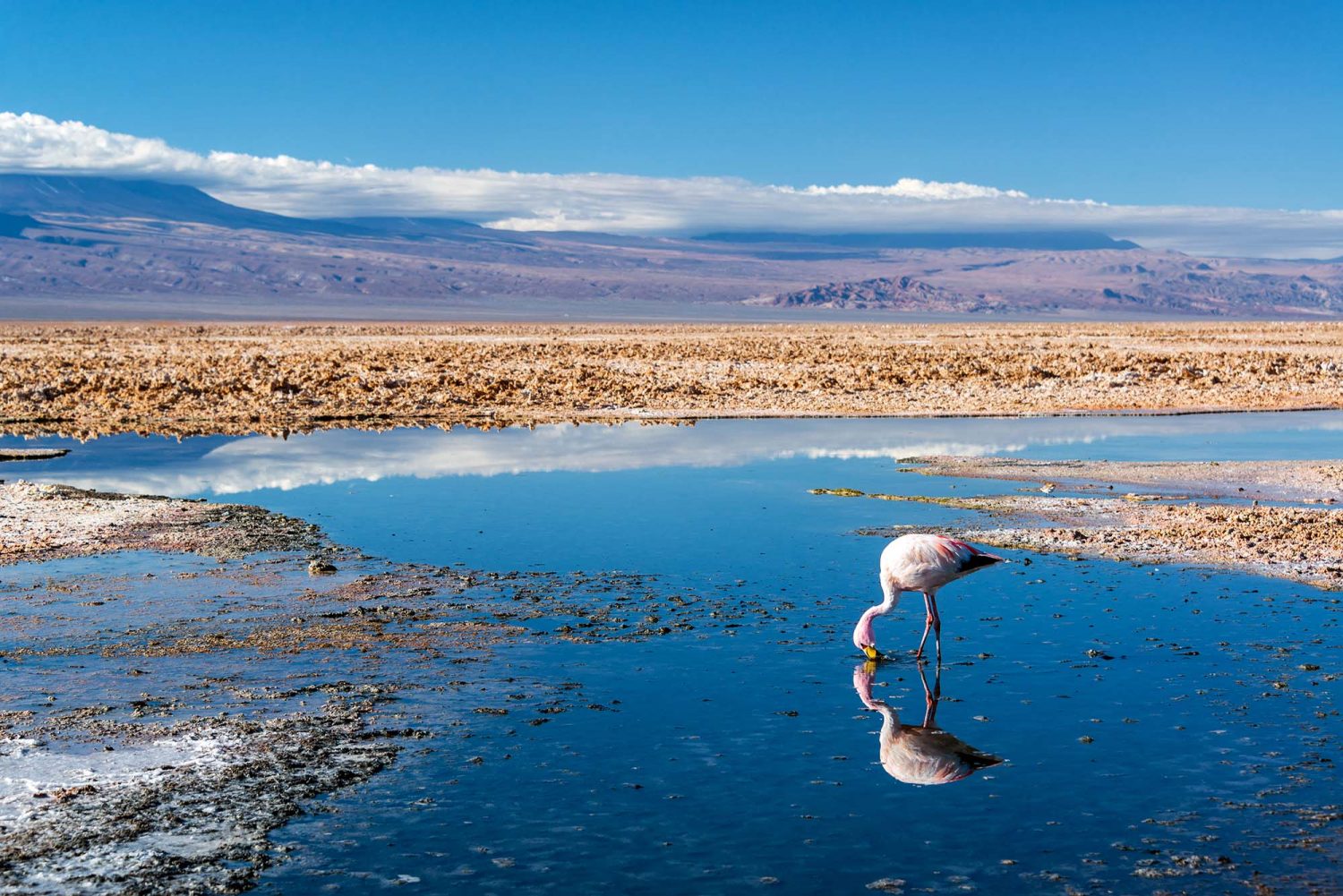 The new year is coming and with it a whole host of new travel opportunities. 15 travel bloggers predict the … 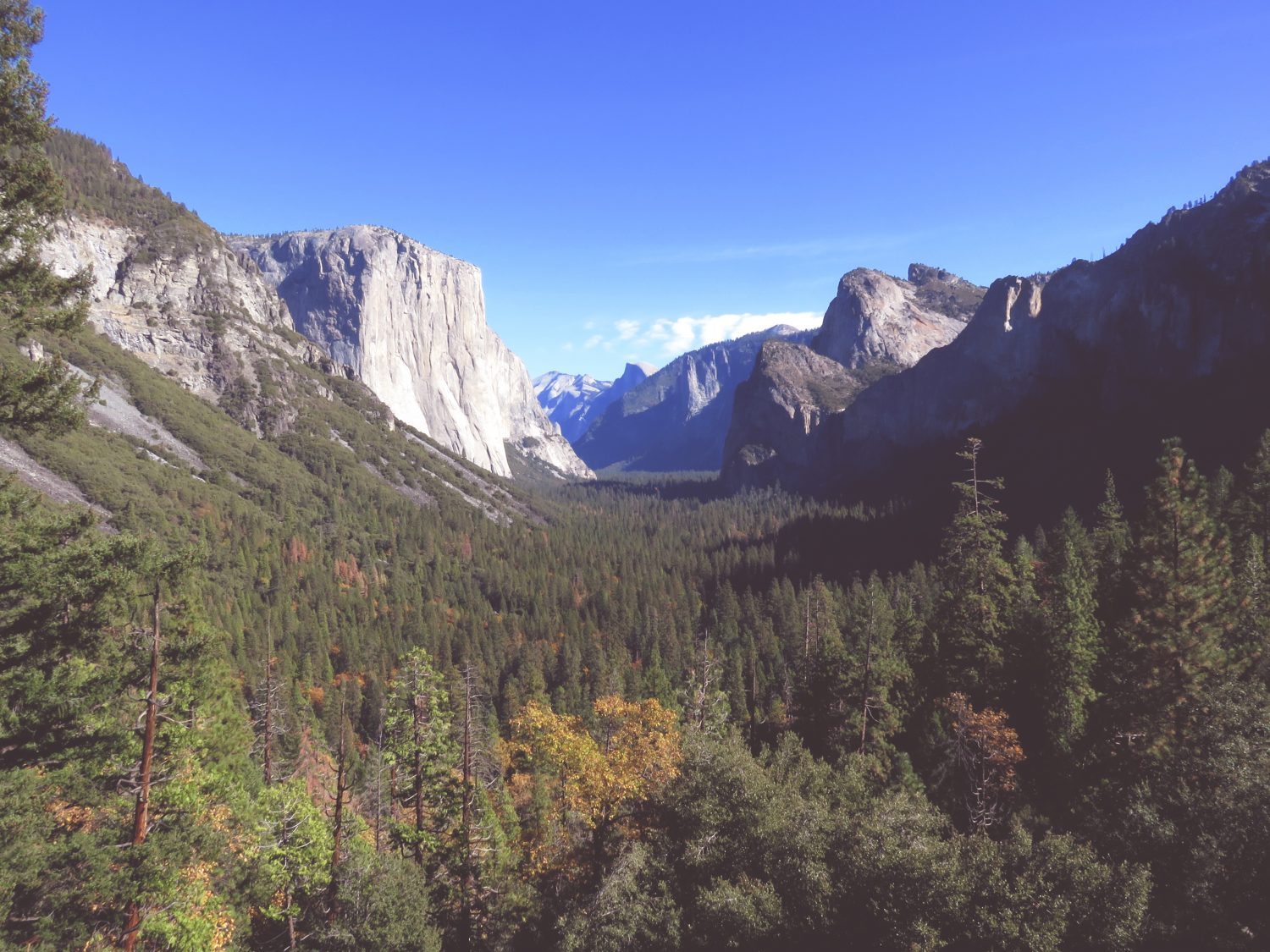 Sweeping slopes, speckled fauna and long, winding rivers – there are some pretty spectacular valleys dotted around the globe. From …

The 10 Most Beautiful Valleys in the World Read More » 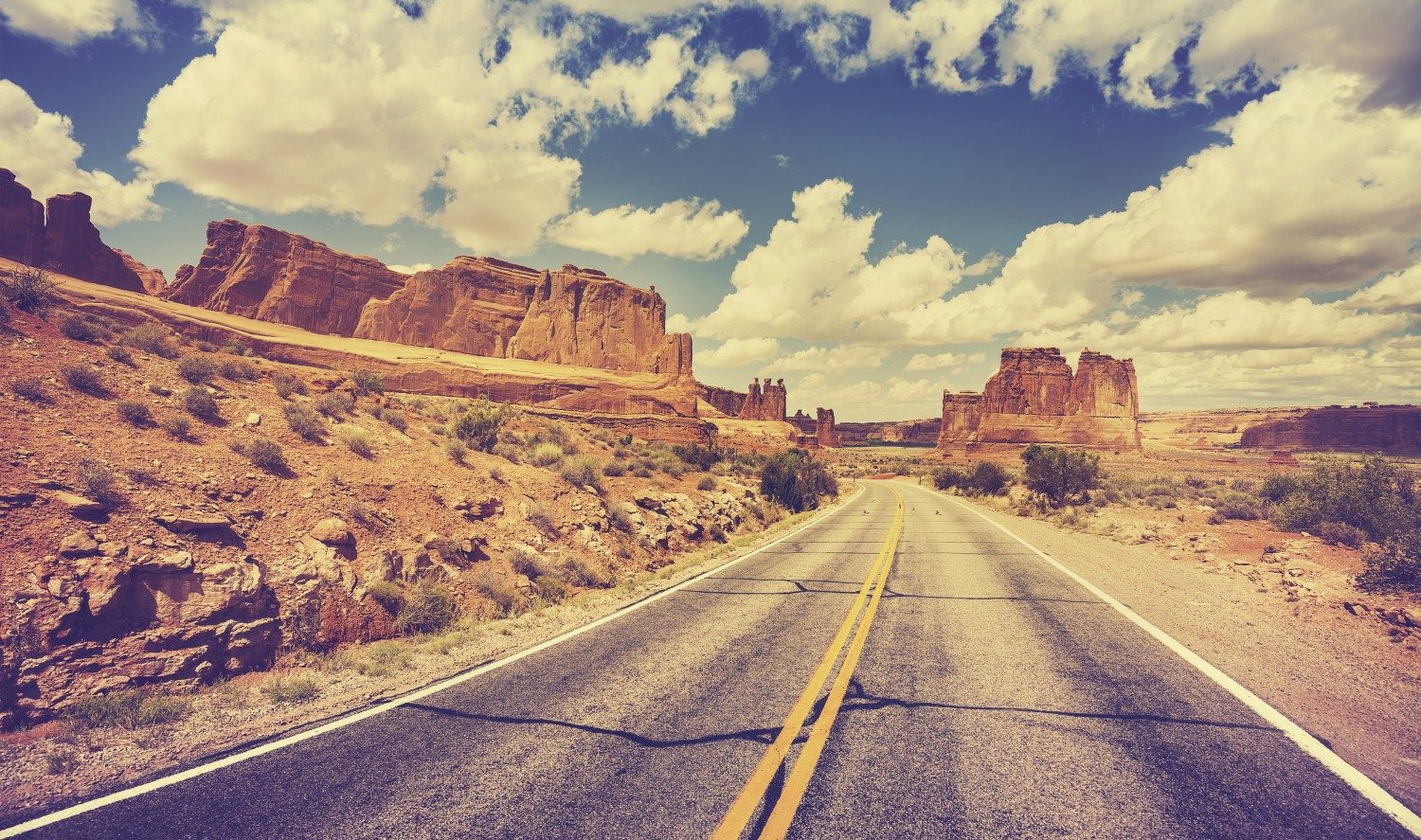 Summertime is well and truly here. It’s time to hit the road and explore a new location. Ten travel experts … 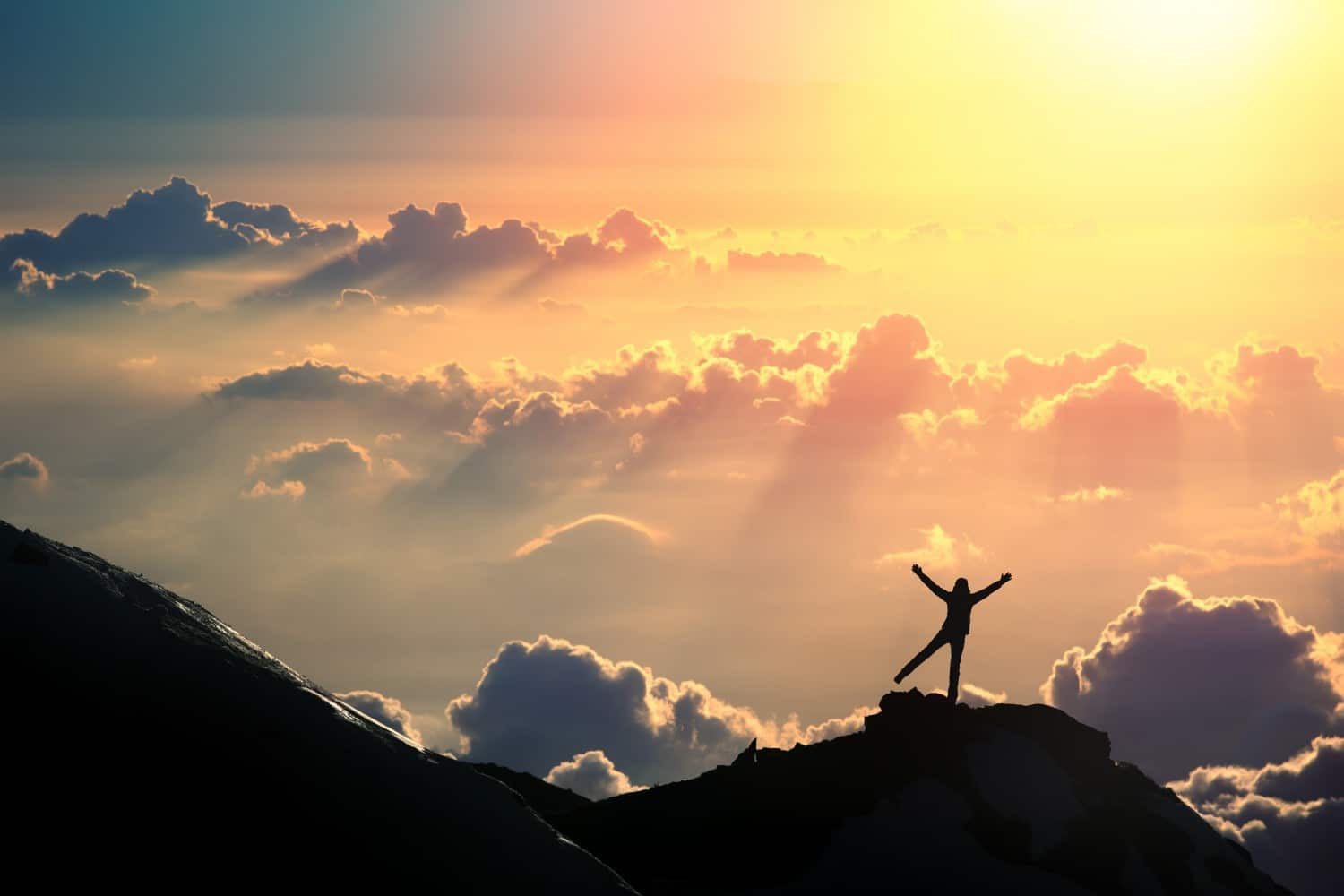 Book your tickets, hop on a plane and hold on tight, here are the 15 most amazing travel adventures from … 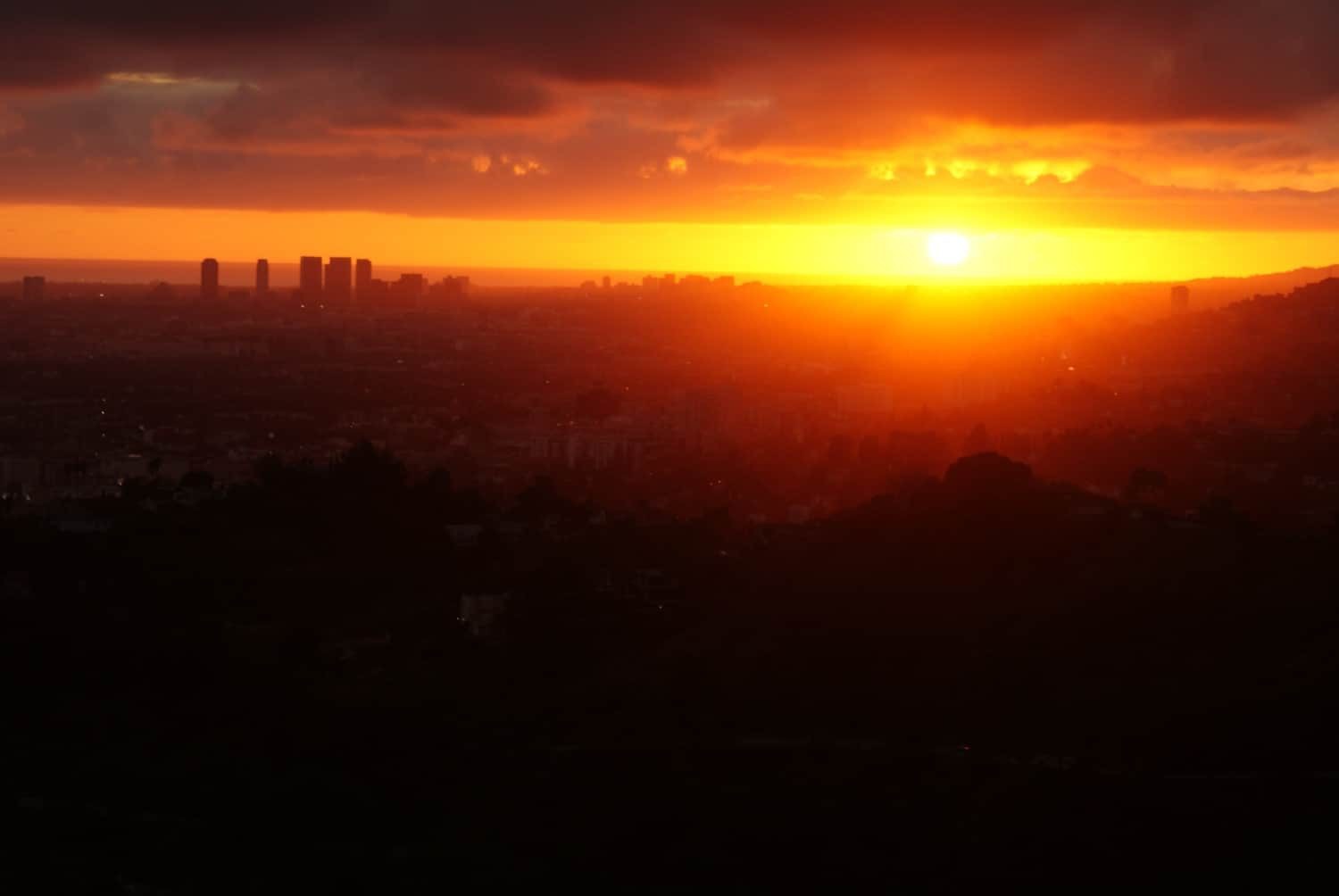 There’s nothing like a sunset to bring out the sheer beauty of a place. No-one forgets the moments the sky …