Hotel or Hostel? Ten Things Hotels Could Learn From Hostels 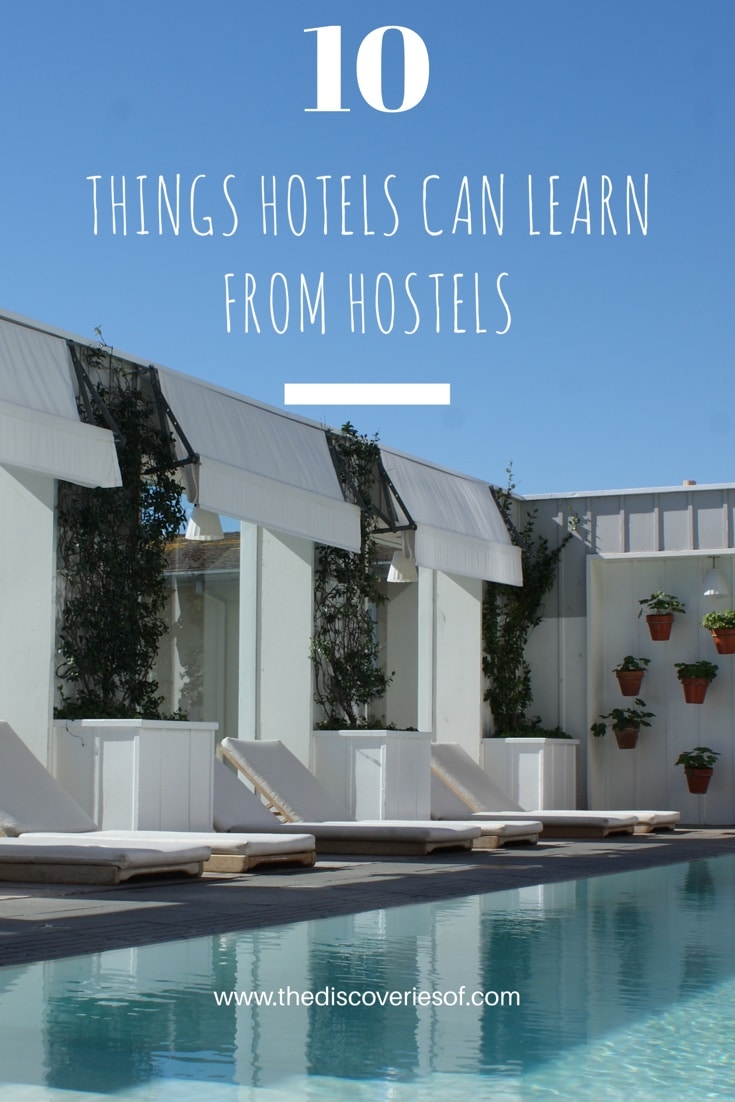 Over the years, I’ve stayed in some fabulous hotels. Not just OK hotels, or mid-range hotels, I’m talking about jaw-droppingly fabulous hotels. Private pools, personal butlers,  outdoor rain showers, private saunas and jacuzzis. Even a piano in my private villa’s living room that I had no idea how to play but spent most of the evening entertaining myself on anyway… You get the picture.

I’ve also stayed in more hostels than I can count. Some amazing, others less so. It goes without saying that in order for a hostel to operate successfully, it has to be able to operate on some pretty tight margins. During the past six weeks in South America, when I have been staying in hostels they have typically been priced between £10-20 for a dorm bed and £20-35 for a private room. Most of these hostels are not so large that they can justify their prices by the fact that they are making 1000x the profit on each bed that it adds up but, at the same time they often offer spectacular value. Free wifi, free breakfast, comfortable social areas – these are by no means unusual in a hotel but they are almost unheard of not to be present in a hostel.

When making the decision whether to stay in a hotel or hostel, it’s often struck me that there are some lessons to be learned.  Hotels, even some of the large five star one could learn a few things from hostels. There were times when I paid more for the internet in my hotel then my friends had paid for their room for the same day. Is that right? Clearly there’s an argument that guests staying in high-end hotels can afford to pay £20 per day for internet access. But does that justify the hotel actually charging it?

So here’s my list of 10 things that hotels can learn from hostels. Any thoughts?

What do you think? Hotel or hostel? Or neither?

13 thoughts on “Hotel or Hostel? Ten Things Hotels Could Learn From Hostels”