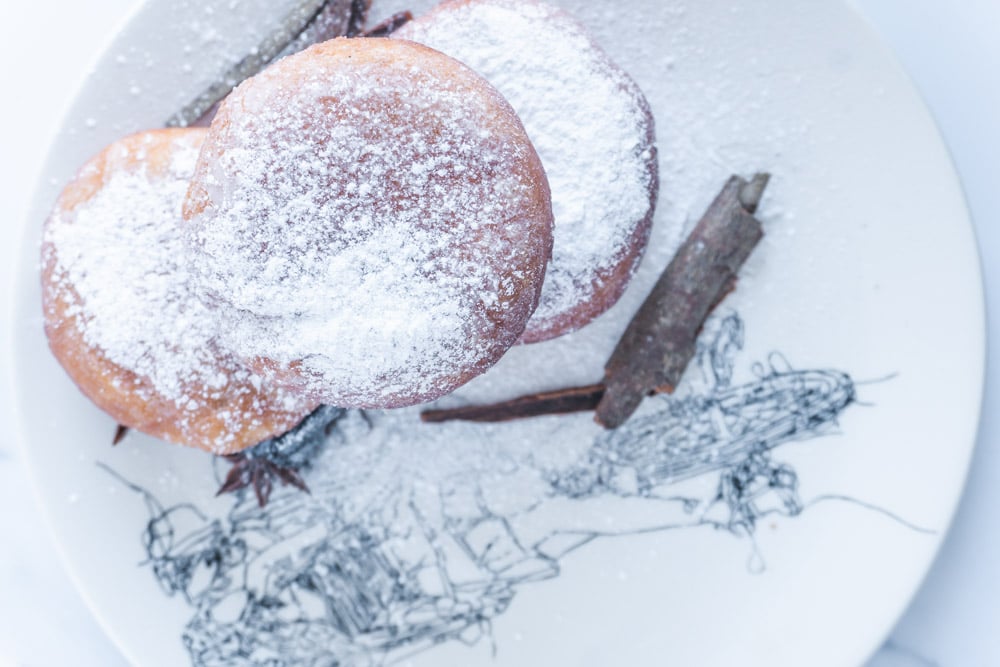 Do you ever have one of those moments where you realise you are smashing it at this crazy rollercoaster called life?

It can be hard to give yourself credit when it’s due, and I’m no exception to this rule but, you know what?

The moment I took a bite into these doughnuts, I gave myself a firm pat on the back. Not for real, obvs, that would be weird, but I took a moment out to recognise myself as the doughnut queen I was always born to be.

I chewed, I got my fingers dirty, I ate with such abandon that I ended up with jam on my face like I was 3, rather than a *cough* thirty-something year old woman who’s mother certainly wasn’t running after her to rub spit on her face with a napkin to make her look more presentable.

These are good-old fashioned yeast doughnuts, the kind of jam doughnuts you used to be able to buy in bakeries before the British high street died a drawn-out and painful to watch death.

They are a million times better than that shit you buy at Krispy Kreme (note: never trust anyone who uses a K instead of the correct letter – generally they’re insane fantasists who like to think they’re kwirky and kool… i.e. horrifyingly embarrassing).

I won’t even do them the disservice of comparing them to the little piles of sadness you buy by the bag in the supermarket. There is no comparison.

Enough with the bigging up already, this is starting to get awkward and I’m sure you just wanna make the damned doughnuts already. OK, OK. Let me show you the way.

The list of ingredients for doughnuts, even pimped up ones like these is deceptively simple. Don’t get me wrong, these doughnuts aren’t difficult to make but they do require one special ingredient… time.

You need to dedicate a reasonable amount of time to these doughnuts (albeit much of it hands-off) to get the desired light and fluffy doughnut.

After that, there’s a matter of not one but two proving (rising)  stages – the first with the whole ball of dough, the second, after you’ve split the doughnuts into their individual little doughballs.

Have a Food Thermometer to Hand

Normally I dismiss this concept of needing to have tonnes of special gizmos and equipments in order to create something delicious. After all, my grandma was a brilliant cook and her kitchen was basic AF. That said, your life will be one hell of a lot easier for this recipe if you have a food thermometer.

You’ll use the thermometer to check that the oil for the doughnuts (which should be 180℃) and the boiling jam (this should come to 105℃) are at the right temperatures for them to work their magic.

Make your own batch of these delicious spiced blackcurrant jam doughnuts. This step-by-step recipe will have you feasting on fresh, fluffy doughnuts in no time.

For the blackcurrant jam 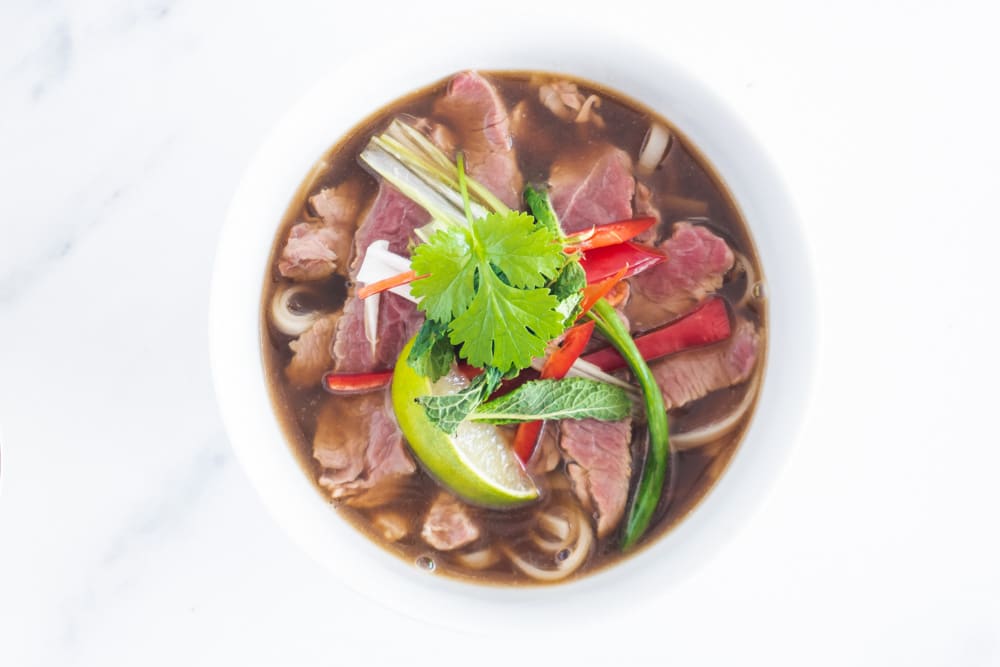 Next
Quick and Easy Mango Margaritas