Larger than life in so many senses of the word, London is an incredible place to visit.

There’s a reason that London is one of the most visited cities in the world.  From spectacular museums and iconic landmarks to hidden gems that continue to reveal themselves long after you think you’ve gotten to know the city really well, any trip to London is like stepping through the looking glass.

Of course, there’s the big stuff: The London Eye, The Houses of Parliament, Buckingham Palace, St Paul’s Cathedral – you’ll no doubt know them before you see them. But there’s so much more to London than this.

History? The city’s got bags of it – you can even visit a few ruins from the times when London was the Roman city of Londinium.

Culture? With a world-class arts scene and almost endless options when it comes to theatre, musicals, music and film, it’s certainly not lacking on that front – and that’s before you even get to the art galleries.

Food? The past few decades have seen London’s culinary scene explode – from high-end restaurants with a trail of Michelin stars to street food where you sit elbow to elbow with the locals – there’s plenty to keep your stomach fed and very, very happy.

Alternatively, you can save this London tourist map, which has all of the main sights and attractions from my London guide saved onto it. Simply save on Google Maps, offline and go.

How to Plan a Trip to London: Before You Go

London is truly a year-round destination. High season is in the summer and the month before Christmas when prices are at their highest and the crowds their busiest. Travelling during the late spring or early autumn is a much better alternative, when prices are more reasonable and you have a little (just a tiny bit) more room to breathe.

Read More: When is the Best Time to Visit London?

Handy Resources for Getting To London

London has several international airports so flights are generally quite reasonable.

Have a play around on Skyscanner at choosing different airports to compare prices. Just remember that some, like London Luton, Stansted and Southend take longer to get into the city centre from.

By Train or Bus

London is connected to a number of European destinations (including Paris, Brussels and Amsterdam) via Eurostar. Trains arrive in London St Pancras.

Eurolines runs a number of international coach services to and from destinations across Europe – the hub station is in Victoria.

At least some of the success of your London trip will depend on where you choose to stay. Choose to stay too far out and you’ll spend lots of time travelling into the centre, but city-centre accommodation can be very expensive.

A sleek and stylish boutique hotel in the heart of Covent Garden, The Henrietta is a great choice if you want to stay as centrally as possible in luxury rooms that are both comfortable and elegant at the same time.

Check prices + Availability at The Henrietta on Booking.com

A four-star boutique hotel in Shepherd’s Bush, K West strikes a good balance between location (it’s only 5 minutes walk to the underground station, from which the tube to central London is only 12 minutes) and value for money. Contemporary rooms are airy and welcoming and it also boasts one of the city’s best spas.

An old castle transformed into one of the city’s coolest (and prettiest) hostels / budget hotels, Safestay is located in one of London’s prettiest parks – Holland Park. It’s one of the city’s more unique places to stay – offering budget accommodation in a quiet and friendly setting.

Don’t want to stay in a hotel? London has a wealth of Airbnbs for you to choose from too. Consider factors such as location and ease of transportation as well as price before you book.

Read More: The Best Airbnbs in London or The Best Areas to Stay in London (and Recommended Hotels for Each)

Packing for Your London Trip

Packing for a trip to London is a difficult task – not least because the weather is never entirely predictable. While it would be a sorry state of affairs (read: impossible)  if you had snow during a trip in June, you can have chilly temperatures, rain, wind or (hopefully) brilliant sunshine.

London Visitor Guide: What to Do During Your London Trip

Top 5 Things to do in London

Walk Along the South Bank

London is a very walkable city – but few short walks showcase the city at its best like the walk along the South Bank.

Start at Tower Bridge, from which you can also see the Tower of London on the other side, then start walking – you’ll pass many of London’s iconic sights – The Globe Theatre, The Millennium Bridge, The Tate Modern Museum, The Southbank Centre among them. Finish up just past The London Eye and soak up the views of The Houses of Westminster and Big Ben from across the river.

See the Changing of the Guard

Head to Buckingham Palace to see The Changing of the Guard – the flamboyant procession that takes place when the Old Guard is replaced by the New Guard. Expect lots of marching, striking uniforms, brass band music and a spectacle you’re sure to remember.

Undoubtedly one of London’s biggest tourist attractions, The British Museum has one of the most expansive collections in the world. Expect to see pieces from Assyria, Ancient Egypt, Ancient Greece, The Roman Empire and more. Go with plenty of time and a comfortable pair of shoes.

Have a Pint in one of London’s Historic Pubs

It really is true – Londoners love a pub. The pub has sat at the heart of London life for many a century, which is why the city has so many gorgeous historic drinking holes for you to enjoy. Sit down, order a pint and enjoy the atmosphere.

Indulge Your Stomach at Borough Market

Bustling Borough Market is a gastronomic paradise. Artisan produce, fresh fruit and vegetables, delicious delicacies – it’s no wonder that it’s London’s best-known food market. There are plenty of street food options for you to try, or pick up a few foodie treats to bring home with you.

Don’t try and pack too much in. Stick to Central London – you can easily cover Buckingham Palace, St James’s Park, Westminster Abbey, The Houses of Parliament + Big Ben, The London Eye, Trafalgar Square and Covent Garden without breaking a sweat.

Make time to see a West End show (or a play off West End somewhere like the National Theatre) before winding up with a post-theatre menu dinner in Soho.

Read More: How to See the Best of London in a Day

Two days gives you a little more flexibility…or time to fit a lot more in, depending on how you look at it. Either way, I’d try and squeeze in one of the museums in South Kensington’s museum mile (take your pick from The Natural History Museum, The Science Museum and the Victoria & Albert Museum) for which you will need at least a couple of hours.

Read More: Two Days in London – What to See and What to Skip

If you’re more interested in getting off the beaten path than going to see the big attractions, London will welcome you with open arms. Here are a couple of my favourite spots.

Read More: Quirky and Unusual Things to Do in London

How to See the Best of London for Free

London isn’t a cheap city to travel to – but if you are on a budget, there are a surprising number of brilliant things to add to your London city guide that will keep you entertained … for free.

Read More: 30 Rather Brilliant Things to do in London for Free

Where to Eat in London

London’s culinary scene has transformed in the course of the past few decades, moving from mediocre at best to one of the most diverse and eclectic in the world. Street food markets abound as equally as Michelin-starred restaurants – there truly is something for everyone.

Read More: Where to Eat in London – 12 Top Picks For Your Trip

Where to Drink in London

Pubs, secret bars, exuberant clubs – London’s drinking scene is well and truly alive. You can barely walk a few places without coming across somewhere to whet your whistle – but not all of them are worthy of your time. Avoid the chain pubs and bars and go for something a little more interesting.

Read More: Secret Bars and Speakeasies in London or The Insider’s Guide to The Oldest Pubs in London

There’s much more to the UK than London – and if you have time, you should go and explore. Here are a few ideas:

London Travel Guide: Basic Tips and Tricks for Making the Most of Your Stay

Tips for Travelling to London

Read More: 40 Things You Need to Know Before You Travel to London

London doesn’t have a big tipping culture – tips are around 10-15% (though more is always appreciated) and you’re perfectly entitled not to tip if the service has been bad. A service charge of 12.5% is often added to the bill in many bars and restaurants. 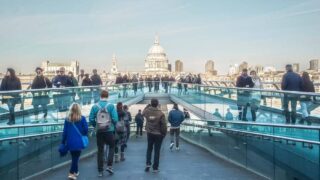 Cool things to do in London. 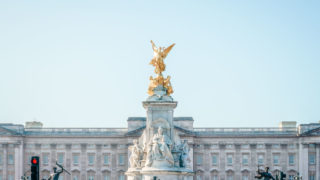 One Day in London: The Best Way to See London in a Day

The perfect one day London itinerary 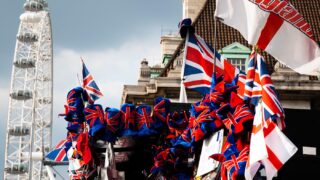 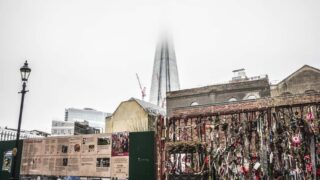 55 Quirky and Unusual Things to do in London

Get off the beaten track in London. 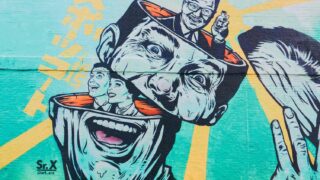 30 Free Things to do in London - Cool, Quirky and Totally FREE London Attractions

Fabulous things to do in London for free. 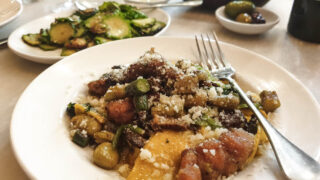 The Best Places to Eat in London: An Insider’s Food Guide

Where to eat in London - 12 brilliant food hotspots. 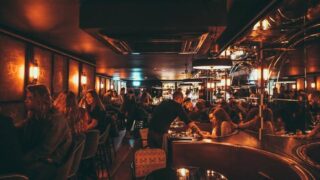 Drink your way around the best secret bars in London with this indispensable guide. 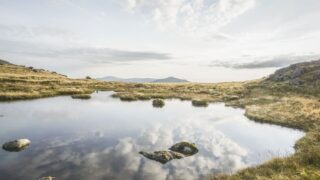 Day trips out of the big smoke. 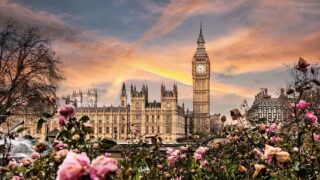 The Best Time to Visit London - An Insider’s Guide

Plan your trip to London with this step by step guide. 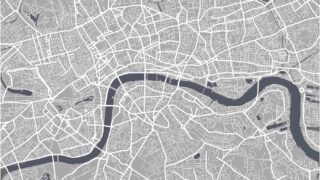 The only map you'll need - complete with a downloadable Google Map. 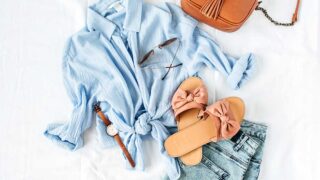 London Packing List: What to Pack for Your London Trip 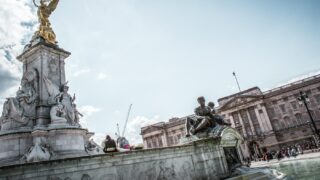 A neighbourhood guide to the best areas to stay in London. 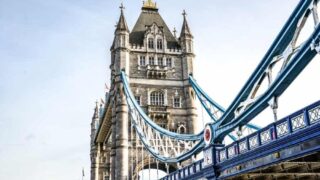 Sightseeing in London: 39 Top London Attractions and Tips for Exploring Them

Top sights for your London trip.

40 insider tips - things you should know before you travel to London. 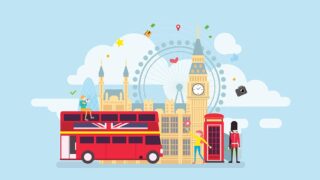 Tipping in London: A Practical Guide

When, how and how much to tip in London.

More London tips from the blog.

Any questions or suggestions for this free London travel guide? Drop me a comment below.

Simply hover over any of the images to save it for later. Or follow my London Tips and Guides board for more London inspiration.